Using a wheelie bin as a wicket, stepping on a bindi and ‘pulling a Bradbury’: Iconic Australian practices are ranked from best to bogan

Self-deprecating Australians are laughing at an amusing ranking of iconic homegrown tendencies, exclusively exhibited in the Land Down Under.

It’s the latest in a line of controversial ratings created by Sydney media manager and self-proclaimed ‘List King’ Bruno Bouchet, who grades everything from classic snacks to the world’s hottest men on Instagram.

Uniquely Aussie traits topped the poll, with habits like using a wheelie bin as a makeshift wicket for cricket and snapping the middle toe-piece out of your thongs – or flip flops – lauded in the ‘God tier’.

Quoting the line ‘straight to the pool room!’, an iconic anecdote from the 1997 Australian comedy The Castle, was also awarded a top spot.

Going to hardware store Bunnings just to buy a sausage sandwich and the unrivalled satisfaction of squashing a mosquito featured in the ‘Royalty tier’, alongside the nationwide confusion about what a ‘smart casual’ dress code really means.

Self-deprecating Australians are laughing at this amusing ranking of iconic homegrown tendencies, exclusively exhibited in the Land Down Under

Streaking at sports games, the pain of stepping on a ‘bindi’ – a prickly weed – and shouting ‘TAXI!’ when a glass is smashed in a bar appeared in the ‘Adam Sandler tier’, which represents a middle ground of ‘take them or leave them’ experiences.

Eating kebabs after a night out and not knowing the second verse of the national anthem Advance Australia Fair were shamed in the ‘Pleb tier’, along with lacing cable ties onto your bike helmet.

The phrase ‘pulling a Bradbury’, which refers to Australian speed skater Steven Bradbury’s unlikely gold medal victory in the 2002 Winter Olympics, was also given low status.

Bradbury made it to the finals by trailing behind the front pack of semi-final skaters, who crashed into a pile-up while he coasted along to the finals.

In the final heat, he tried the same tactic and came out on top when the entire field collapsed on top of itself, leading him to one of the most bizarre gold medal wins in Olympic history.

Bottom of the barrel on the ‘Cat vomit tier’ were habits like referring to pop superstar Kylie Minogue as Charlene, the name of the character she played on Australian soap Neighbours from 1986 to 1988 before the height of her fame.

Complaining about the halftime musical performances at AFL Grand Finals, wearing Ugg boots outside the house and saying ‘nah yeah’ instead of ‘yes’ and ‘yeah nah’ rather than ‘no’ were also slammed.

The list received praise from stars and influencers, including Australian journalist Ben Fordham who has been a vocal critic of Mr Bouchet’s rankings in the past.

‘I suppose if you make enough lists…eventually you get one right,’ he said, adding a an emoji of a dart hitting a bulls-eye.

Many called the ranking his ‘best ever’ with one fan going so far as to say: ‘Classic king, this guy is unstoppable!’

But while most were satisfied with Mr Bouchet’s arrangement, some took issue with the low positioning of late-night kebabs.

‘Pretty accurate – just the night out kebab should be further towards ‘God tier’. Other than that, you got this pretty much right,’ one woman said.

‘I agree with this except the ‘yeah nah’ [part]. I use that all the time,’ said another. 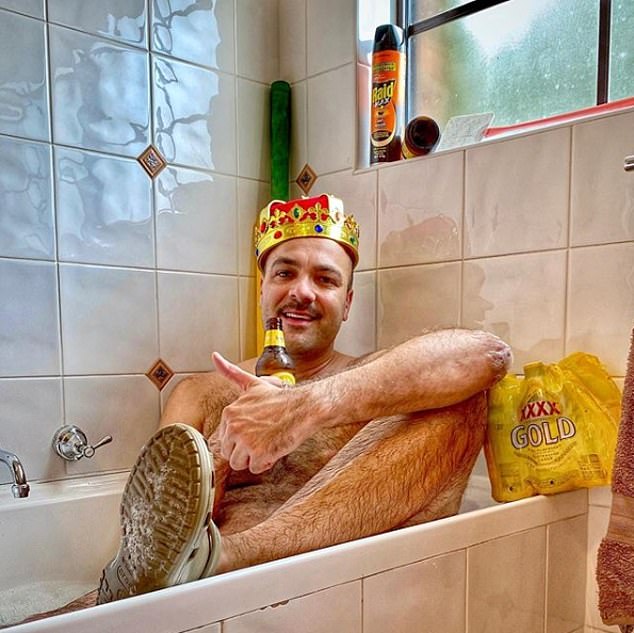 It’s the latest in a line of controversial ratings created by Sydney media manager and self-proclaimed ‘List King’ Bruno Bouchet (pictured), who grades everything from classic snacks to the world’s hottest men on Instagram