What started out as a playful joke between Maroon and panellist from Fox Sports James Hooper in relation to supposed cash-in-hand jobs quickly escalated, with the radio personality in no mood to be at the centre of the joke.

Maroon, who has been on the airwaves for 32 years, warned Hooper and fellow panellist Paul Kent, from the Daily Telegraph and Fox Sports, as well as NRL great Gorden Tallis the jokes about him allegedly not declaring his invoices to the Australian Tax Office when he MCs sporting events across Sydney were wearing thin.

When the trio continued to goad Maroon, he snapped and first made reference to Hooper’s driving record.

‘I don’t have a problem with the ATO, I welcome it, mate, but I am just wondering when are you going to be back on the road, Hoops?’ Maroon told listeners.

Hooper responded by asking: ‘Why are you jumping around like a cat on a hot tin roof?’ 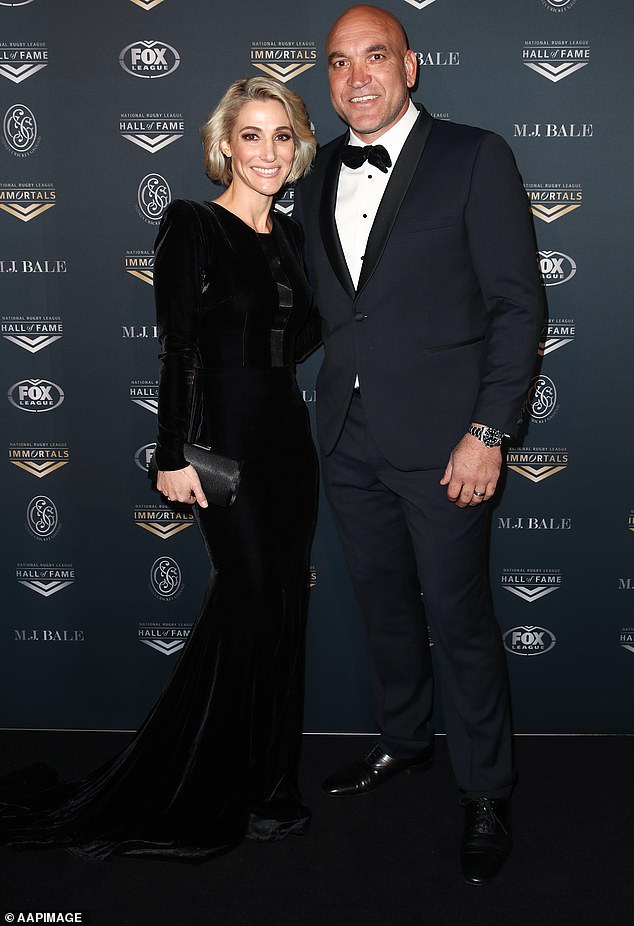 NRL great Gorden Tallis was also a target for a fired up Maroon, who alleged the Fox Sports identity didn’t adhere to lockdown rules in Queensland at the height of the pandemic

Maroon stood his ground, declaring he was ‘fed-up with the bulls**t’ and was ‘blowing up’ because he was ‘sick to death of it’.

Next he intimated that Tallis didn’t follow Covid stay at home rules during lockdown in Queensland and that Kent was often the last man standing in his local pub.

He then declared, ‘Let’s keep going, boys…because when it comes to you three, I live a very boring life.’

Maroon was alleging the two scribes as well as footy legend Tallis all have skeletons in their closets they wouldn’t want listeners to know about.

He then stormed out of the studio in Sydney’s CBD and didn’t return, with Kent assuming the host duties for the rest of the program.

2GB morning host Ray Hadley weighed into the conversation on Tuesday, calling out Triple M management at Southern Cross Austereo for not addressing the matter  before it turned ugly.

In May last year, Triple M in the NSW regional towns of Coffs Harbour, Griffith, Orange, Port Macquarie and Wagga Wagga announced they would no longer broadcast the Ray Hadley Morning Show, prompting the shock jock to bring up the matter on his show. 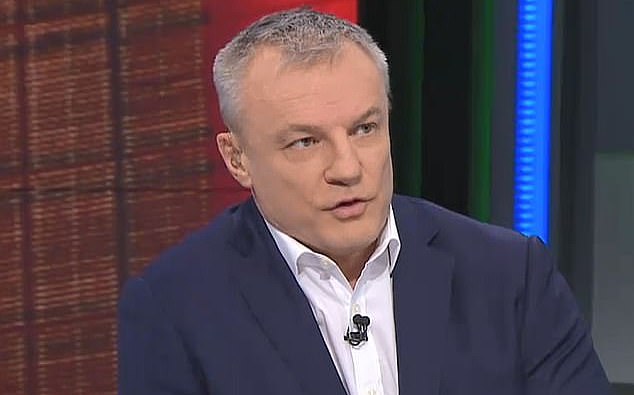 ‘To say it’s distressing is one word, embarrassing is another,’ he said.

‘I have some concerns about Anthony Maroon because he stormed off-air and hasn’t been in contact with anyone since.

‘The other people that had a role in this [Hooper, Kent and Tallis] need to have an examination of themselves as well…they owe him [Maroon] an apology.’

Triple M released a statement on Wednesday, confirming the matter is being ‘managed internally.’

‘On Sunday 1 May, during Triple M’s NRL broadcast, the on air team Anthony Maroon, Gordon Tallis, Paul Kent and James Hooper had a disagreement which led to Maroon leaving the broadcast. SCA is managing the issue internally.’