Lithuanian police pull over ‘drunk driver’ who speeds off

By Faima Bakar For Mailonline

Police in Lithuania were furious after a man pulled a fast one, literally, as he sped off after being pulled over.

The supposedly drunk man had no time to be stay and chat to the officers who were trying to take down his details.

The man, accompanied by another female passenger seemed calm and straight-faced before he drove off in full throttle.

The drunk Lithuanian man smiled coyly at the officers who stopped him for drink driving. Cameras were seen as they took his details and the car he was driving 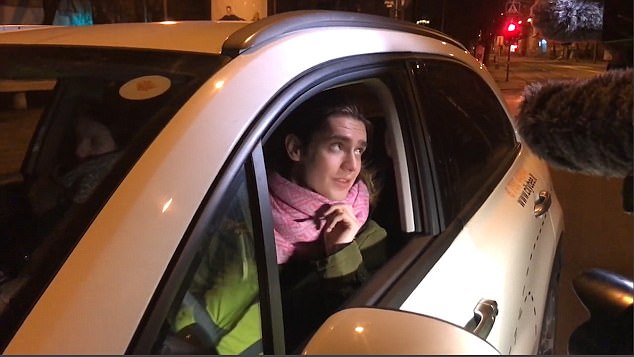 The plain-clothed man seemed compliant at first, answering questions asked by the police

The one-minute clip showed officers taking pictures of the vehicle, a City Bee rental, as the man complied with their requests.

Smiling at the officers, he shoots a cheeky smile at his friend and rolls up his windows.

The wide-eyed man stays static for a moment before getting into gear and rushing off. 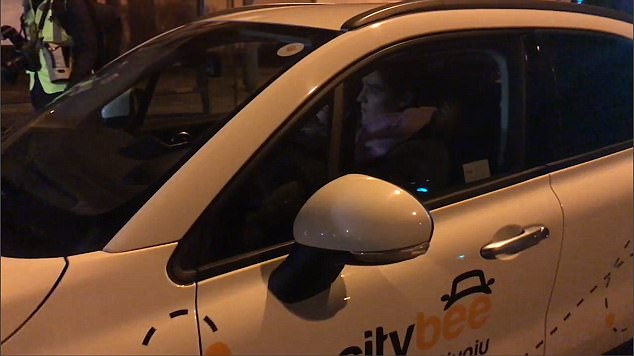 He had been driving a City Bee rental car which you only pay for use via an app, without any written contracts 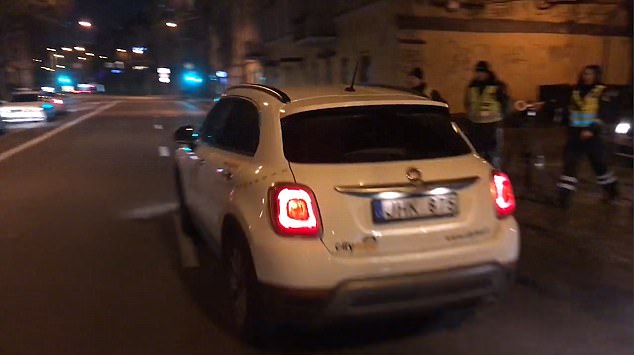 Officers had to run out of the way once the man got into full gear. One female officer could be seen laughing in shock and amusement 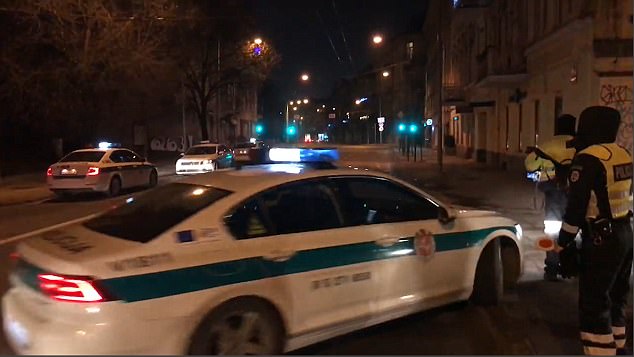 Police filmed the car speeding off before they too gave chase. Up to four police cars trailed behind him in a bid to catch the driver

Officers were left to scramble after him as they realised he wasn’t not coming back.

Bewildered voices could be heard as they shouted after him, before quickly running into their cars and giving chase.

Three cars sped after him while one reversed onto the road before also shooting off after him. A taxi almost got in the middle of the high-speed chase. 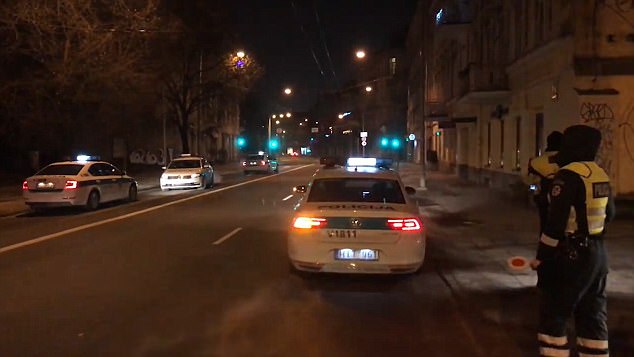 Two police cars had to reverse quickly to follow him while another two faced the direction he fled in. Other officers were left manning the streets on foot