Little boy falls face first into a puddle in Australia

An adorable Australian kid felt the brunt of the country’s storms after running across wet grass and tripping, falling face first into a puddle.

The video posted recently on Junkinmedia.com shows the young boy trying to run and shelter from the rain when he trips and falls into a puddle, sending one of his gumboots flying.

The boy was being filmed by his mum, who erupted into laughter at his expense. 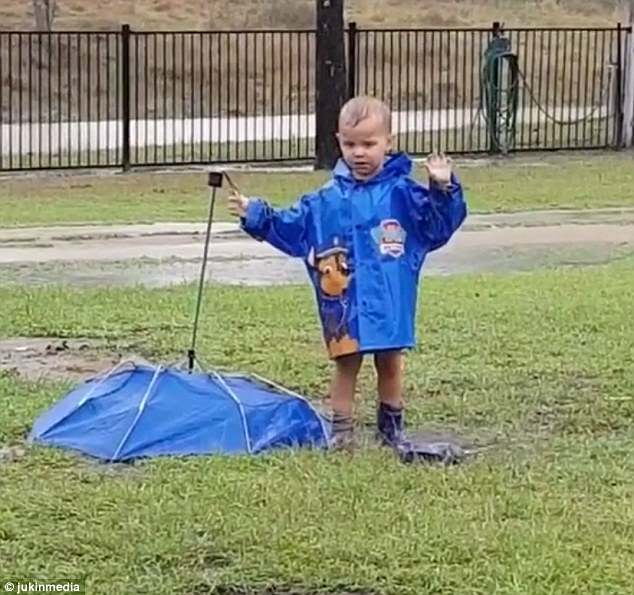 ‘You just made me angry’: The boy didn’t react well to his mum laughing at his puddle fall

The little boy stands up with one foot in the mud, picks up his gumboot and inside-out umbrella and shouts to his mum: ‘You made me cross.’

‘You just made me angry,’ he adds.

The mum can only keep laughing as her soaking-wet child walks off and chastises her, dragging the umbrella behind him. 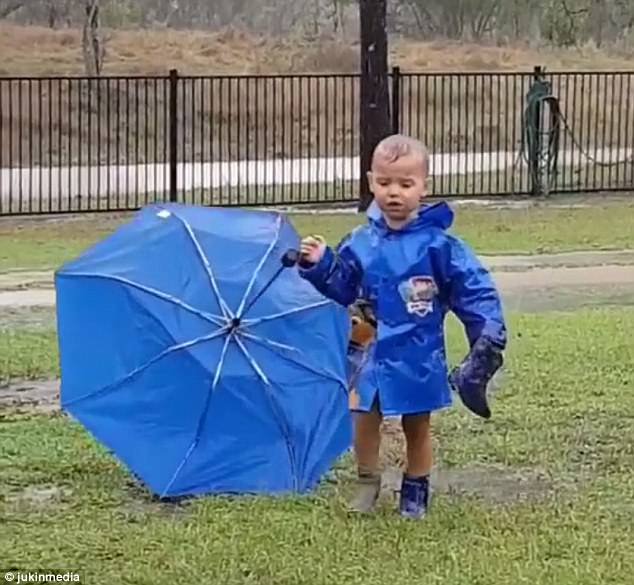 The boy stomps back to his mother – gumboot in one hand, umbrella in the other