Little girl, 9, dies in her sleep after a sudden sugar crash sent her into a diabetic coma

A nine-year-old diabetic girl never woke up from a sleepover after her blood sugar crashed fatally last weekend.

Sophia Daugherty was spending the night with one of her friends in New Castle, Pennsylvania last Saturday night.

But on Sunday morning, she couldn’t be woken, WPXI reported.

Sophia had fallen into a diabetic coma, and she never recovered from the damage it inflicted on her brain and died on Wednesday at the hospital.

Sophia had lived with type 1 diabetes for most of her short life.

She and her family had a seemingly good handle on the management of her disease, keeping her healthy enough to participate in cheer leading, be a full time student and maintain an active social life.

Like most children with type 1 diabetes, Sophia’s blood sugar had to be monitored throughout the day.

People with type 1 diabetes cannot make their own insulin, a hormone made and secreted by the pancreas.

Insulin is the key substance to converting the carbohydrates we eat from solid food into energy available for our bodies to use.

So adults and children with diabetes, like Sophia, must have injections of artificial insulin, usually around their meal times.

Without it, blood sugar can free fall to dangerously low levels.

This is exactly what happened to Sophia that fateful Saturday night.

Even with diligent monitoring, blood sugar can veer dramatically and suddenly due to causes that aren’t always immediately obvious.

It is unclear what Sophia’s last night awake was like, but the Mayo Clinic notes that skipping a meal, injecting too much artificial insulin, or even subtle changes to her routine – like being more physically active than usual – could throw her body out of whack and drive down her blood sugar.

That state, hypoglycemia, would make one feel weak, nauseous and dizzy if they were awake.

It isn’t just the body that needs energy from blood sugar – or glucose – in order to function properly; the brain runs on glucose, too.

As much as half of hypoglycemic events happen while people are sleeping – a terrifying prospect, especially for the parents of a diabetic child like Sophia. 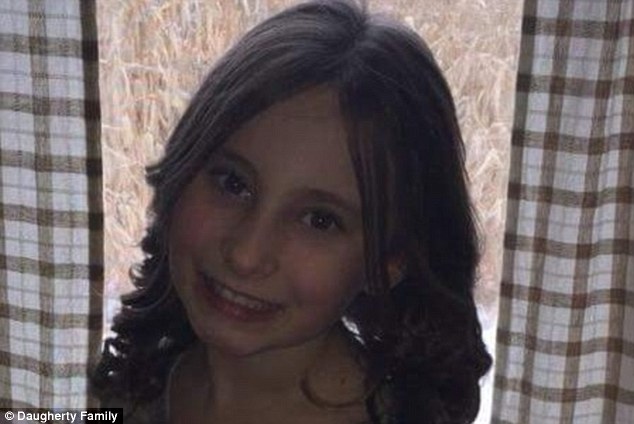 Friends, teachers and family often described the little girl as ‘sweet Sophia.’ Hypoglycemia often happens at night, but rarely proves fatal, as it tragically did for the fifth grader

Without energy, the brain’s mechanisms start to fail and neurons start to die.

If caught in time, raising glucose levels in the blood’s plasma carefully can be life-saving.

But there is no way of telling how long Sophia was in a diabetic coma.

It’s possible hat when she appeared to fall asleep, she was actually losing consciousness due to lack of glucose.

The family of the friend she had been staying with rushed the little girl to her hospital.

It wasn’t long before Sophia’s family and friends were by her side.

The sudden brain starvation has caused permanent trauma, and a herniation of her brain stem.

It was more than Sophia’s little body could handle and on Wednesday, she passed away, devastating her family.

Her family set up a Go Fund Me page to cover medical bills and funeral costs, with a simple, heartfelt message: ‘We lost Sweet Sophia,’ as a teacher from her school said the girl’s many friends called her.

‘She went home to heaven on Wednesday September 19, 2018 at 3:44pm. She was surrounded by her family and friends. She no longer suffers from this disease. Your prayers and support are priceless,’ the family added.

They take some comfort knowing that their daughter’s donated organs may save the lives of other children.