‘Mmm!’ Little girl desperately pretends to like her mom’s cooking in hilarious video that shows her trying not to gag while insisting the spaghetti is ‘good’

A little girl has captured the hearts of thousands after sweetly pretending to like her mother’s cooking — while looking like she’s about to gag.

Annie Wilkins took to Twitter last week amid the coronavirus pandemic to post a throwback video of her then four-year-old daughter Piper on the verge of heaving after taking a bite of her dinner.

‘My daughter pretending to like my spaghetti #spaghettidryheaves,’ the mom captured the footage of Piper’s adorable acting.

America’s sweetheart: Twitter user Annie Wilkins shared a hilarious throwback video of her then four-year-old daughter Piper pretending to like her cooking 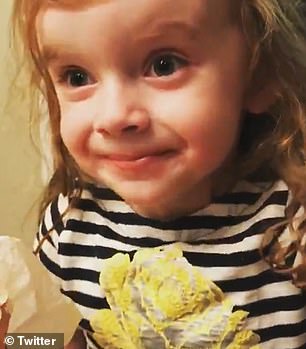 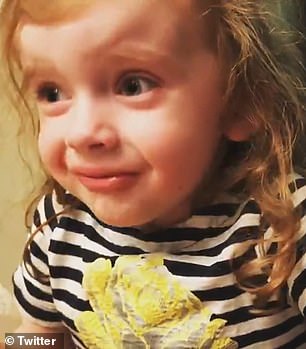 Hard to handle: In the viral clip, Piper takes a bite of her food and sweetly tells her mom it’s ‘good’ even though she is visibly trying to stop herself from gagging

The clip begins with Piper taking a bite of her pasta. When Annie asks how it is, Piper says, ‘Good!’ — right before she starts gagging.

‘It looks like you’re enjoying yourself,’ the mom jokes.

The little girl sweetly tries to hide her reaction by saying, ‘Mmm!’ but she looks like she is about to throw up her food.

‘You okay? the mom asks. 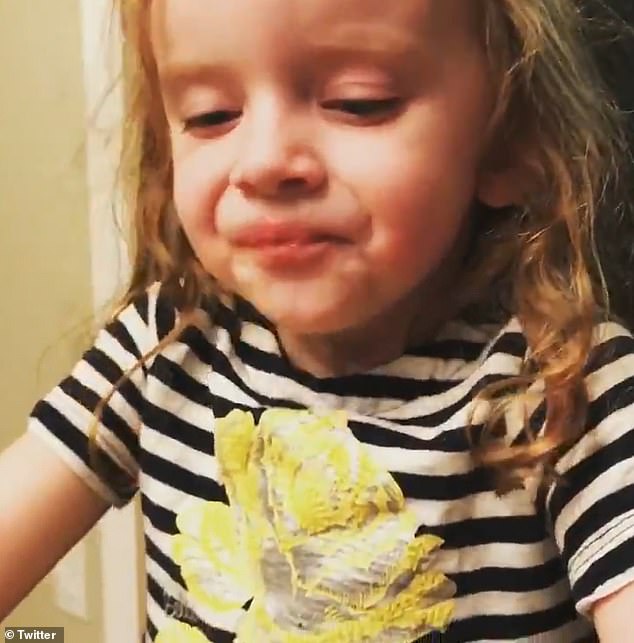 Little actress: The little girl sweetly tries to hide her reaction by saying, ‘Mmm!’ but she looks like she is about to throw up her food 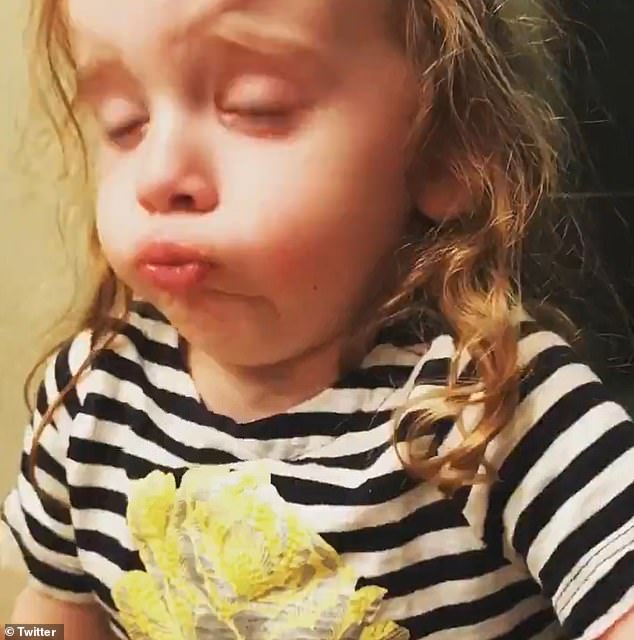 Capturing hearts: Piper, who is now seven, has become an online star thanks to her stellar performance

Piper’s siblings are giggling in the background, and after finally swallowing her food, she lets out a nervous laugh.

The heartwarming video has been viewed more than 326,000 times since it was posted on April 1, and many people admitted that they couldn’t stop laughing at Piper’s acting.

Others were touched by the little girl’s desire to protect her mom’s feelings even though she was clearly not enjoying her food. 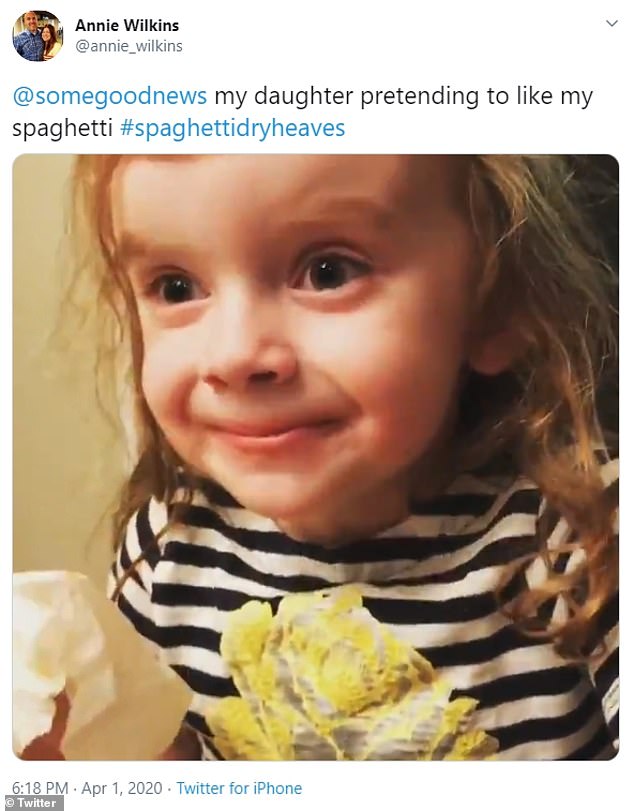 Popular: The heartwarming video has been viewed more than 326,000 times since it was posted on April 1

‘I had to come find you to tell you this is one of the funniest videos I’ve ever seen in my life,’ one person wrote. ‘I have watched it a hundred times and laugh each and every time. She’s being so polite too!’

‘What I got from this video is that my kids will never love me as much as she loves you,’ another joked.

‘My husband and I have had THE BEST LAUGHS over this!’ someone else gushed, ‘Omg we haven’t laughed so hard in daaaaaays. Cant wait to show my kids in the morning.’

After the three-year-old video went viral, Annie told In The Know that she was initially surprised by Piper’s reaction.

Too cute: Many people admitted that they couldn’t stop laughing at Piper’s adorable acting, while others were touched by her desire to protect her mom’s feelings

‘I had made spaghetti, like I had done many times before, with no one disliking it. It’s actually a dinner all my kids will eat!’ she recalled.

‘We were all sitting down at dinner eating, and I look over at my daughter and she is gagging with every bite she’s taking.’

Annie admitted she started filming the moment because she couldn’t stop laughing at Piper’s adorable facial expressions, noting that her daughter didn’t complain once about what she was eating despite her obvious displeasure.

‘I told her she didn’t need to finish her dinner if she didn’t like it,’ the mom added. ‘She just looked up at me and said, “Oh, good.” I gave her a big popsicle afterward.’