Heartbreaking footage has captured the moment a five-year-old girl was left stranded on a train station platform after the doors closed before her mother could get off.

The little girl is seen jumping out of her carriage at Melbourne’s South Yarra station last month and waving her arms in the air.

But she quickly freezes upon turning around to see the train’s doors had closed with her mother still inside.

Two commuters walking by tried to open the carriage doors but the train drove off and the little girl was left behind.

One man then walked with the child to nearby police officers, who took her hand and waited with her on a bench on the platform.

Moments later, the distraught mother is seen running down the platform while wheeling a pram and wrapping her arms around her young daughter. 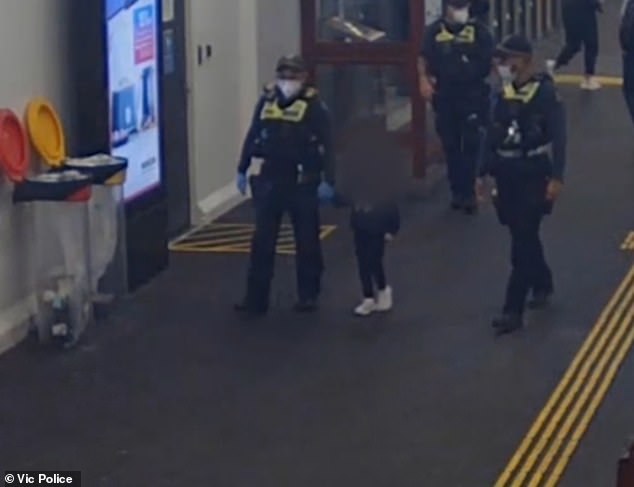 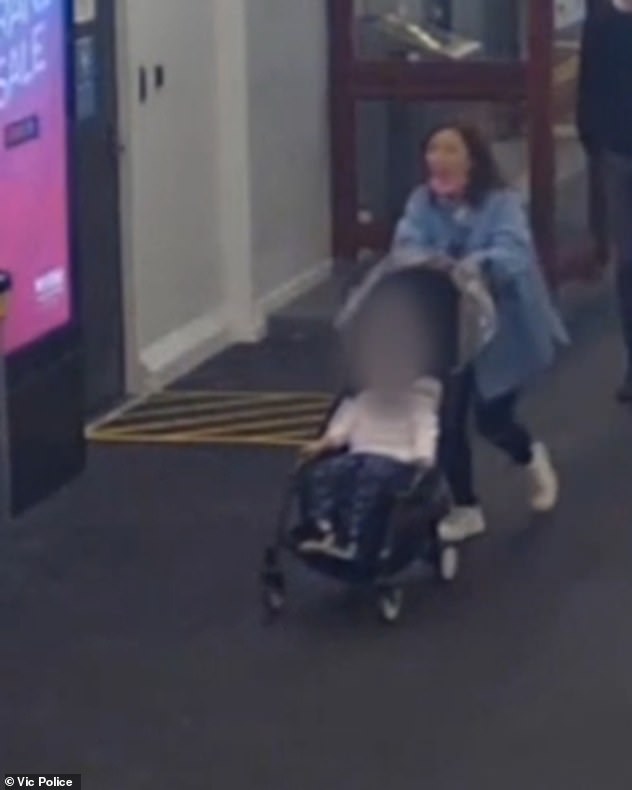 The pair then walk away together hand-in-hand.

Victoria Police said the Good Samaritan was praised for his efforts in helping the five-year-old, while her mother will thank the officers for reuniting them on Tuesday.

Protective services officers have this week returned to all railway stations in Melbourne.

‘We know a PSO presence makes people feel safe and that is our top priority,’ Acting Superintendent Craig Thompson said.

‘Our members genuinely care about the community and we know they look forward to reconnecting with them.’ 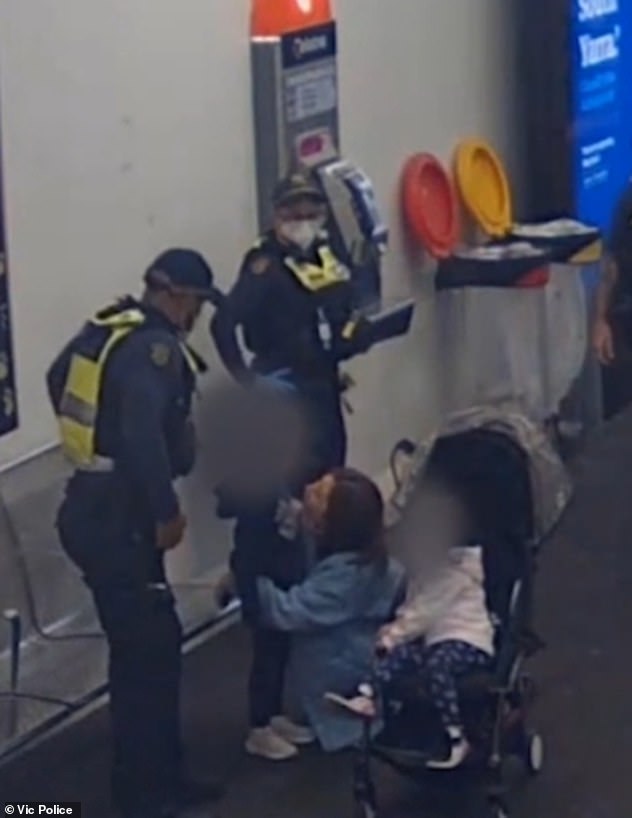