Little House On The Prairie star Melissa Gilbert, 57, reveals she has QUIT chasing youth with Botox

Melissa Gilbert revealed she has ‘quit’ struggling to retain her youth.

The 57-year-old, who rose to fame as a child star on Little House On The Prairie, used to fall back on such measures as plastic surgery, Botox and fillers.

However as she advanced into middle age she realized: ‘I look like a carrot top, and I’m not happy,’ so she relaxed into aging gracefully, she told People.

Aging gracefully: Melissa Gilbert revealed she has ‘quit’ struggling to retain her youth; she is pictured in January 2020 attending the opening night of Medea at BAM

Melissa, whose adoptive parents were both actors, entered showbiz when she was just a little girl and got her big break at the age of nine.

From then she began starring on the TV show Little House On The Prairie, which enjoyed a long run from 1974 to 1982.

After the show ended during her teen years, she continued acting but never landed a project that hit to the same degree as Little House On The Prairie.

She reflected: ‘I grew up in an industry that values the outside considerably more than the inside, and I was caught in that wheel of trying to stay young.’ 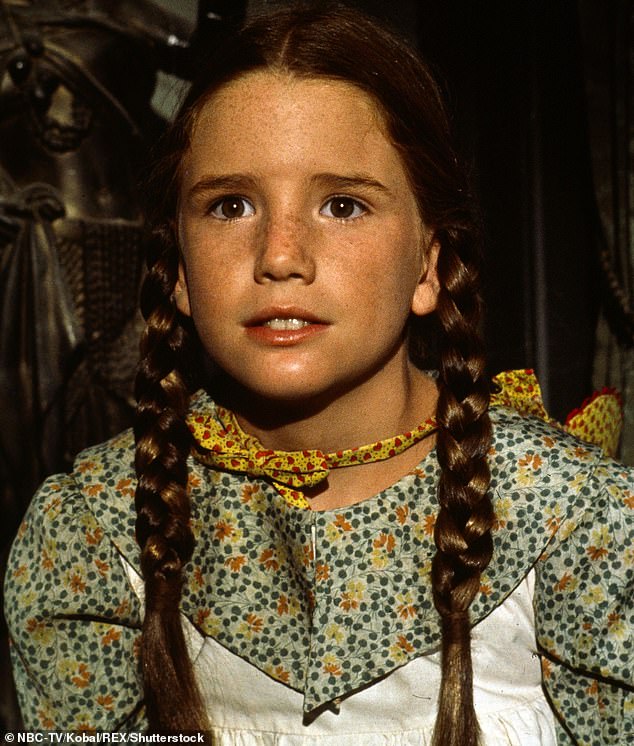 Throwback: Melissa rose to fame as a child star on the TV show Little House On The Prairie, which enjoyed a long run from 1974 to 1982; pictured in 1978

Cosmetic procedures followed, as did fillers and Botox, until eventually in the mid-2010s she reevaluated her circumstances.

Melissa married her third husband, thirtysomething actor Timothy Busfield, in 2013 and moved with him to the small Michigan city of Howell.

Two years after the wedding, she had her breast implants removed, and then in 2016 she took the additional step of swearing off Botox.

‘I finally woke up and went: “What am I doing? I look like a carrot top, and I’m not happy,”‘ she told People recently of her midlife change. 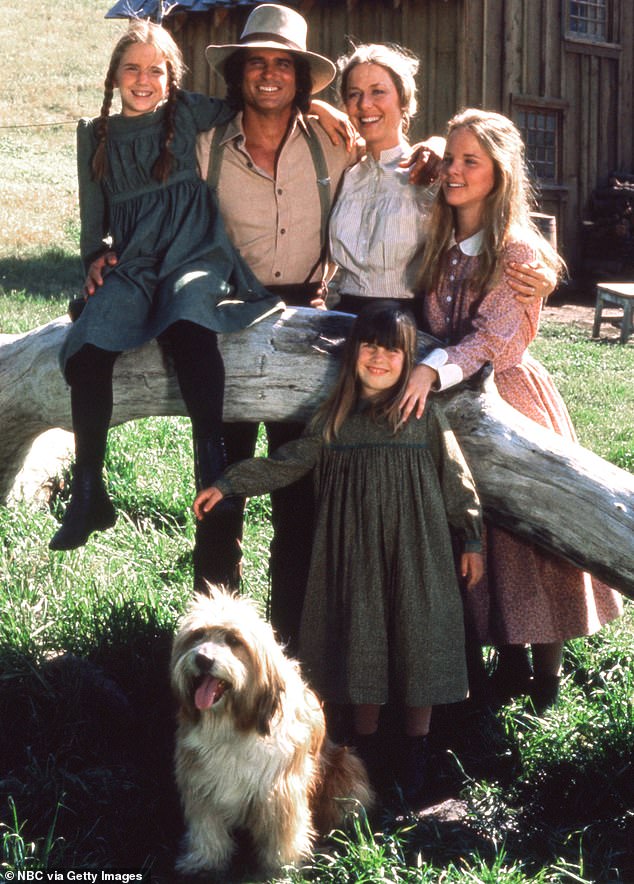 Ensemble: Melissa (left) is pictured with her Little House On The Prairie co-stars Michael Landon, Karen Grassle and Melissa Sue Anderson and Lindsay or Sydney Greenbush

‘My mindset was: “You have to stay thin. You have to be seen in the right places, wear the right shoes and drive the right car,”‘ she explained. ‘That was so drilled into me by all the outside forces. But it never sat right.’

She enjoyed a ‘reawakened love of the outdoors’ and ‘cut off all my hair and quit doing Botox and all that stuff.’

Before having her breast implants taken out in 2015, Melissa wrote a candid blog post lifting the curtain back on her reasons for doing so. 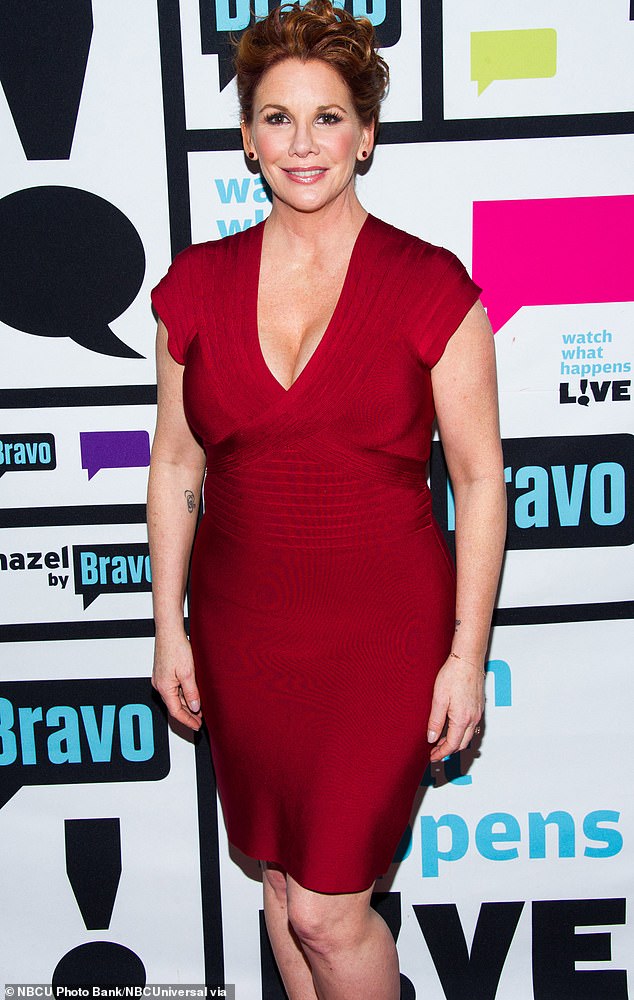 The way she was: Melissa had her breast implants removed in 2015 and gave up Botox shortly thereafter; she is pictured on 2014 swinging by Watch What Happens Live

She spent her early life with ‘perfect A cups’ as a ‘proud, card-carrying member of the Itty Bitty T**** Committee’ with ‘no desire to have a Jessica Rabbitesque figure.’

However there was external pressure, including on the final seasons of Little House On The Prairie on which she claimed ‘I was made to wear a padded bra.’

After she welcomed her first son Dakota in 1989 and finished nursing him, her first husband Bo Brinkman allegedly described her breasts as ‘Socks full of marbles with knots at the top,’ she wrote in the blog post. 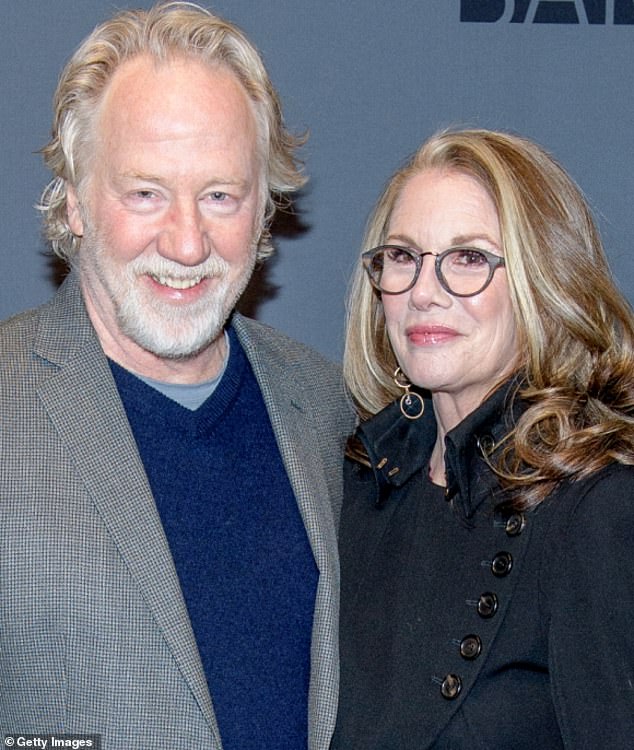 Duo: Melissa married her third husband, thirtysomething actor Timothy Busfield (left), in 2013 and moved with him to the small Michigan city of Howell; the couple are pictured in 2020

Although the marriage ended, her insecurities stayed with her, and after years of wearing padded bras all the time she eventually plumped for surgery.

Her perspective evolved as time went by and it was brought to her attention that she ought to have the implants ‘replaced every 10-15 years.’

She realized: ‘It was possible that at 80 years old I might have to get new implants!’ and eventually decided to have them removed altogether.