Leigh-Anne Pinnock has been nominated for an award at the 2021 Ethnicity Awards.

The pregnant Little Mix singer, 29, is being recognised for her powerful BBC documentary Race, Pop And Power which was first aired in May this year.

She leads a star-studded list of stars who have been tipped for gongs, which also includes footballer Rio Ferdinand, model Naomi Campbell and singer Zayn Malik.

2021 Ethnicity Awards nominee: Leigh-Anne Pinnock, 29, is being recognised for her touching BBC documentary Race, Pop And Power which was first aired in May this year

The one-hour feature, which captured Leigh-Anne’s experiences as a Black woman in the music industry, is shortlisted for a major gong at the awards show in November.

During the documentary, the singer got emotional as she shared her experience with racism and how she has been ‘treated differently’ to her Little Mix bandmates.

Leigh-Anne also met with Sugababes’ Keisha Buchanan, Alexandra Burke, Nao and Raye as they discussed racism within the music industry. 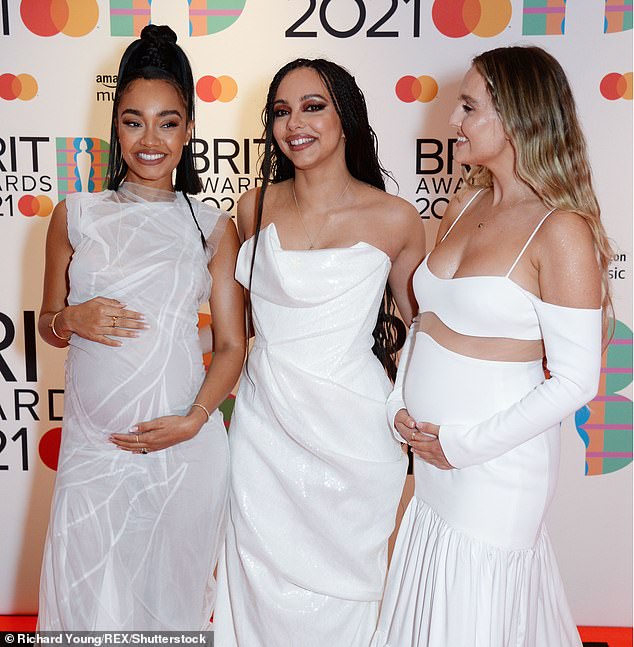 Previous winners: Last year, Leigh-Anne and her band-mate Jade Thirlwall (pictured centre) were handed the Equality Award for their support of the Black Lives Matter movement

The mum-to-be recalled how, from the moment she starred on The X-Factor, ‘things felt a bit off’ and has been ‘treated differently’ from her Little Mix bandmates over the past decade, purely because of her skin colour.

Last year, Leigh-Anne and her band-mate Jade Thirlwall were handed the Equality Award for their support of the Black Lives Matter movement.

The duo vowed to continue tackling racism after being named among the winners at last year’s virtual awards show.

On Monday, the shortlist for the Ethnicity Awards was announced exclusively with MailOnline, with a star-studded list of celebrities and public figures leading the nominations at the awards held in association with official partner HSBC UK.

Zayn Malik, Mabel and Celeste are among some of the musicians nominated for the music prize ahead of one of Britain’s most influential Black and minority ethnic awards event.

The England football squad is also nominated for an award for being the most diverse national team in history and for their efforts against racism in football.

Fans will remember how boos were drowned out by applause as the team took to the knee before the opening Euro 2020 picture against Croatia in a collective anti-racist gesture. 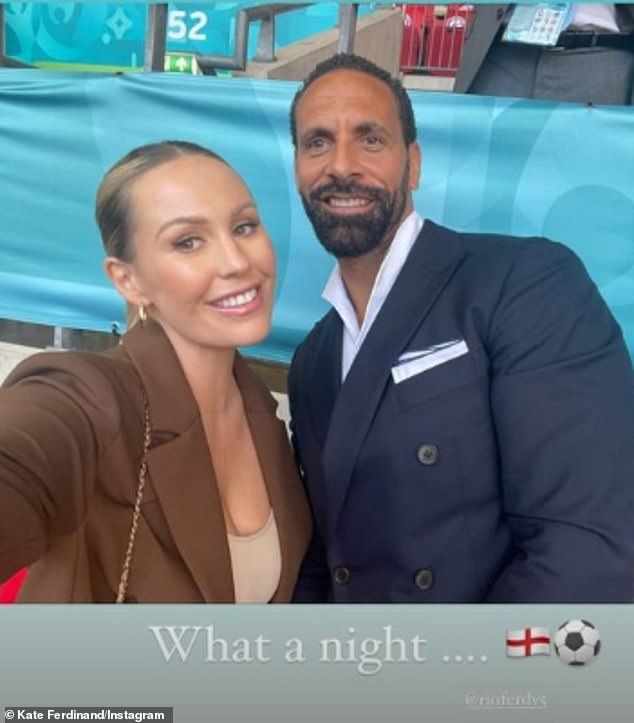 Amazing: Football legend Rio Ferdinand is also tipped to scoop a gong, with the player being recognised for his work with The Rio Ferdinand Foundation

Manchester United’s Marcus Rashford and Jason Sancho are also nominated for their high-profile support for the Black Lives Matter movement, as is Arsenal’s Bukayo Saka – who was recently subjected to racist abuse after he missed the last penalty in England’s heartbreaking final defeat to Italy.

While supermodel Naomi Campbell is also shortlisted for her charity work in South Africa alongside Great British Bake Off winner Nadiya Hussain who is a prominent campaigner for people affected by mental health issues.

Football legend Rio Ferdinand is also tipped to scoop a gong, with the player being recognised for his work with The Rio Ferdinand Foundation which aims to give young people from disadvantaged backgrounds opportunities in education and sport. 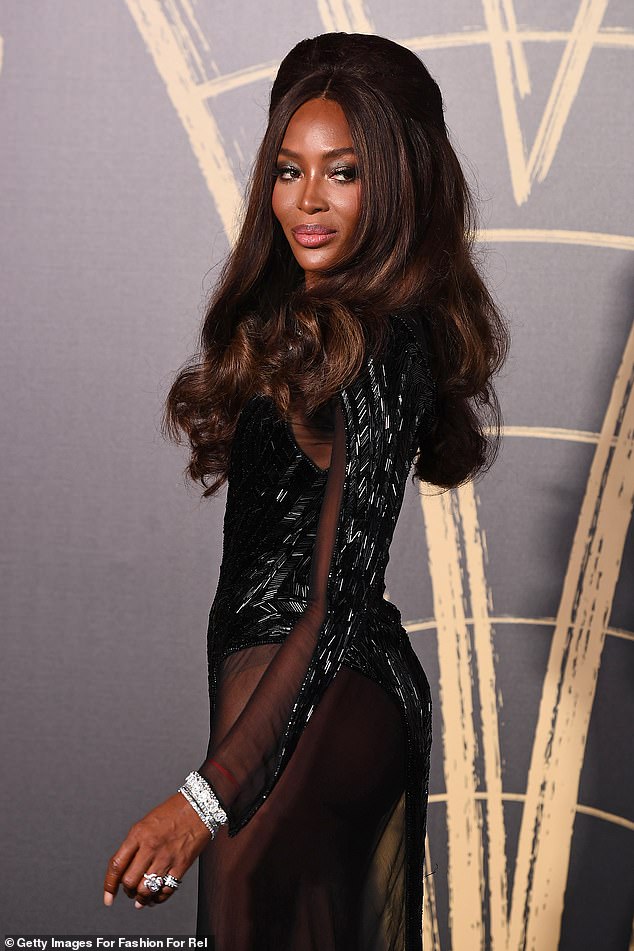 Impressive: Naomi Campbell is also shortlisted for her charity work in South Africa (pictured in 2019)

Multi-award winning singer Beverley Knight has also made the shortlisted in the Inspirational Leader category for her commitment to equality issues.

The Founder of the Ethnicity Awards, Sarah Garrett MBE, said: ‘All of those on the shortlist have used their platforms to shine a light on the issues facing the Black and minority ethnic community in what continue to be challenging times for people of colour.’

She continued: ‘The fact that England footballers need to call out racism shows that we still have a long way to go to level the playing field for all people regardless of ethnicity.’ 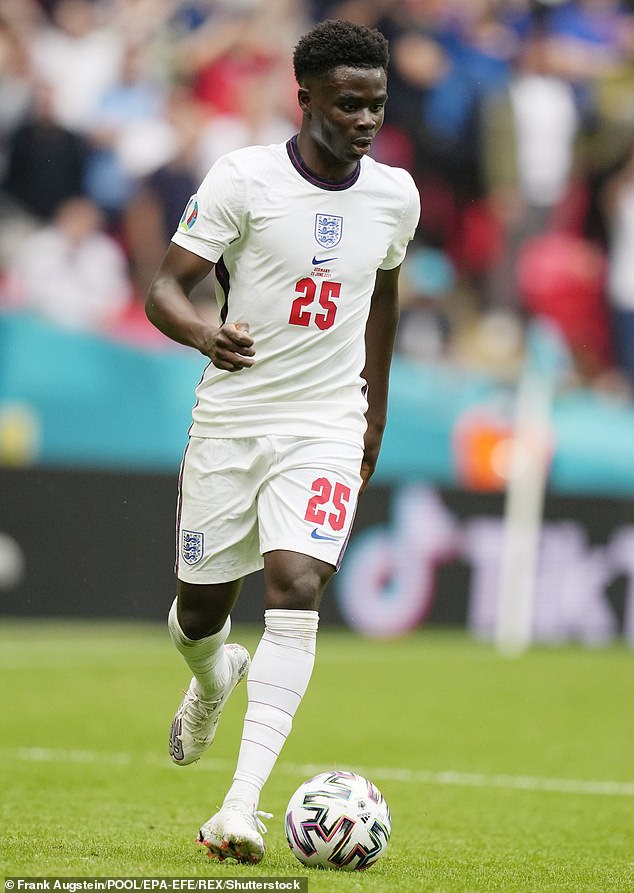 Deserving nominee: England footballer Bukayo Saka was nominated for his high-profile support for the Black Lives Matter movement after being subjected to racial abuse following England’s Euro 2020 defeat to Italy

‘All of those nominated have done important work to advance equality and promote opportunity.

‘They are incredibly deserving of this recognition and I’m looking forward to celebrating with them at the Ethnicity Awards in November.’

Taking to Twitter after Leigh-Anne’s documentary aired in May, viewers demanded that Race, Pop & Power should win a National Television Award, like Leigh-Anne’s former bandmate Jesy Nelson did with her 2019 BBC documentary Odd One Out.

One person said: ‘Leigh is just amazing and this doc better win a NTA its just as inspiring and educational. This has just scratched the surface and its making people have that conversation. #Racepopandpower #weloveyouleighanne.’

A different fan put: ‘I’m beyond proud of you Leigh. I’m watching the documentary rn and I’m already crying. I love you with all my heart and you’re the most strongest woman ever ❤️ @LittleMix #LeighAnnePinnock #RacePopandPower.’

Another viewer said: ‘Watching #LeighAnnePinnock #RacePopandPower and this documentary is so powerful and important.’ 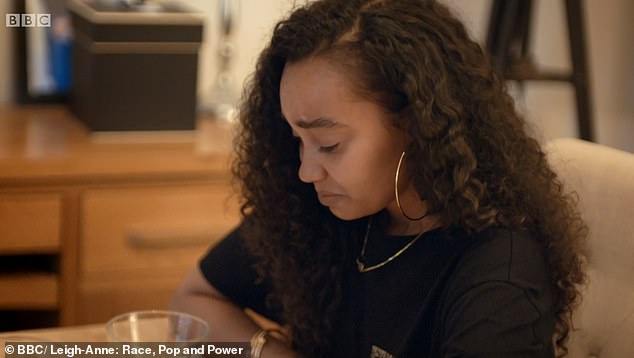 Documentary: During the documentary, the singer got emotional as she shared her experience with racism and how she has been ‘treated differently’ to her Little Mix band mates