A toddler has died from a brain tumour that doctors allegedly dismissed as being a gluten intolerance.

Lavaya Howard had undergone 40 gruelling operations as surgeons desperately battled to rid her of the fist-sized mass.

Doctors allowed Lavaya, who had spent 18 months in hospital, to finally go home earlier this month after they admitted there was nothing more they could do for her.

But the ‘little princess’ passed away in the early hours of Monday – just two days after she celebrated her second birthday.

Aleisha Cullen and Luke Howard, from Grimsby, have been left heartbroken over the loss of their daughter.

In an emotional post on social media, Ms Cullen wrote: ‘I love you Lavaya Mai, fly my special princess.’

Lavaya was found to have a brain tumour the size of a fist when she was just six months old.

Ms Cullen has previously said she was forced to beg for further investigations into her daughter’s symptoms. 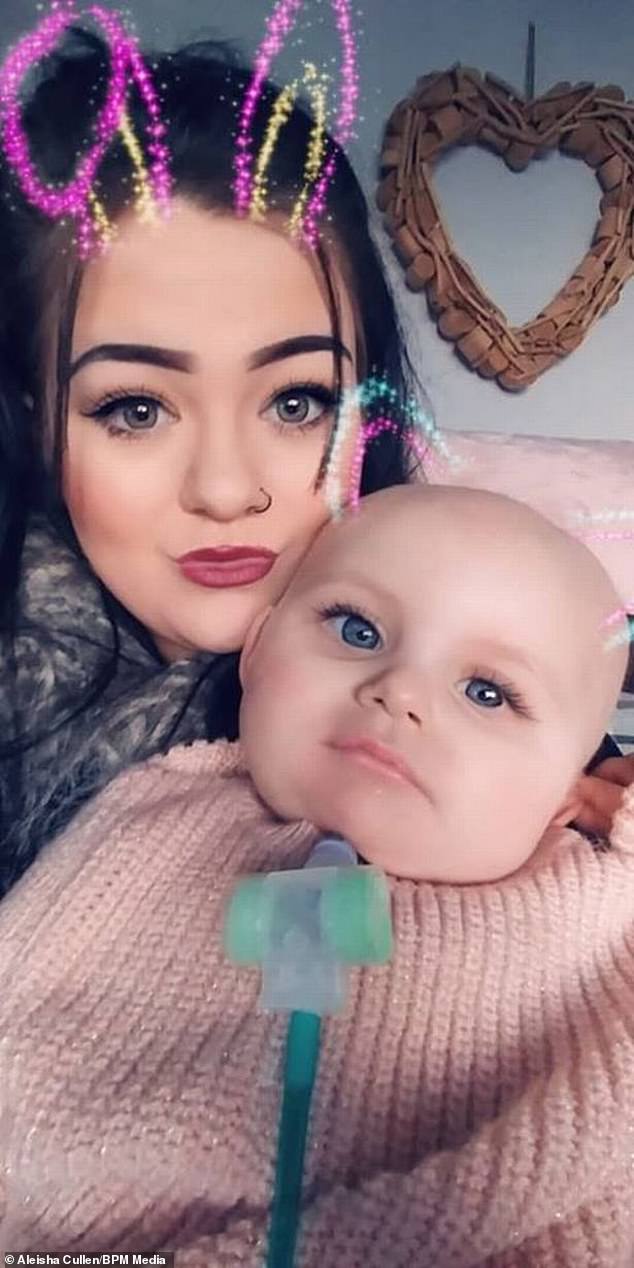 Aleisha Cullen and Luke Howard, from Grimsby, have been left heartbroken over the loss of their daughter

She told the Grimsby Telegraph in August that she was constantly told Lavaya was healthy and she was sent home from Diana Princess of Wales Hospital.

The tumour was only spotted through an MRI scan when the toddler was rushed to hospital after having a seizure.

Lavaya was then transferred to Sheffield Children’s Hospital, where she spent the past 18 months under 24-hour care.

Surgeons conducted 40 operations on her brain, some lasting as long as 14 hours, in an attempt to rid her of the tumour.

Grueling bouts of radiotherapy, chemotherapy and a new trial procedure all proved unsuccessful.

Lavaya could only breathe through a tube and was fed directly into her bowel as she was unable to swallow or process food in her stomach.

Lavaya rang the bell at Sheffield Children’s Hospital on September 3, signalling that she was finally on her way home.

But her family were determined to keep fighting and find alternative treatments.

Lavaya’s family have arranged a special balloon release this weekend in memory of her, asking everyone attending to wear pink as a tribute to their ‘little princess’.

A JustGiving page has also been set up in order to help the family cover the funeral costs for their daughter.

Peter Reading, chief executive at Northern Lincolnshire and Goole NHS Foundation Trust, said: ‘I would like to offer my sincere condolences to Lavaya’s family.

‘We are in the process of carrying out a full and thorough investigation, as we do with all unexpected infant deaths.

‘Once the investigation is concluded we will discuss the findings with the family.’ 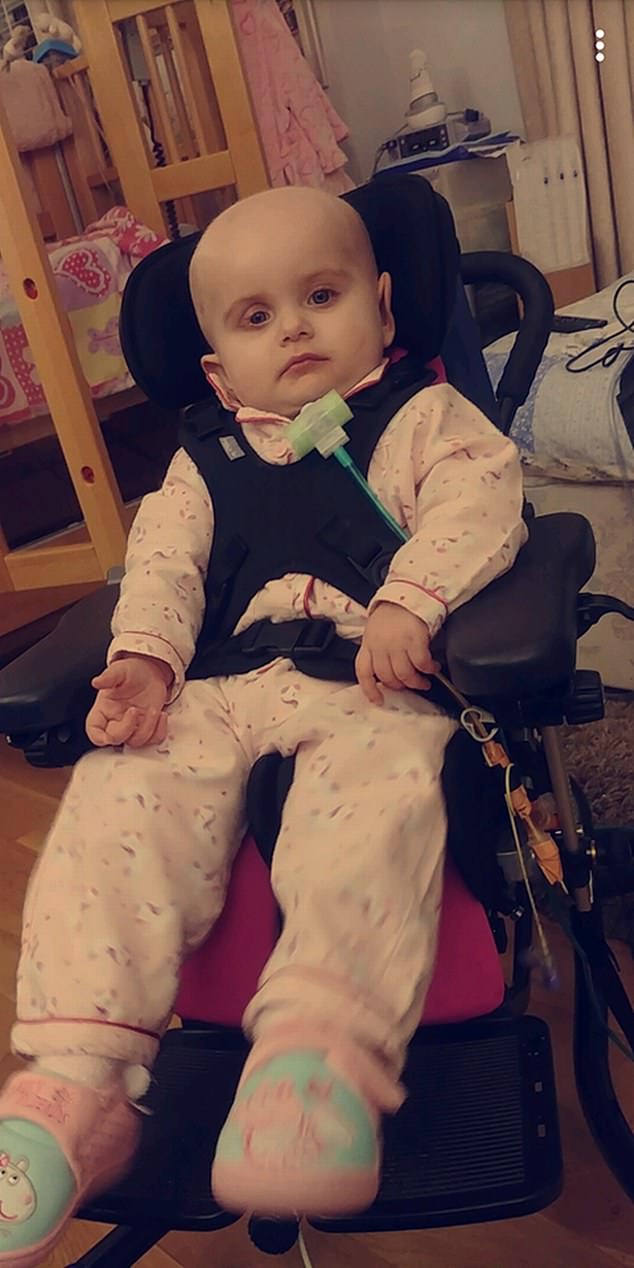 WHAT IS A BRAIN TUMOUR?

A brain tumour is a growth of cells that multiples in an abnormal, uncontrollable way.

They are more common in adults, but children are occasionally affected.

More than 9,000 people are diagnosed with brain tumours each year in the UK.

Tumours can be cancerous or not, with cancerous tumours generally growing faster and spreading.

Their cause is unknown, however, previous cancer sufferers and those exposed to radiation are more at risk.

Treatment varies but can include steroids, surgery, radiotherapy and chemotherapy.

What are the warning signs?