LITTLEJOHN on how even Halloween has become politicised

Turn out the lights, lock the doors, draw the curtains and hide behind the sofa. Halloween is upon us tonight. Indeed, it has been upon us for the past couple of weeks.

This ghastly — no, I don’t mean ghostly — commercialised U.S. import is now part of our national calendar. There’s no escape.

Some of us are old enough to remember when All Hallows’ Eve was merely a gentle warm-up for the far more important festival of Guy Fawkes Night. Those who bothered to mark the date did so decorously, with modest turnip lamps and perhaps a little light apple-bobbing to amuse the kiddies.

You didn’t live in fear of having your windows smashed or the front of your house smothered in flour and eggs. Not so today, where gangs of rapacious children and their parents roam the streets, disturbing the peace and soliciting ransoms payable in chocolate.

‘Turn out the lights, lock the doors, draw the curtains and hide behind the sofa. Halloween is upon us tonight’

It wouldn’t be so bad were it only pre-teens in fancy dress knocking on your door looking for a lucky dip into a jar of Smarties. But as the evening wears on, we can expect unruly mobs of hulking teenage boys and their surly girlfriends, swigging from cans of Red Stripe, menacing the neighbourhood and demanding Danegeld.

The adults are the worst. Over the weekend, city centres from Nottingham to Newcastle were turned into war zones with drunks dressed as everything from Freddy Krueger to Little Red Riding Hood tearing lumps out of each other.

Across the country, police warned that gangs of motorbike and moped riders kitted out in slasher movie costumes were intent on terrorising the streets, riding on pavements and the wrong side of the road, ignoring red traffic lights.

When did pulling on a Texas Chainsaw Massacre outfit, nicking a motorbike and driving at breakneck speed through a packed Arndale Centre become an acceptable way of celebrating Halloween?

Inevitably, the whole event has become politicised. Even innocent pleasures can be turned into hate crimes by social media bigots and self-appointed ‘diversity’ enforcers.

This Halloween has seen one of the most absurd examples yet, with a campaign to stop little white girls dressing up as Disney’s computer-generated Polynesian princess Moana, on the grounds that it is racially insensitive.

Raiding the dressing-up box is fraught with danger. We’ve had confected outrage over students in sombreros insulting Mexicans and white women braiding their hair into cornrows accused of being no better than slave traders. You always run the risk of offending someone, even inadvertently.

Take yesterday’s picture spread in the Mail, featuring celebs arriving at George Clooney’s Halloween party in Hollywood. Naturally, the ubiquitous Kim Kardashian was there, as one half of Sonny and Cher. 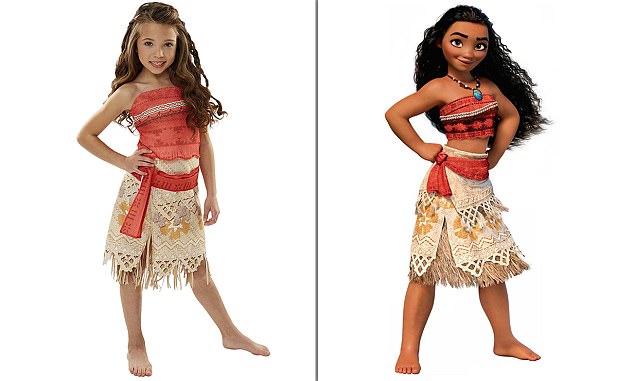 ‘This Halloween has seen one of the most absurd examples yet, with a campaign to stop little white girls dressing up as Disney’s computer-generated Polynesian princess Moana, on the grounds that it is racially insensitive’

I’m surprised she hasn’t already had her collar felt for cultural appropriation. Kim’s mum was of Irish/Dutch/English and Scottish ancestry and her dad is of Armenian heritage. Cher, as any fule kno, is part-Cherokee. So for Kim Kardashian to dress up as a Red Indian is tantamount to hate crime.

Unless, of course, Kim was the one with the moustache dressed as Sonny.

I’m not the best person to ask.

At the same party, Bruce Willis turned up in a pale blue Little Bo Peep frock and white knee-socks, sporting a long wig and full beard. He looked like something out of Monty Python.

If that’s not a calculated insult to the ‘trans’ community, I don’t know what is. Back home, the Halloween outfit which amused me most was worn by Nick Clegg’s missus.

Senora Clegg sported a Pinhead mask from the 1987 movie Hellraiser. Strange choice for a right-on brief, as she could easily be accused of mocking the afflicted — to whit, members of the migraine sufferers’ community who elect for treatment by acupuncture. Sounds like one for the European Court to sort out.

On Saturday night, I went to the O2 in Greenwich to see Hall and Oates. The Halloween spirit was in full swing. There were plenty of people wandering around looking like zombies, their faces plastered with white make-up. (Although that could have been just another hen party.)

I couldn’t help noticing that many of the revellers wearing white death masks were black. Is this reverse racism, given that there’s apparently nothing worse than white actors and Morris dancers wearing blackface?

Yesterday there was another race row over white men blacking up as Zulu warriors at a bonfire party in Lewes, Sussex.

Who knows what the rules are any more? No doubt someone might consider wearing white zombie make-up to be ‘cultural appropriation’ of the ethnic Haitian people’s voodoo tradition. There’s bound to be an expat Haitian community lurking somewhere in Britain.

Just down the road from the Polynesians, probably.

And if dressing little white girls in a Polynesian Disney princess costume is racist, then where does that leave little black girls who want to dress as Snow White?

Sorry, I can’t keep up. And I’m not the only one, either.

‘My son’s mixed-race. Is he allowed to dress up as anyone?’ 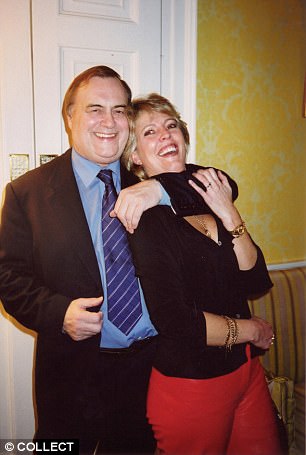 When the Harvey Weinstein affair broke, it was inevitable that Westminster would try to get in on the act.

First it was announced that the producer was to be stripped of his honorary CBE. (Who knew he had one?)

Now our political class has decided to have a sex scandal all of its very own.

Admittedly, the allegations so far are pretty mild compared with those levelled against Weinstein. But give it time. No 10 is already talking about installing a ‘sex tsar’ to clean the stables.

What we need is an elder statesman, one who has held high office and can bring first-hand knowledge of the perils of ill-advised sexual conduct in the workplace. 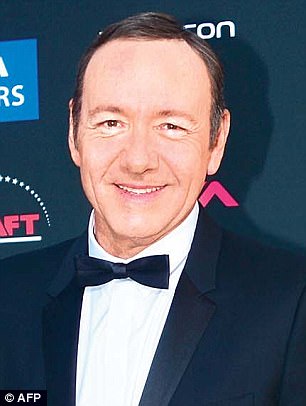 Actor Kevin Spacey is accused of molesting a 14-year-old boy in the Eighties. He says if it happened he must have been drunk, doesn’t remember, and is desperately sorry.

He adds that he is now living as a gay man (knock me down with a feather). As if that’s got anything to do with it. Actually, it’s a cute move, even though it hasn’t gone down well with gay activists who have attacked him for associating homosexuality with child abuse.

But it’s a tried and tested tactic. Spacey is attempting to make it all about his sexuality, not the assault itself, which will guarantee him sympathy in some quarters. We’re heading for ‘personal tragedy’ territory here.

Much the same happened when the late George Michael was arrested performing a lewd sex act in a Gents’ public toilet in Los Angeles. The story became about his homosexuality, not his disgusting behaviour.

Prominent feminists, including the Wicked Witch, rallied to excuse him. Poor George, they trilled. Suddenly, he was the victim.

OK, I asked at the time, what if he’d done it in the Ladies’ toilets?

Answer came there none.

The Home Office obviously didn’t take any notice of suggestions that so-called ‘British jihadis’ should either be killed or stripped of their citizenship and refused re-entry to this country. Far from it.

In fact, they’ve come up with a plan to put those who come back from fighting with Izal at the top of the housing list.

Why doesn’t that surprise me? When Afghan terrorists hijacked a plane in February 2000 and flew it to Stansted, instead of putting them in jail the British authorities rolled out the welcome mat.

The headline on my column back then read: ‘Hijack an airliner: win a council house.’