Live! Hosts Kelly and Ryan TV show costumes for Halloween from I Love Lucy to Saved by the Bell

Kelly Ripa and Ryan Seacrest pulled out all the stops with a packed line-up for ‘Live’s Best Halloween Show Ever: The Rebooooot’ following Good Morning America’s throwback theme.

The opening of the morning talk show featured major star power with Christina Aguilera while her hit song, Genie in a Bottle was playing, with both Kelly and Ryan dressed in lovely ‘I Dream of Jeannie costumes,’ with the latter sitting awkwardly sucking in his belly in the pink crop top and genie pants.

The opening set was decked out in pink curtains and pink sofas setting the scene for the enigmatic talk show hosts.

While giving a nod to ABC’s evening program, Entertainment Tonight, they delved further into the throwback theme, having ET hosts introducing shows being rebooted, like Saved By The Bell and Full House with the Property Brothers dressing up like the Olsen twins.

Michael Gelman and Art Moore joined in the costumed fun, playing supporting characters like Screech and A.C. Slater from Saved By The Bell.

Kelly, I’m home! Kelly and Ryan pulled off a fantastic Lucy and Ricky from I Love Lucy 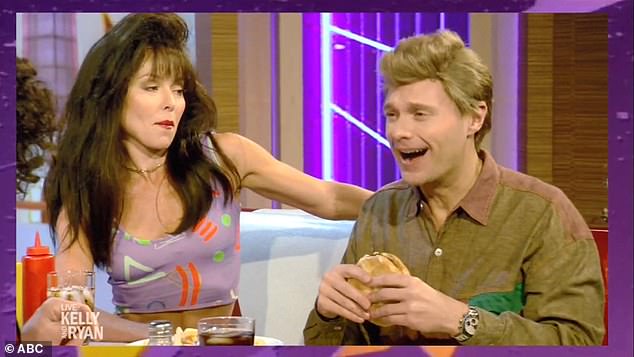 The Kellys: Ripa as Kapowski and Seacrest doing his very best Zack Morris on their throwback spectacular 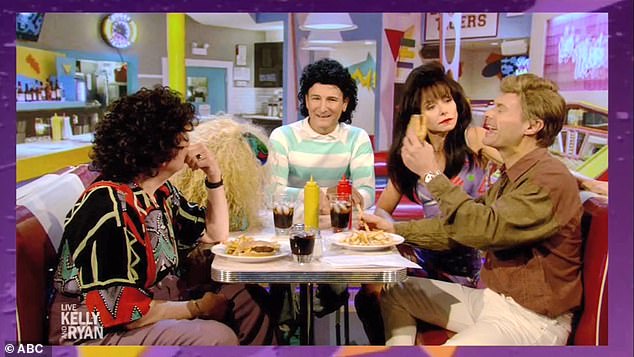 Jessie Spano shouldn’t have taken those caffeine pills! Kelly Ripa, playing the other Kelly, Kapowski riffed on the infamous scene calling out Spano sleeping on the table 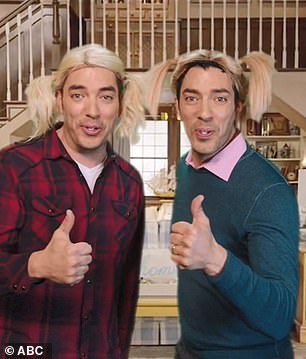 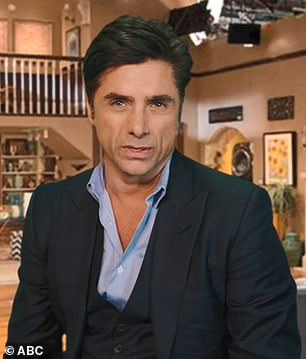 Mary Kate and Ashley, is that you? The Property Brothers decked out as the famous Olsen twins from their days on Full House. But in case they fell short, John Stamos drove the theme home by helping out the skit 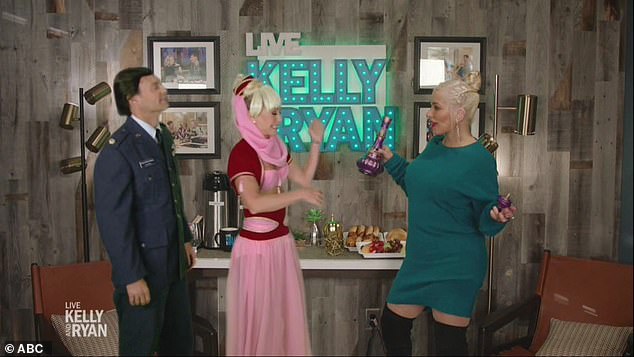 Christina Aguilera helped the hosts start off the show with their I Dream of Jeanine costumes, while XTina’s Genie in a Bottle played 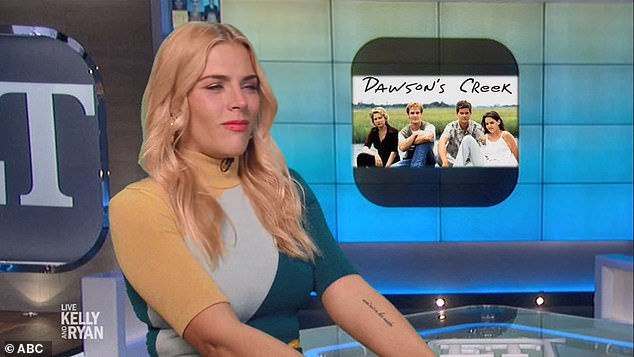 Busy Phillips played along for a reboot of Dawson’s Creek, interviewing potential 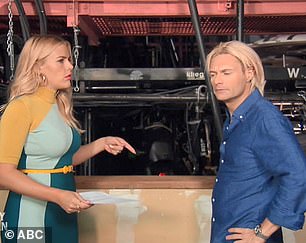 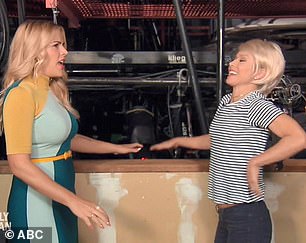 Both Ryan and Kelly auditioned with Busy for a spot on Dawson’s Creek reboot, which could never be filled, since Michelle Williams’ character Jen was killed off during the finale

Both Kelly and Ryan showed off their opposite sex voice chops. Ryan did a terribly squeaky Shirley voice while the hosts and producers played along on a Laverne and Shirley costume skit.

Dawson’s Creek fans were treated to seeing throwbacks from the show, including Busy Phillips and Jensen Ackles supporting the skit.

Busy interviewed potential ‘actors’ for the reboot of the show during the skit. They were trying out for the part of Jen, played by Michelle Williams- however her character was killed off. Something Busy tried to remind her ‘interviewees’ about during their ‘auditions.’

The Morning show Halloween wars continued earlier in the morning DailyMail.com having a first look at the incredible sets on Good Morning America this year.

Viewers took a trip down memory lane this year with not one, not two, but seven different sets specially constructed for the big morning.