Three down, seven to go. At lunch on the fourth day of the first Test, England remained on course to win their first game in Galle at the sixth attempt. Sri Lanka, who need an implausible 462, are 98 for three. Theirs is a forlorn task.

The Sri Lankans had resumed on 15 without loss, and for the first hour survived with few alarms as the breeze blew in from the Indian Ocean and England’s fans settled down in their seats – or on the fort ramparts – in expectation of a famous win.

The one alarm that was sounded was immediately silenced when Ben Stokes, of all people, put down a simple chance at slip to reprieve Dimuth Karunaratne off Moeen Ali’s second ball.

With the pitch yet to break up as expected, and precious little swing in the air, it looked like the kind of error a touring team might live to regret.

But seven runs later, with the total on 50, Kaushal Silva embarked on an ill-advised sweep against a ball from Jack Leach that pitched on the stumps and straightened – then compounded his error by reviewing Chris Gaffaney’s lbw verdict.

The technology showed three reds, and Silva was on his way for 30. 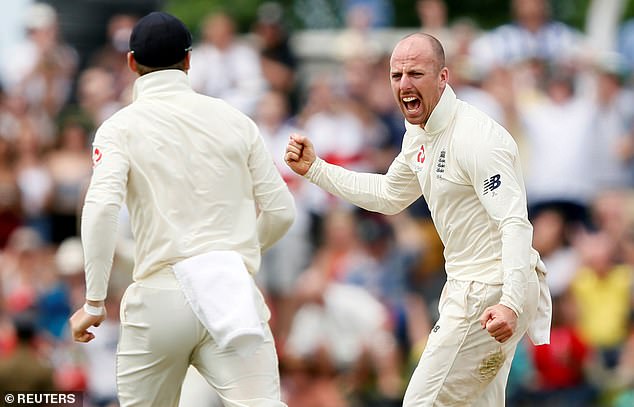 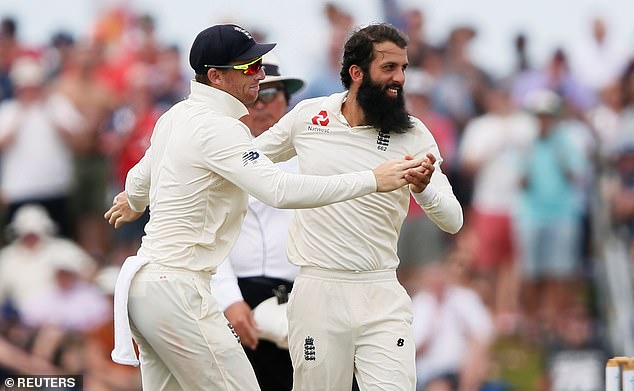 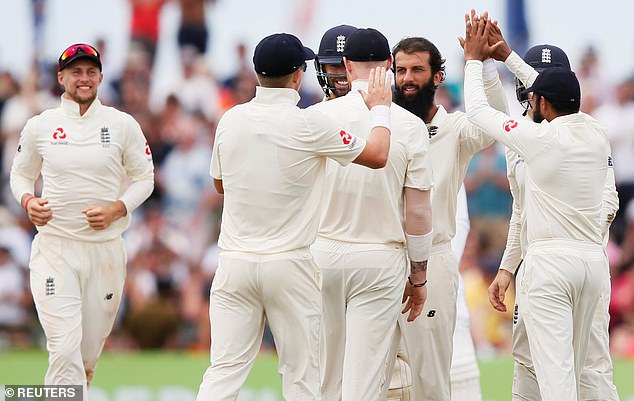 Moeen removed Karunaratne for 26, the second wicket to fall as England chased victory

And no one was as relieved as Stokes when Karunaratne, on 26, advanced at Ali but could only drill a return catch to the bowler’s right: 59 for two, and Ali’s 150th Test wicket, the 23rd to reach the landmark for England.

If England decide to leave out a spinner in next week’s second Test at Pallekele to accommodate Jonny Bairstow, it will probably be Rashid, not Leach, who makes way, especially with Joe Root giving himself an over shortly before lunch. 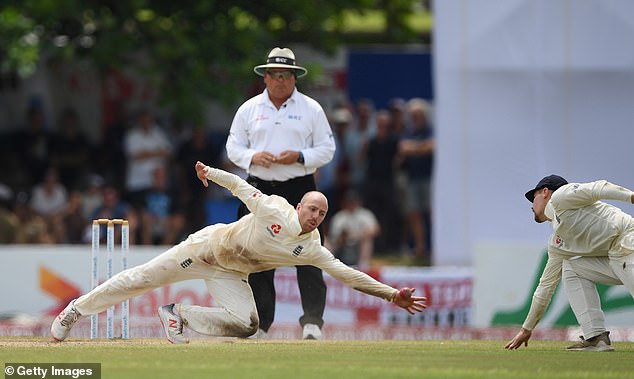 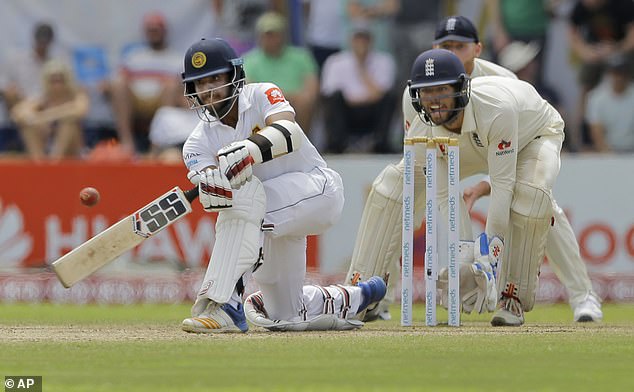 Then, in the final over of the session, came drama. From the first ball, England were convinced de Silva had edged Stokes through to Ben Foakes, and umpire Erasmus agreed. But a review showed no tremor on the Snickometer, and de Silva, on 21, survived.

Not for long. From the next ball, he prodded Stokes low to first slip, where Root took a smart catch and England celebrated all over again.

Unless Angelo Mathews and Dinesh Chandimal dig in once more, this game may not need a final day.