‘Live With Kelly and Ryan’ managed to once again go above and beyond with their annual Halloween extravaganza, with Kelly Ripa and Ryan Seacrest showing off over a dozen different costumes on their show Tuesday.

It all kicked off with the pair recreating Taylor Swift’s ‘Look What You Made Me Do’ music video, with a zombified Ripa and nude-in-a-tub-of-diamonds Seacrest.

The pair then came out dressed like one another, with Ryan wearing a red dress, heels and blond wig while Kelly had one a suit and tee with a pompadoured wig.

The pair even did the opening segment of the show as one another as they shared what they did the previous day. 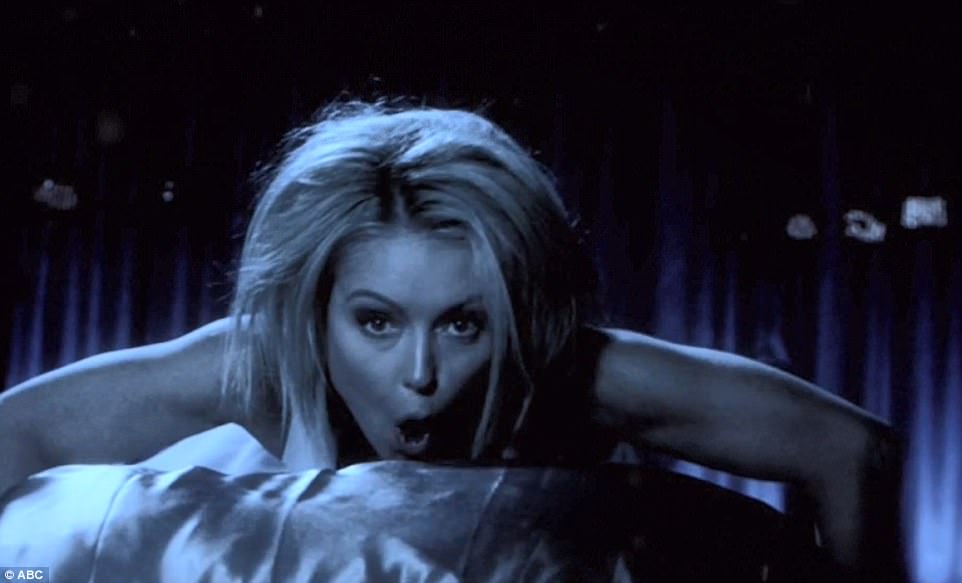 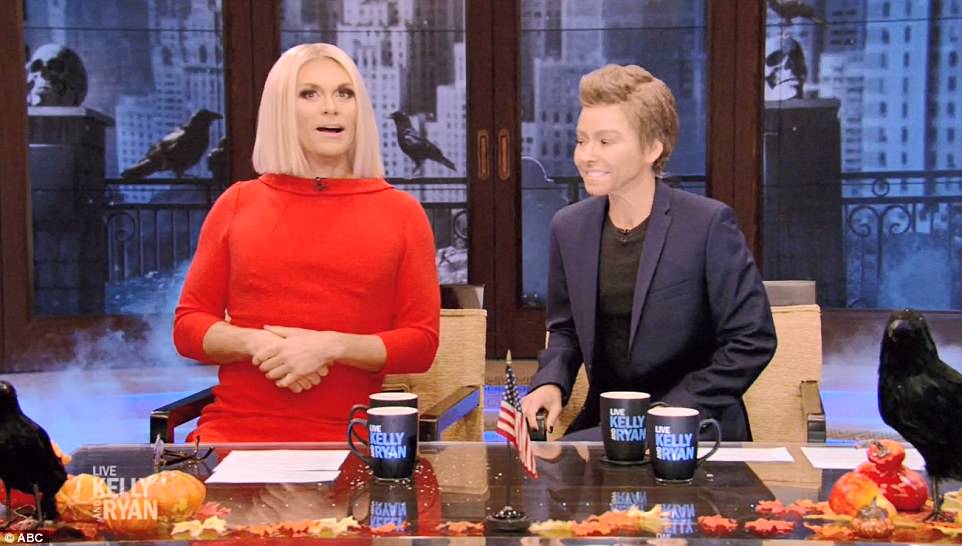 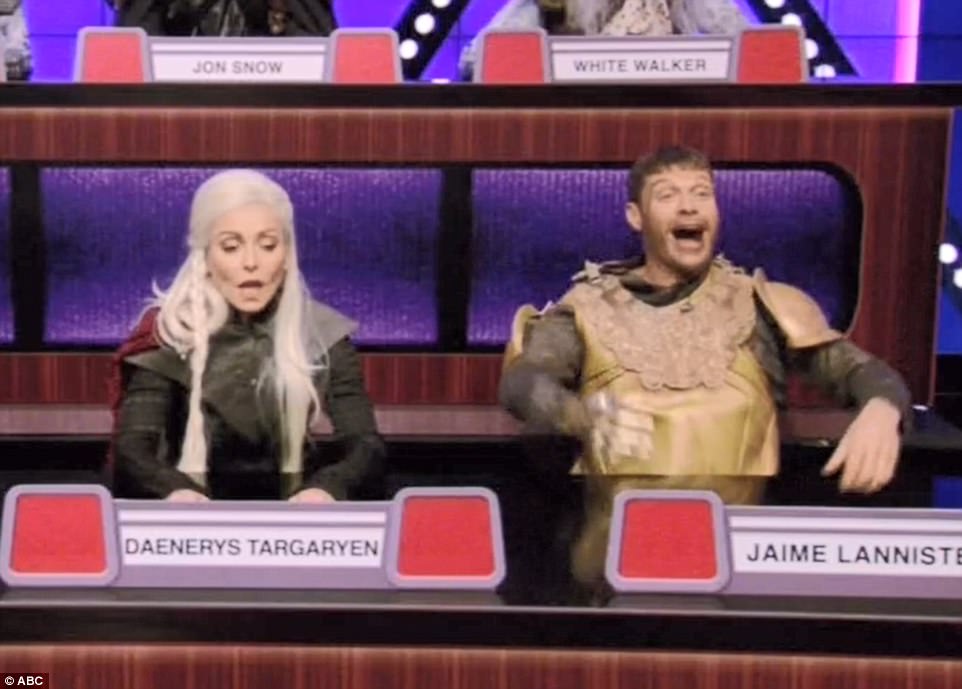 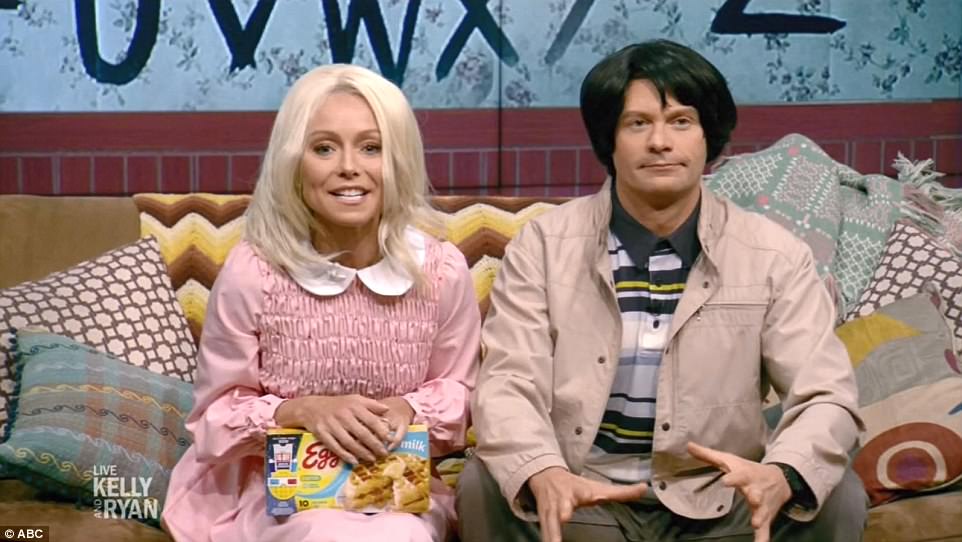 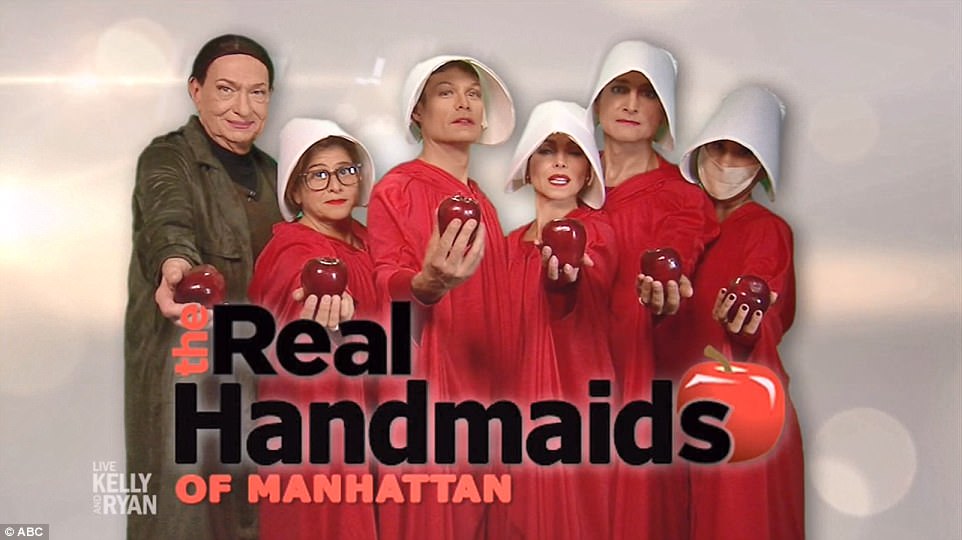 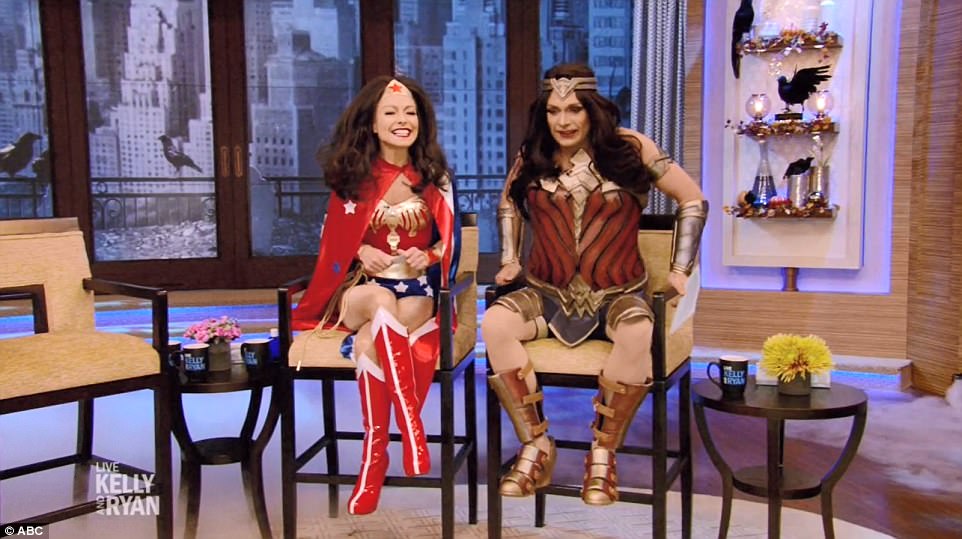 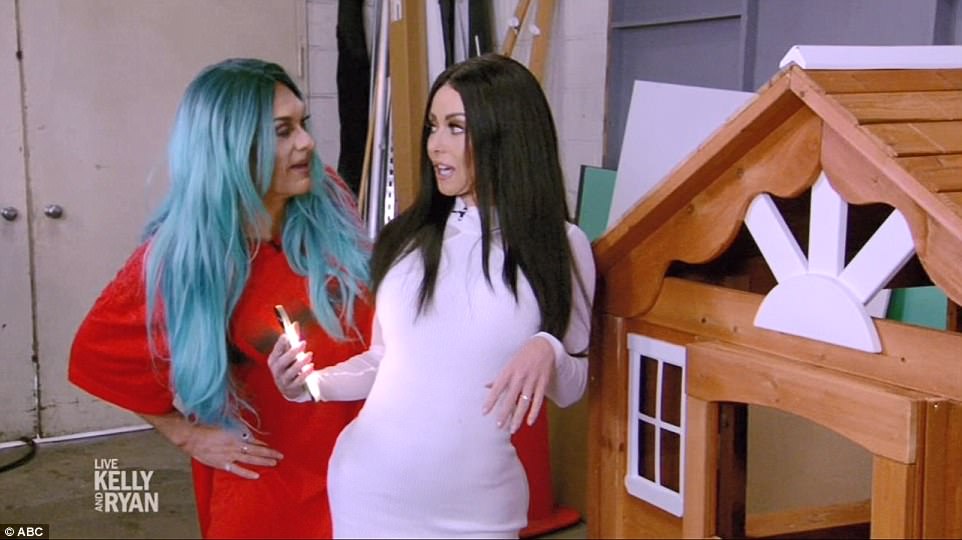 Ryan (as Kelly) went to Soul Cycle, had a parent-teacher conference and then met up with husband Mark Consuelos, who was surprising her from Vancouver.

Costume change number one came just eight minutes in, with Kelly appearing as Daenerys Targaryen, Ryan as Jamie Lannister and producer Michael Gellman as Jon Snow from ‘Game of Thrones’ in a pre-taped segment.

That gave Seacrest and Ripa time to change into their next look, coming out as Eleven and Mikey from ‘Stranger Things,’ with guest Andy Cohen dressed as Dusty.

The Bravo host also teased an upcoming series from the network, which rolled into Ripa and Seacrest’s next costumes: ‘The Realhandmaidens of Manhattan.’

In another pre-taped segment, the hosts could be seen fighting with one another as they roamed the city and grabbed coffee in the red robes and wide-brimmed bonnets that were seen on Elisabeth Moss and the other actors in Hulu’s recent adaptation. 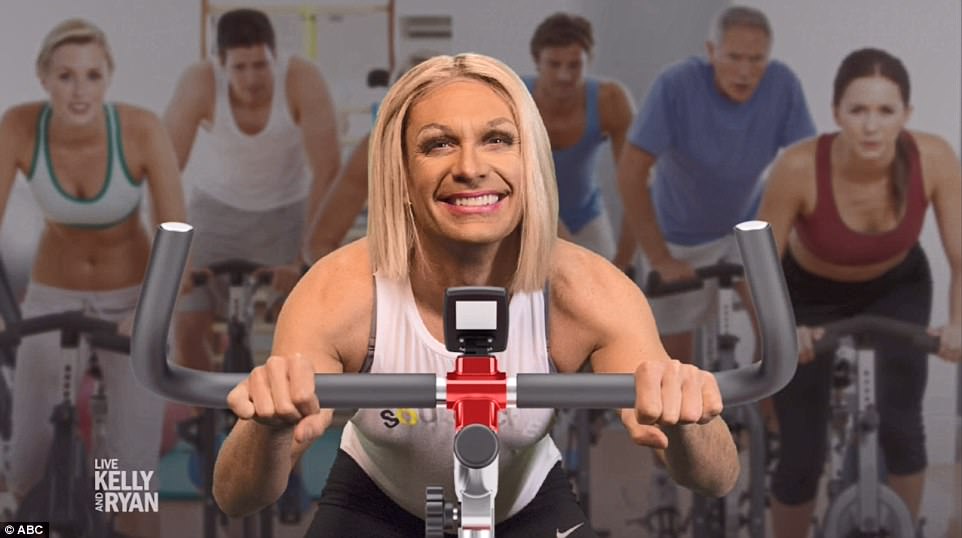 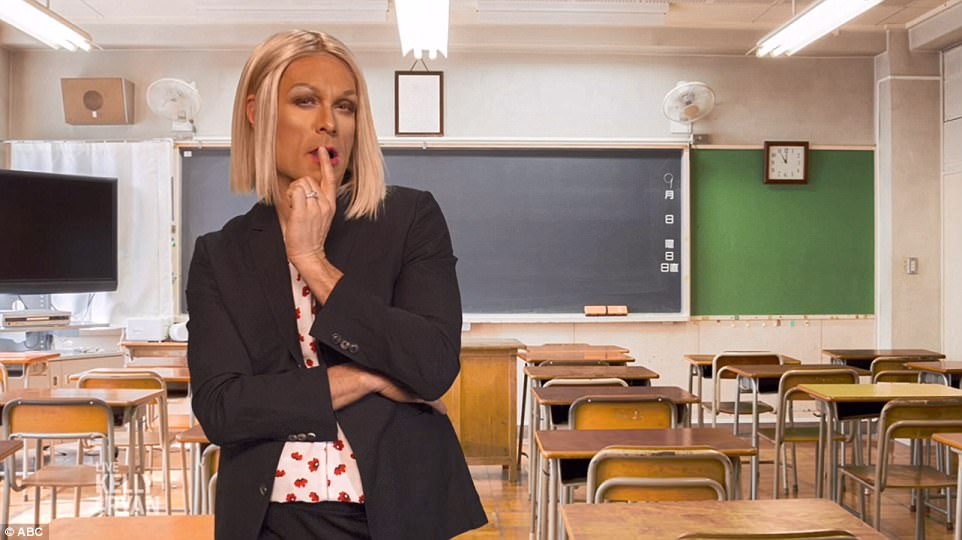 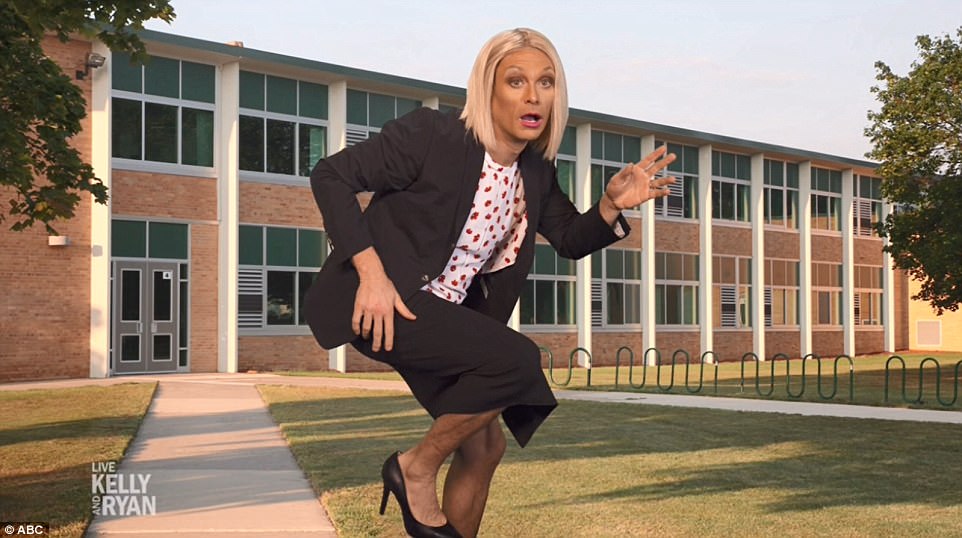 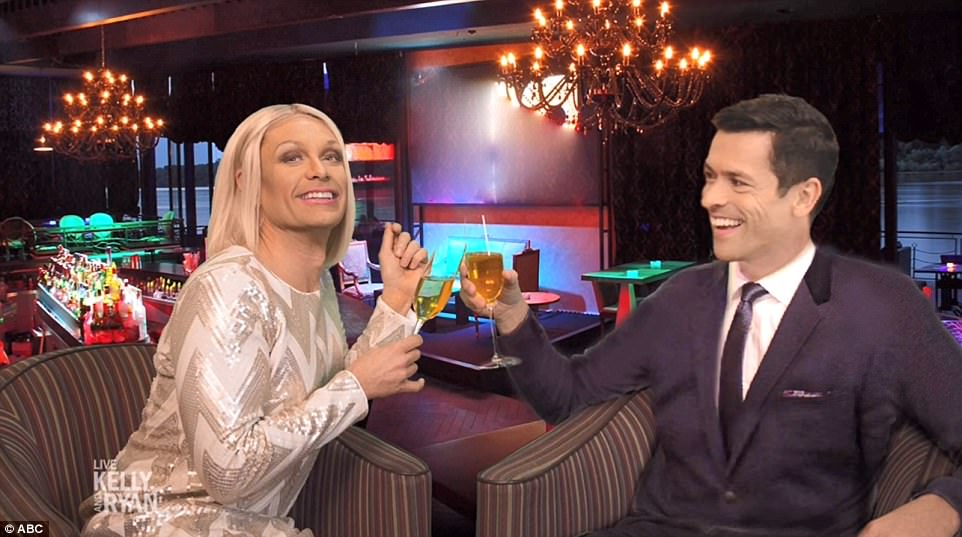 It was another matching look after that segment wrapped, with Ripa and Secreat coming back out both dressed like Wonder Woman.

It was double the fun soon after when they were joined by ‘Property Brothers’ Jonathan and Drew Scott, also dressed like Wonder Woman.

With just a few minutes left in the opening half of the program it was time for costume number seven, with another pre-taped segment showing Ripa as Kim Kardashian and Seacrest as little sister Kylie Jenner.