Andy Robertson was left red-faced after his failed attempt to put Mason Greenwood off by screaming in his ear as the Manchester United striker scored a first-half equaliser was spotted by fans.

Paul Pogba broke up a Liverpool attack and Donny van de Beek sent a quick pass on to Marcus Rashford, who darted down the left before cutting back and sending a fine a diagonal ball over to Greenwood.

The teenager fired a low right-footed strike past Alisson in the 26th minute. 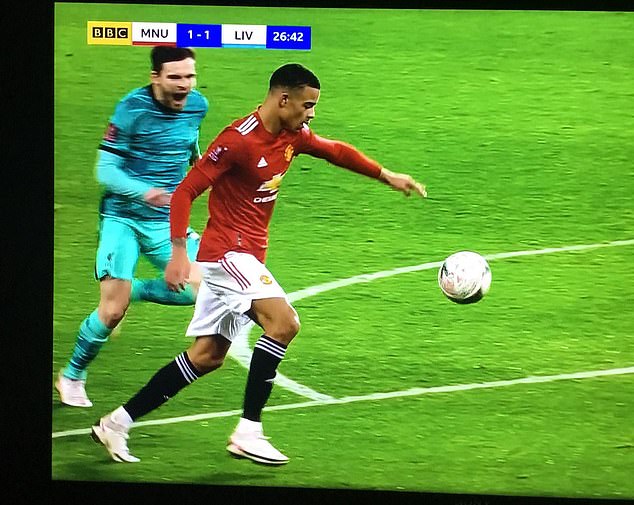 And TV replays showed Robertson appearing to shout at Greenwood as he tried to close him down in an attempt to put him off.

Greenwood ignored the old school tactic to cancel out Mohamed Salah’s fine opener in an entertaining first half.

Rashford coolly put United ahead only for Salah to level with his second of the match, setting up a grandstand finish in which star man Bruno Fernandes came off the bench to score a free-kick winner. 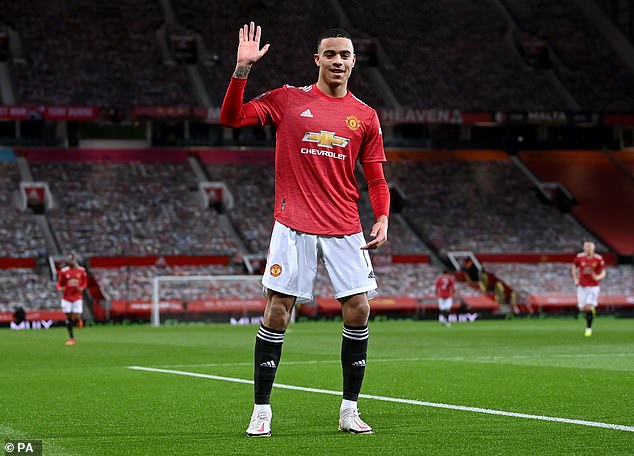 A home clash against West Ham is the reward for the Red Devils, who Solskjaer led to victory against Liverpool at the fifth time of asking – 22 years to the day after scoring the winner against them at the same stage of the competition.