Jurgen Klopp’s squad have returned home after their chastening defeat in the Champions League final to Real Madrid.

The squad touched down at John Lennon airport on Sunday morning just hours after the final whistle blew at the Olympic Stadium in Kiev.

The Liverpool manager was spotted in the team coach while players were seen walking down the plane’s steps and onto the airport tarmac. 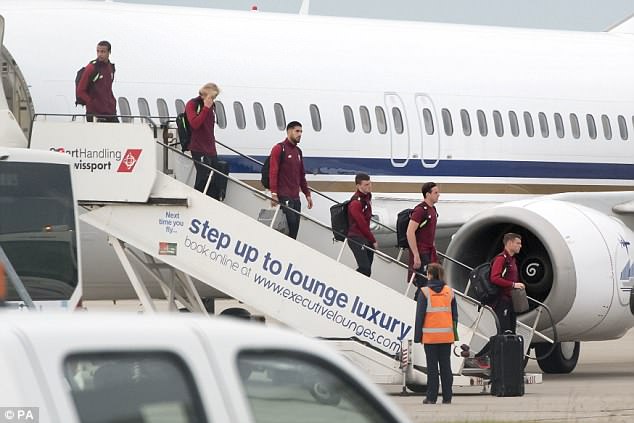