Liverpool already have one song synonymous with the club but they did attempt to officially do likewise with another.

The Reds tried to trademark ‘Allez Allez Allez’ – despite the chant having been sung by at least six clubs beforehand, as reported by i Sport.

The song soundtracked Liverpool’s run to the 2017-18 Champions League final and grew in popularity among their fanbase last season. 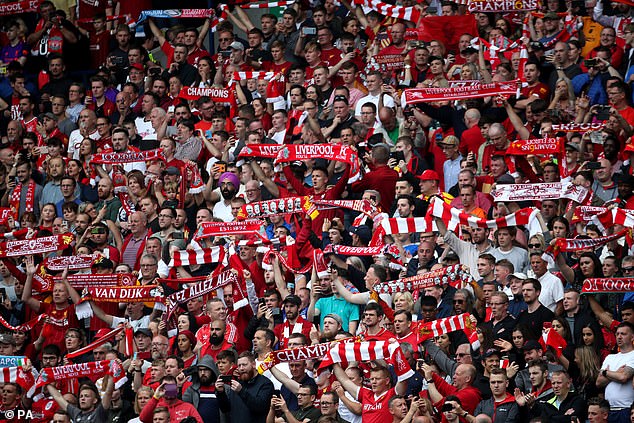 The Reds eventually withdrew their application to the Intellectual Property Office 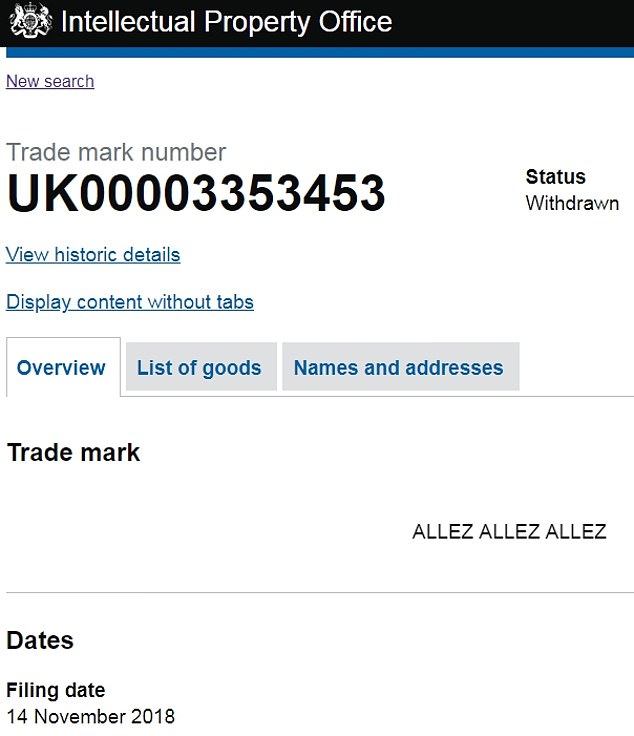 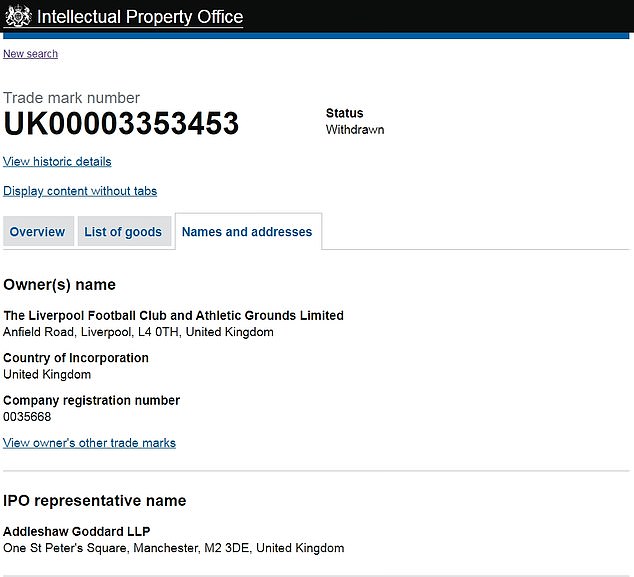 As shown here, Liverpool filed an application for ‘Allez Allez Allez’ on November 14, 2018

We’ve conquered all of Europe,

From Paris Down To Turkey,

But Bob Paisley and Bill Shankly,

The fields of Anfield Road,

We are loyal supporters,

And we’ve come from Liverpool,

And as a result, the Anfield outfit tried to trademark ‘Allez Allez Allez’ with the Intellectual Property Office.

However, last November’s decision to do so was eventually withdrawn by the Merseysiders.

I Sport claim that Liverpool fans were inspired to produce their own version of the song after noticing Porto fans sing a rendition of it against Borussia Dortmund in the Champions League.

And the Reds devout fanbase debuted their own lyrics to the chant when they thumped Porto 5-0 in the Champions League last-16 first leg in February 2018.

Aside from Porto though, Rangers, Atletico Madrid as well Italian trio Genoa, Juventus and Napoli have all sung the song before Jurgen Klopp’s side.