‘The most incredible moment in the history of the Champions League… and I didn’t see it!’: Liverpool boss Jurgen Klopp admits he missed Divock Origi’s winner against Barcelona that sent his side through to final in Madrid

Jurgen Klopp missed one of the most significant goals in Liverpool’s history when Divock Origi sealed their progress to last season Champions League final in thrilling style.

The Belgian converted Trent Alexander-Arnold’s corner as Barcelona were caught off guard from a corner, sending Anfield into delerium.

Amid the din, Klopp was left asking what had happened as he’d turned away at the time. He explained the famous moment from his perspective for The Players Tribune. 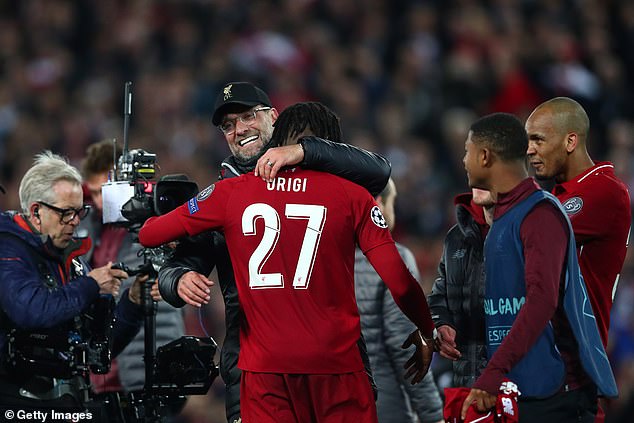 ‘Unfortunately, the most incredible moment in the history of the Champions League… I didn’t actually see it,’ he said.

‘Maybe this is a good metaphor for the life of a football manager, I don’t know. But I completely missed Trent Alexander-Arnold’s moment of pure genius.

‘I saw the ball go out for a corner. I saw Trent walking over to take it. I saw Shaqiri following him. But then I turned my back because we were preparing to make a substitution. I was talking to my assistant, and… you know, I have goose bumps every time I think about it… I just heard the noise.

‘I turned to the pitch and I saw the ball flying into the goal. I turned back to our bench and looked at Ben Woodburn, and he said, “What just happened?!” And I said, “I have no idea!”’

‘Anfield was going — boof — absolutely crazy. I could barely hear my assistant, and he was yelling, “So… do we still make the substitute?” Hahahaha! I will never forget him saying that! That will always be with me.’ 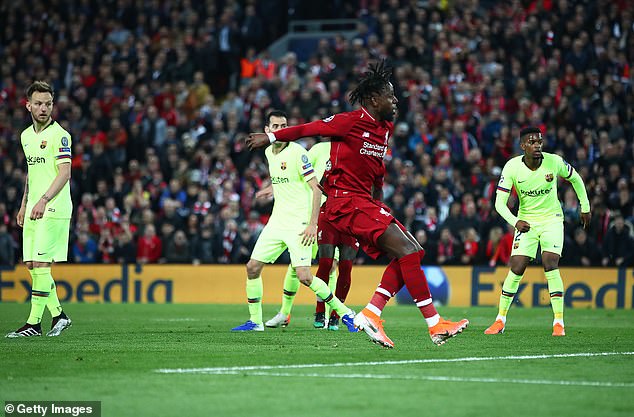 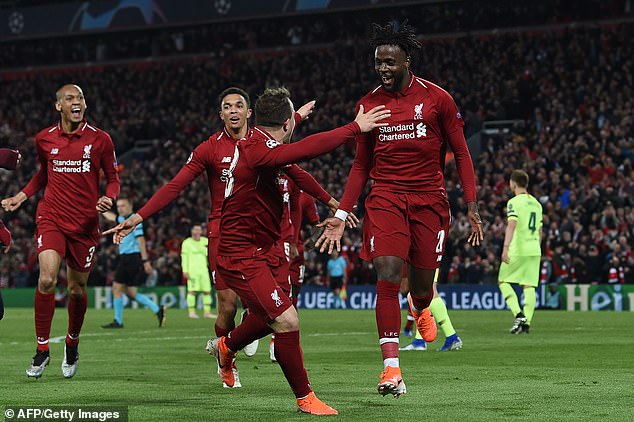 The Liverpool boss then went on to add that he has been making up for missing the goal itself by watching it over and over again online.

‘Can you imagine? Eighteen years as a manager, millions of hours watching this game, and I missed the cheekiest thing that has ever happened on a football pitch. Since that night, I have probably watched the video of Divock’s goal 500,000 times. But in person, I only saw the ball hit the net.’

The Reds needed to beat Barcelona 4-0 after the Catalan side had beaten them 3-0 in the first leg of the semi-final.

Few gave Liverpool a hope of progressing, particularly as Mo Salah and Roberto Firmino were out of action.

Lionel Messi and Co were sent packing in astonishing fashion and Klopp’s side went on to win the club’s sixth European crown against Tottenham in the final. 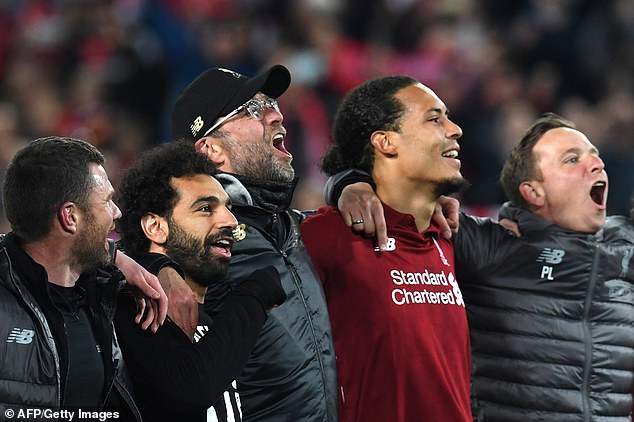