‘He disrespected me… I felt he tried to trash me’: Liverpool boss Jurgen Klopp slammed by Monterrey manager after pair’s furious touchline spat during FIFA Club World Cup semi-final

Jurgen Klopp has been accused of being disrespectful by Monterrey manager Antonio Mohamed following a touchline spat during the FIFA Club World Cup semi-final.

Champions League holders Liverpool overcame Monterrey 2-1 on December 18 thanks to Roberto Firmino’s injury-time winner, before they went on to beat Flamengo in the final.

But during the semi-final against the Mexican outfit last month, Klopp became embroiled in a furious spat on the touchline with his managerial counterpart.

Klopp clashed with Mohamed over a number of decisions from referee Roberto Tobar, most specifically when the Monterrey boss felt Joe Gomez should have been shown a second yellow.

The German tactician was incensed when Mohamed had appealed for Gomez to be sent off, and was snapped jokingly repeating the Monterrey manager’s gesture of an imaginary card.

‘Klopp disrespected me, I felt he tried to trash me,’ Mohamed told Enganche.

‘He kept asking for a yellow card saying that we were fouling Mohamed Salah, but when I did the same towards one of their players, he stuck out his tongue and made fun of me. 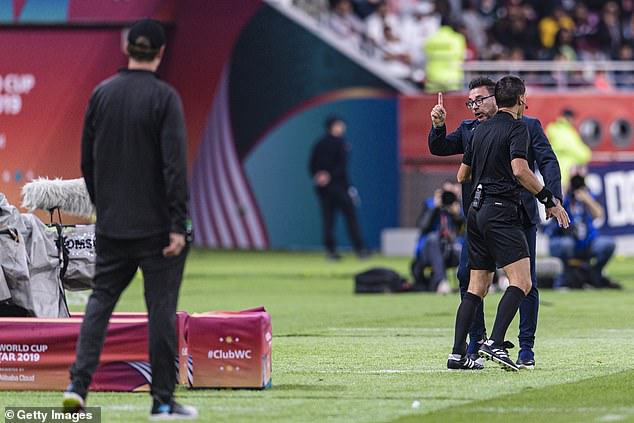 ‘When I saw him, I laughed at first and then I got a little angry and rose to his bait, then my neighbourhood came out and I lost all elegance and composure.

‘If I have to tell you what I said, I cannot remember, but [if I speak] in English, I am not myself. I don’t know if I reacted well or badly but it came from inside.’

The Reds then went on to lift their first ever Club World Cup title after beating Brazilian outfit Flamengo 1-0 in the final thanks to another winner from Firmino in extra-time. 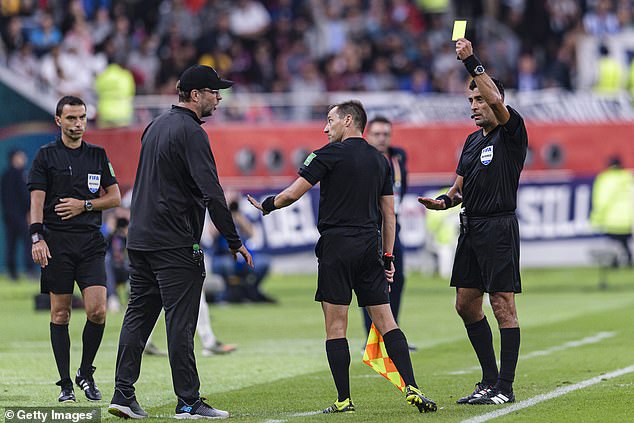