Liverpool manager Jurgen Klopp has stayed true to the attacking philosophy that won him admirers in Germany and has assembled a squad capable of winning the Champions League, said Lothar Matthaus.

Five-times European champions Liverpool are in the quarter-finals of this year’s competition and face fellow Premier League side Manchester City in the first leg at Anfield on April 4.

Klopp led his former club Borussia Dortmund to Bundesliga titles in 2011 and in 2012, when they also won the German Cup for a domestic double, and he steered them to the 2013 Champions League final where they lost to arch-rivals Bayern Munich. 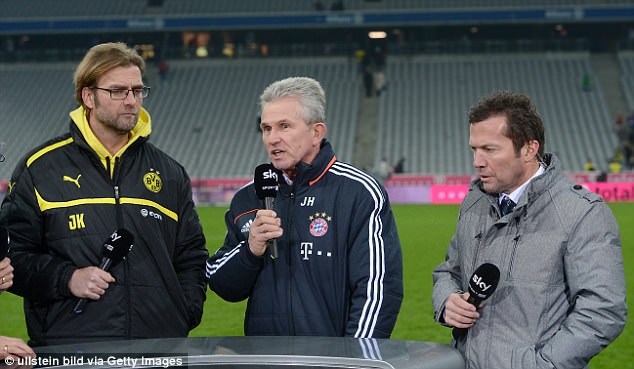 The 50-year-old took charge of Liverpool in 2015, where he has bolstered his adventurous brand of football with a number of key signings including Premier League top-scorer Mohamed Salah and fellow forward Sadio Mane.

‘He (Klopp) didn’t change his style too much (from Dortmund)… he has done a very good job. I believed from the beginning that he and Liverpool have a very good relationship,’ Matthaus told the club’s website.

‘You can see that in the good results, the good games and he has bought the right players. For me, it is a team that can win the Champions League in two months (time) in Kiev.’

Liverpool are also chasing second spot in the Premier League behind champions-elect Manchester City. The Merseysiders are in third place with 63 points from 31 games, two behind Manchester United who have a game in hand.

‘He is working very hard, his team is always ready to fight for 90 minutes and they are in good condition,’ Matthaus, who played in the 5-5 draw between Bayern Munich and Liverpool Legends teams at Anfield at the weekend, added.

‘He finds the right players, especially in the offence, who can make the difference on the highest level.’ 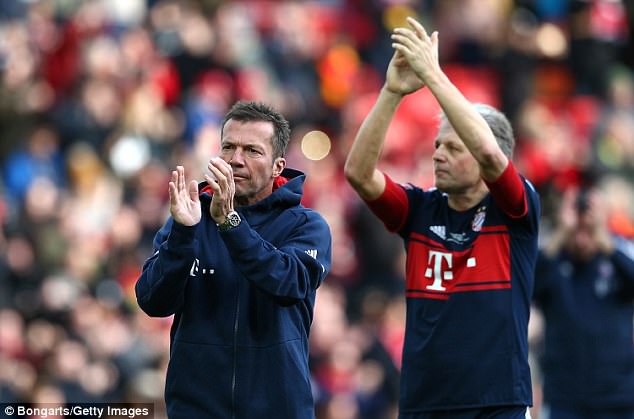