Liverpool could miss out on visit from Coca-Cola truck

A city in the UK could miss out popular Coca-Cola truck Christmas visit after calls for a ban over childhood obesity fears.

A Liberal Democrat in Liverpool has claimed the annual tradition should not go ahead because the city is suffering an ‘obesity epidemic’.

In a letter to bosses at the Liverpool One shopping centre, Cllr Richard Kemp asked if they were planning for the truck’s visit and outlined his party’s opposition.

The iconic truck, featured in the Coca-Cola Christmas adverts, has visited Liverpool city centre in each of the last five years, attracting thousands of fans, according to the Liverpool Echo.

But cllr Kemp is calling for the tradition to stop.

In the letter, he said: ‘I believe that the visit by Coca Cola should not take place.

‘You only have to look around you to see that Liverpool is in the grip of an obesity epidemic – 30% of our 11 years olds are obese with about 5% being clinically obese.

‘Up to 60% of our adults are obese and many of them clinically obese – we must take action to deal with this because the consequences are alarming.’

He went on to label the annual spectacle as a ‘cynical event’.

But not everyone is happy with the calls for a ban. 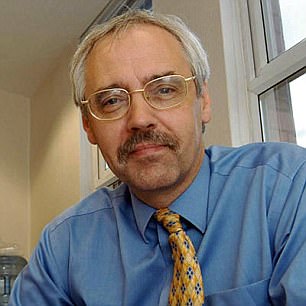 Helen Wood said: ‘OK so if you stop the truck coming to Liverpool because of the obesity epidemic how about closing down all fast food restaurants and chip shops etc… no thought not.’

Laura Canavan-Bago commented: ‘Absolute morons! Maybe instead of stopping children and adults having a bit of fun they should put their time and effort into helping schools teach more about healthy eating. They need to get a grip!!’

Liam Pinkham wrote: ‘Not a single less calorie is going to get consumed by this truck getting banned.’

And Stephen Hollyoak posted: ‘Get a grip, were turning into a political correctness gone mad society, I worry for the future. If you don’t like something don’t complain just get on with it.’

A spokesman for Coca-Cola Great Britain said: ‘The Coca-Cola Christmas truck tour provides a moment of fun for everyone in the build-up to Christmas and we’ve had a positive response from many people in Liverpool whenever we have visited.

‘The tour is now in its seventh year and each year we receive hundreds of requests for the truck to visit towns and cities and we take these into account when creating a route which has a good geographical spread.

‘People will have the opportunity to see the truck up close, have their photograph taken and enjoy a choice of a small, 150ml can of Coca-Cola Classic or one of our no sugar options, Diet Coke or Coca-Cola Zero Sugar.’