Liverpool: Curtis Jones has had his chance to impress served on a platter

Liverpool’s recent injury blows may be less than opportune for Jurgen Klopp, but the opposite could be true for Curtis Jones.

The absences of Harvey Elliott, Naby Keita and Thiago Alcantara may have handed the 20-year-old a one-way ticket into the Liverpool midfield.

Jones has dazzled for Liverpool with attack-fuelled performances and a belting goal as he returned to the starting XI against Brentford, Porto and Norwich.

On Tuesday, the Liverpudlian bagged two assists and was heavily involved in the build up for two others, as Liverpool ran rampant with a 5-1 victory at the Estadio do Dragao.

Following the dazzling display, former Red Michael Owen claimed that the Liverpool youngster is in need of a long run in the first team. 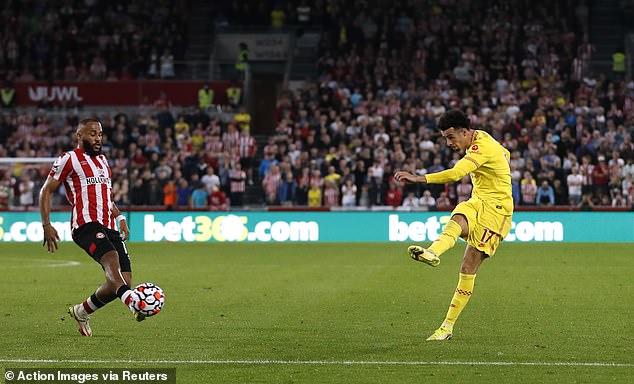 ‘It’s about time for his sake of his career that he has a long run in the team,’ said Owen.

‘Maybe the unfortunate situation with a couple of injuries is going to help along that way and when you get that chance you’ve got to do exactly what he did tonight and he had a hand in four of the five goals.’

And, Jones has just been handed the chance to do just that.

Jones had to be patient at the start of the season, mostly due to Elliott’s unexpected impact, but now an opportunity beckons after he started each of his team’s last three games.

The Reds have been hit with a wave of injuries in Klopp’s engine room, which may seem like a blow for the squad but could help Jones with his bid to play more often.

Captain Jordan Henderson and Fabinho are locked and loaded automatic picks in Liverpool’s midfield and with Klopp favouring a 4-3-3 formation that leaves just one coveted spot for Jones, Elliott, Keita, Thiago and Alex Oxlade-Chamberlain to contend for.

Juxtaposed with last season’s injury crisis, at the start of this campaign the Reds boss appeared to have an embarrassment of riches to pick from, particularly in midfield this season.

At the start of the season, young spark Elliott was starring in that third midfield spot and appeared to be on an unstoppable upwards trajectory. 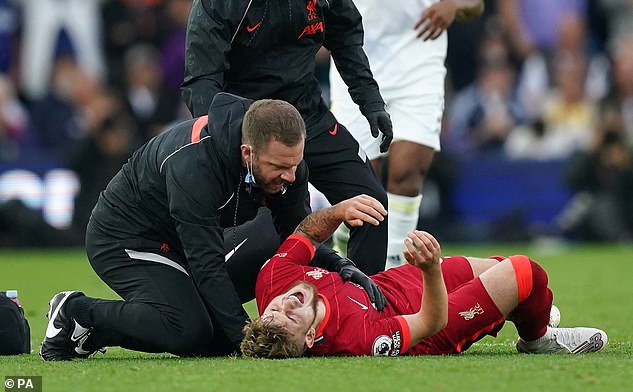 But life is cruel. For an 18-year-old Liverpool fan living the dream, it quickly became a nightmare.

An unfortunate but serious ankle injury sustained against Leeds has curtailed the youngster’s ambitions. Yet one player’s agony, is another player’s opportunity.

Keita and Thiago are also viable candidates looking to snatch up a starting spot in midfield but injuries don’t further their case.

The Guinea international is desperately clinging to contention for a spot in the engine room but is far too injury-prone to cement his place under the Reds boss.

He has missed a total of 54 games for Liverpool through an array of injuries, his most recent sustained by ‘kicking the grass’ against Norwich. 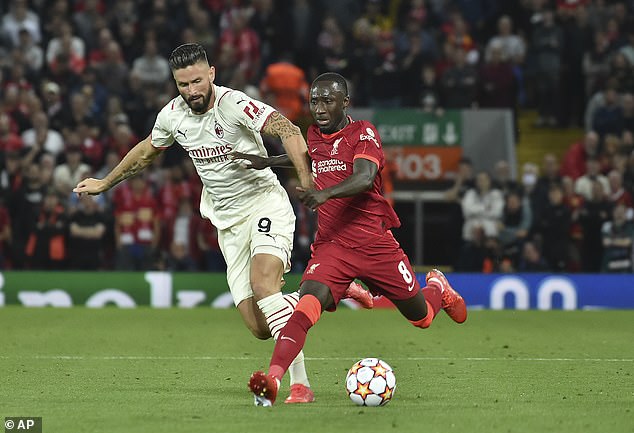 He has scored just eight goals in a little over three seasons – and notched only four assists to go alongside that.

But on the ball, Keita shows a glimmer of excellent promise, one that could have seen him maintain his starting spot, if only he could stay off the treatment table.

Meanwhile, Thiago is expected to be out until after the October international break after suffering a calf injury against Crystal Palace. 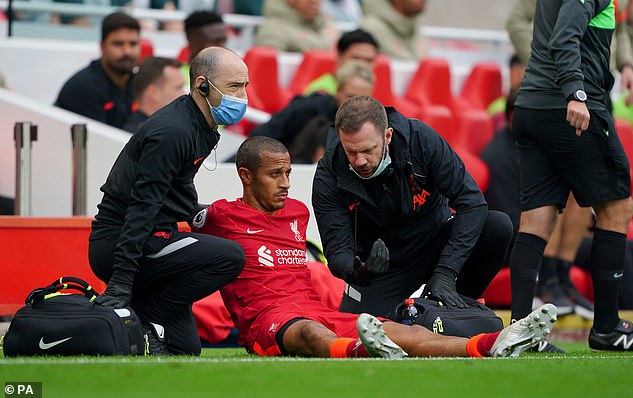 The accumulating injuries could also provide Alex Oxlade-Chamberlain with a route back to his preferred position in central midfield.

The 28-year-old was an integral piece to the jigsaw, thriving in a central role in his first season after his £35million move from Arsenal in 2017.

A cruel ACL injury in a Champions League semi-final stunted his progress and he hasn’t reached the same dizzying heights since.

Yet of all the central midfielders available to Klopp, Jones has been the one to be handed this golden opportunity.

A Scouser, he is the one who gets the locals excited, a beaming light from the club’s academy.

Last season felt like a missed opportunity for him. Riding a wave of momentum from the Covid-impacted conclusion of the title-winning season, he made 34 appearances last season in all competitions.

But he appeared to struggle in a deflated Liverpool side as their title defence began to crash and burn at the beginning of 2021. 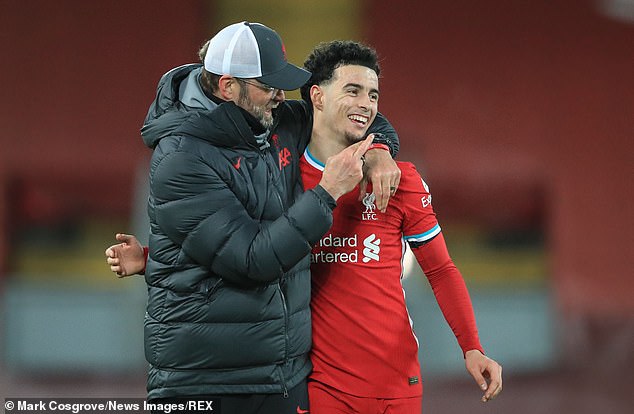 In the wake of Elliott’s injury, a gap has once again opened up in the midfield trio and Jones now has a second chance to be the youngster most full of hope and promise again.

And in recent games, he has certainly proved why he warrants such admiration from Kopites.

His 71st-minute arrival against AC Milan earlier in the month was his first involvement this season and he rewarded it with bursts of energy and panache. 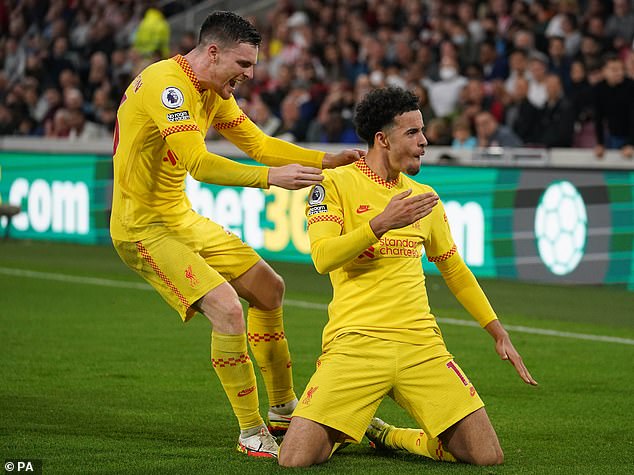 His intensity continued in his performance against Brentford on Saturday. Always looking to get on the ball and play the killer pass, he sweetly struck the ball in the 67th-minute to put the Reds ahead.

Jones backed that strike with a relentless attacking display against Porto on Tuesday. He picked up two assists and also played a hand in the build-up before two other goals, helping Liverpool crown their formidable approach with a dominant scoreline.

If Brentford and Porto were auditions for a permanent starting role, Jones has certainly got the part.

Amid the inconsistency of Keita and the absence of both Elliott and Thiago, it could be now or never for Jones.

He’s not going to have an easier opportunity to break into the starting XI, practically served up to him on a platter.

Jones has already rewarded the boss with stellar performances since being gifted with the chance.

Now, he just needs to maintain the impressive levels to tighten his hold on that third and final spot, starting against Manchester City tomorrow.

After Tuesday night’s display, it’s only his to lose.