Liverpool manager Jurgen Klopp concedes he faces a selection dilemma as centre back Dejan Lovren is unlikely to feature against Bayern Munich in Tuesday’s Champions League last 16 fixture at Anfield.

Lovren is still recovering from a hamstring injury sustained against Wolves last month and the Croatia defender did not travel with the rest of the squad to the club’s warm-weather training camp in Marbella this week.

‘I don’t want to rule it out but I cannot really plan with it,’ Klopp told the club’s website. 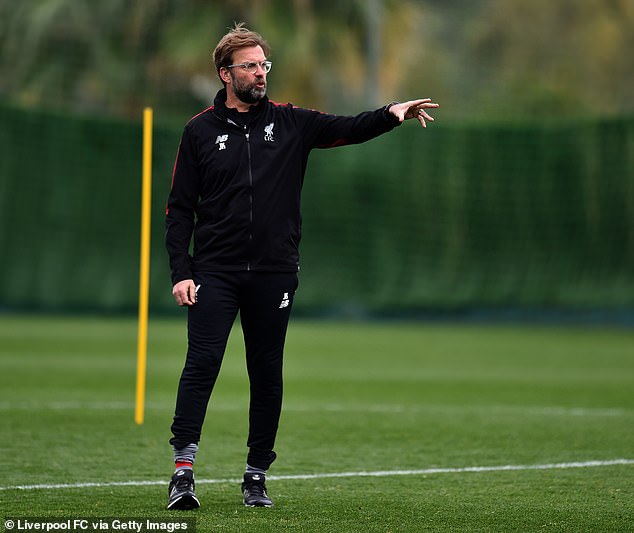 ‘He is not here for good reasons, because he cannot be part of training. We are back on Friday. Then from Saturday on, Dejan is back at Melwood and we will see.’

First-choice centre back Joe Gomez is out of action having undergone surgery on a fractured leg, with no timescale put on his return.

With Virgil van Dijk suspended for the first leg encounter against the German champions, Klopp may consider slotting in Brazil midfielder Fabinho alongside Joel Matip at the heart of the defence.

‘Of course, we have to prepare it differently. If Dejan gives a sign on Monday â ‘I feel brilliant’ â then weâd have to think anew,’ Klopp added.

‘But in the moment we prepare the game and in this preparation Dejan is not involved. We have to find other solutions.’ 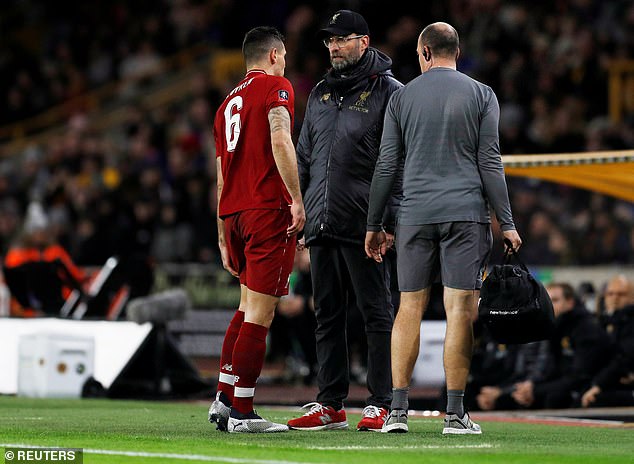