When the final whistle sounded 1,700 miles away in Kiev, an inflatable European Cup floated into the clear night sky above Anfield and disappeared from view behind the stands.

As images go, it could not have been more poignant or more appropriate.

By then, many fans had already started to drift away as well, leaving behind the anguished figure of Loris Karius, face buried in his gloves, looming from each of the 12 big screens positioned around the edge of the pitch. 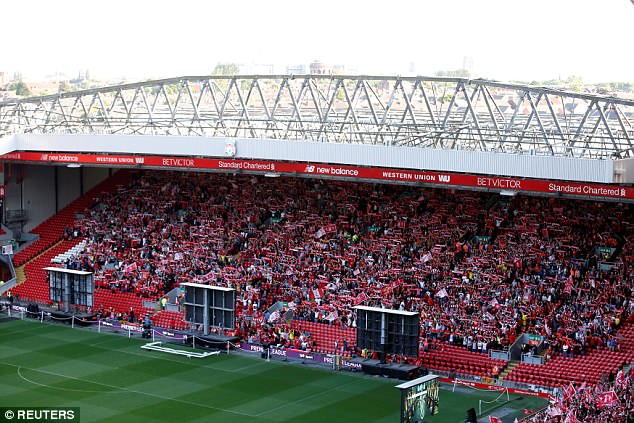 Twelve screens positioned around the pitch ensured 30,000 fans in the stadium saw the game 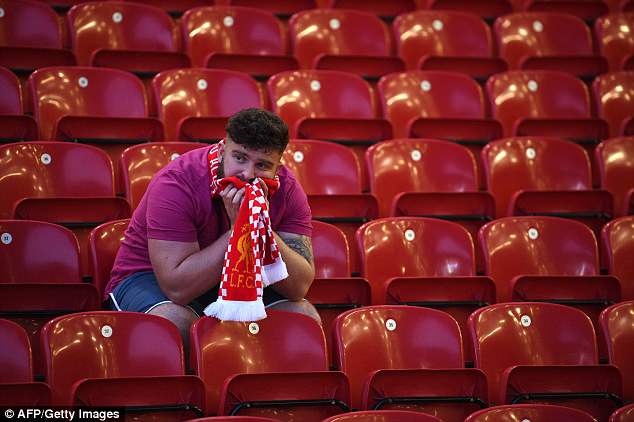 But while many flooded quickly to the exits, others sat with head in hands as Madrid won it

What the club hoped would be a night of celebration for those fans who couldn’t be there at the Olimpiyskiy Stadium in the Ukrainian capital, and were looking for the next best thing at home on Merseyside, had ended in bitter disappointment.

Many more stayed beyond the end, gazing at images of Real Madrid celebrating a hat-trick of Champions League titles and their own, heartbroken players coming to terms with defeat.

Outside, in Paisley Square, they milled around looking for solace. A group of fans, 50 or so, gathered. When the chants of support and defiance eventually died down, it resembled more of a moonlit vigil.

Thirty thousand of them had arrived here several hours earlier hoping for so much more; for victory and a sixth European Cup. 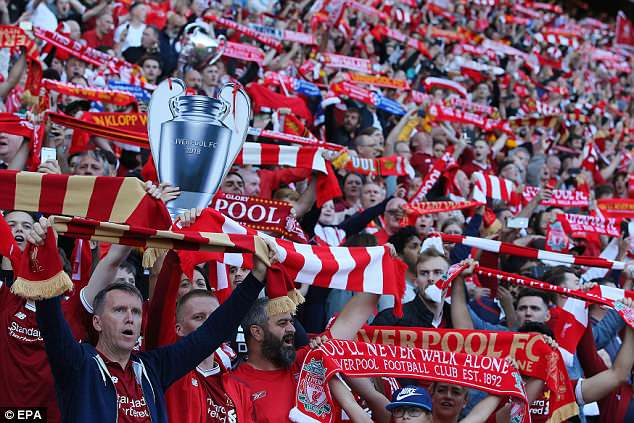 While many watched all over the city, it felt like the event inside Anfield was the place to be 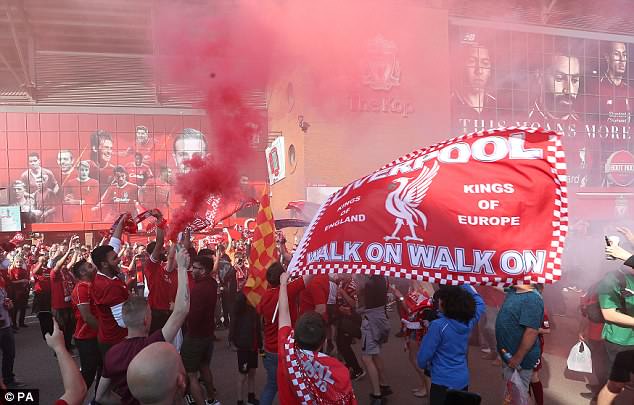 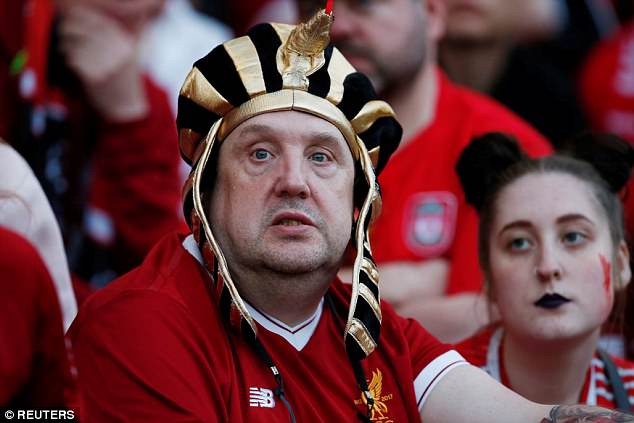 It was a capacity audience and Liverpool could have sold it out three times over. Another 7,000 were watching at the Echo Arena and many more in venues around Liverpool.

But this felt like the place to be. They were drinking outside at The Arkles as usual and crammed into the Family Park on Anfield Road long before kick-off, even though this time the game itself was taking place a long way away.

One fan wearing a pharaoh’s headdress and his mate carrying a Mo Salah doll were doing their best to get on TV.

The pre-match chant of You’ll Never Walk Alone was still sung with as much gusto as if Liverpool’s players were gathering in the tunnel once the BT Sport feed returned from an ad break to reveal the two teams emerging from the dressing-rooms in Kiev.

But Anfield fell silent when a tearful Salah went off injured in the first half, and Sergio Ramos was booed like a pantomime villain every time he appeared on screen thereafter. 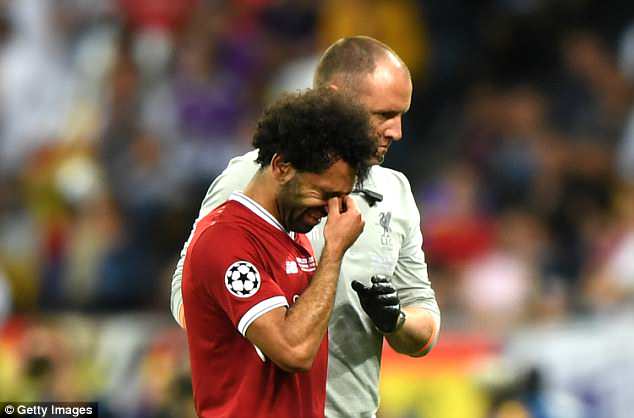 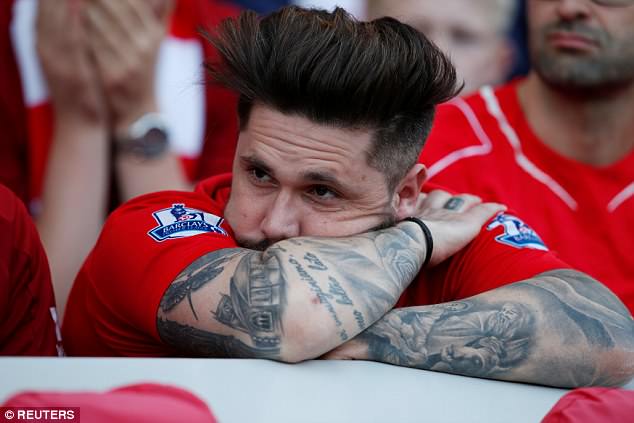 Sadly, it was not the only time these fans were stunned into silence by their goalkeeper’s failings or the ruthlessness of Real Madrid, even though Sadio Mane’s equaliser breathed new hope into them for a while.

Liverpool fans with hands behind their heads and expressions of crushed hope looked at the TV screens and were met with the same image of their comrades in Kiev. It was as if they were gazing into a mirror.

When another chorus of You’ll Never Walk Alone could be heard through the speakers towards the end, those in Liverpool followed the lead again and raised their scarves over their heads.

At least for them, the solemn journey home would be a short one.