Liverpool fans were quick to hail their star centre-back Virgil van Dijk on his 28th birthday on Monday.

After the Reds wished him happy birthday on Twitter, the club’s supporters inevitably took to social media to sing his praises after quickly becoming a fan favourite on Merseyside.

Van Dijk, who signed for Liverpool in a £75million deal in January 2018, hit the ground running and has played a key role in their success, which was capped off by winning last season’s Champions League. 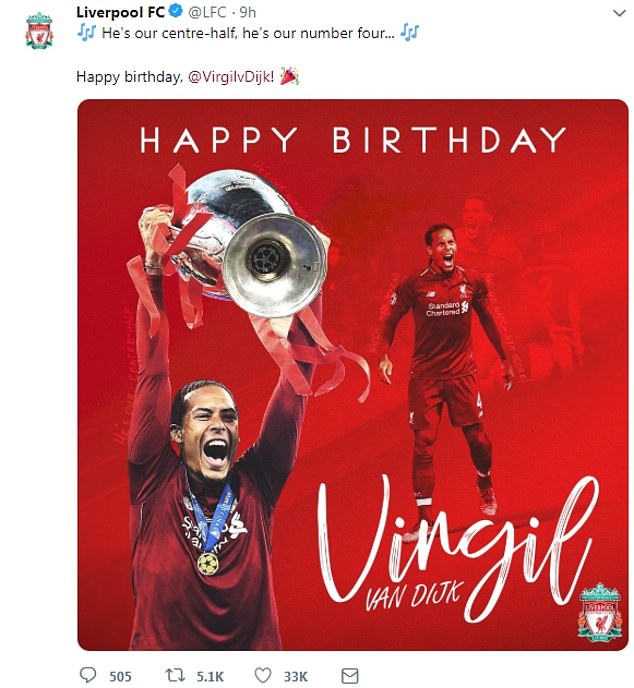 Following Liverpool’s European triumph and a fine Premier League campaign which saw them just miss out to Manchester City, there have been plenty of calls for the Holland international to win Ballon d’Or.

And that message was yet again relayed on Monday as Liverpool celebrated his birthday.

Meanwhile, this Liverpool fan called the 28-year-old the ‘best defender in the world’

A similar theme kept flooding in, with another Liverpool supporter saying: ‘Happy birthday to the best defender in the world.’

‘Happy birthday colossus’, wrote another social media user while one Liverpool fan labelled him the ‘No 1 defender’.

Finally, one fan described Van Dijk as the ‘best centre-half I’ve ever had the pleasure of watching’, alongside a heart emoji.

While Van Dijk will be delighted with the praise, the towering centre-back will only have his eye on going one better and leading his side to Premier League glory next season. 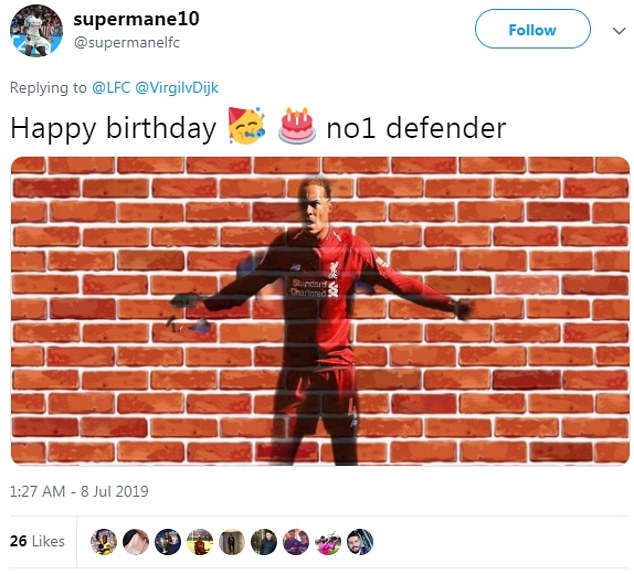 The birthday wishes kept flooding in for Van Dijk, with this user calling him the ‘No 1 defender’ 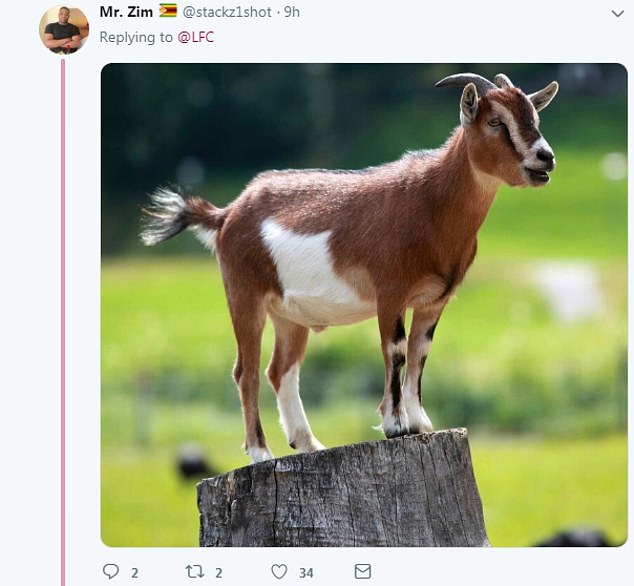 This fan amusingly posted a picture of a goat, referring to Van Dijk as the ‘greatest of all time’