‘Are they still saying that Messi doesn’t dive?’: Liverpool fans ridicule Barcelona star for taking a tumble after colliding with James Milner

Lionel Messi may well have secured Barcelona’s place in the Champions League final with two crucial goals against Liverpool but not everything he did on Wednesday night was worthy of eulogy.

The Argentine grabbed his 599th and 600th career goals against the Merseysiders, the second of which was a stunning 35-yard free-kick to all-but end the tie – bar a miracle at Anfield.

But supporters were left with a sour taste in their mouths when the diminutive playmaker took a tumble after a challenge from James Milner, channeling his inner-Neymar with a pirouette and spin after hitting the turf. 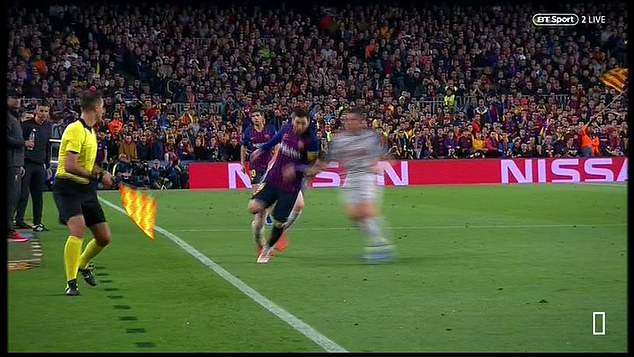 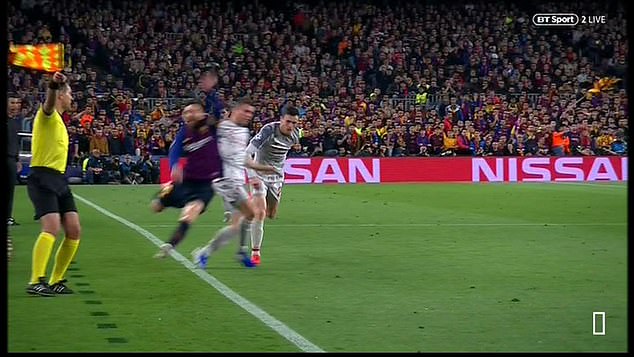 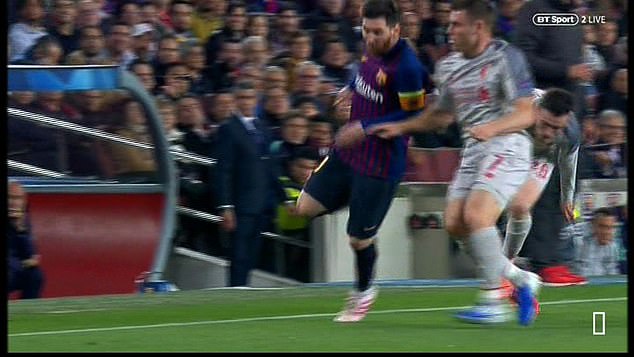 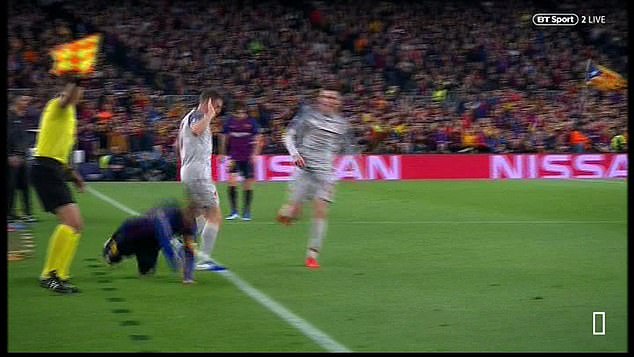 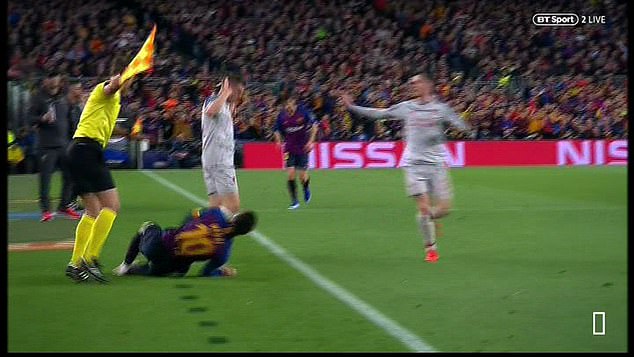 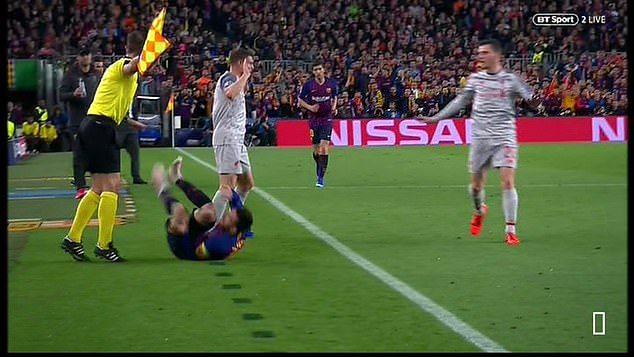 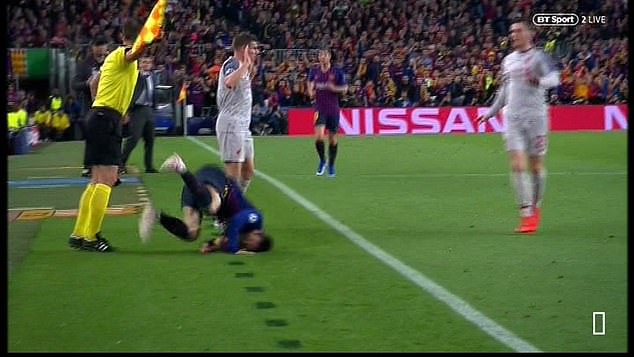 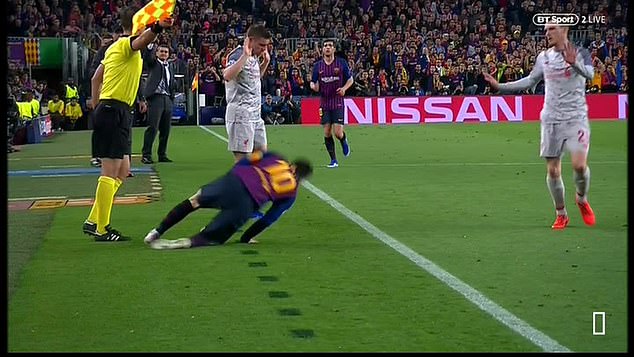 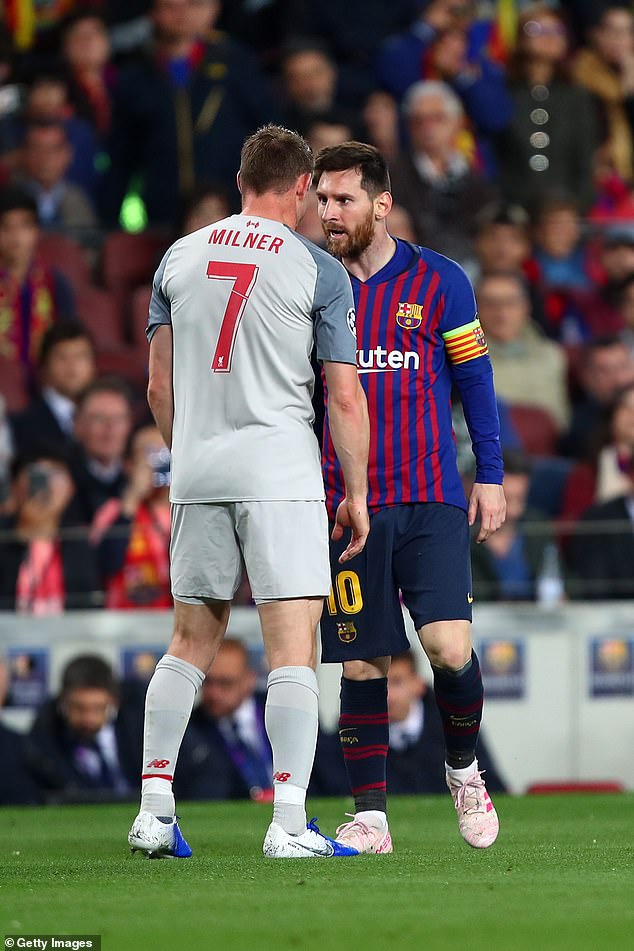 Messi had been dispossessed by a clean tackle from Liverpool left-back Andy Robertson, who sent the ball out of play.

The Barcelona star continued forward and careered into the onrushing James Milner, who crashed into him, sending him to the ground.

Messi rolled once but then appeared to discover new-found momentum for his tumble by taking another couple of spins. He then gesticulated towards referee Bjorn Kuipers, urging him to book the English midfielder.

And fans were quick to pile in on one of football’s greats, with some claiming they expected better from the global icon. 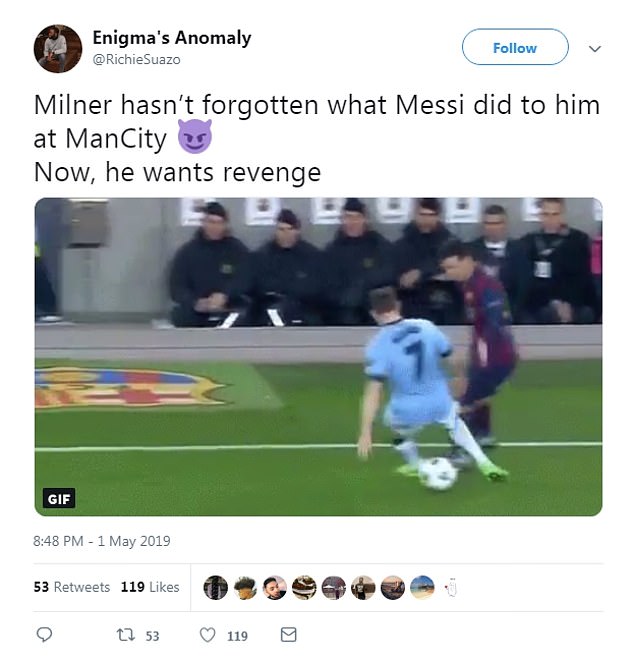 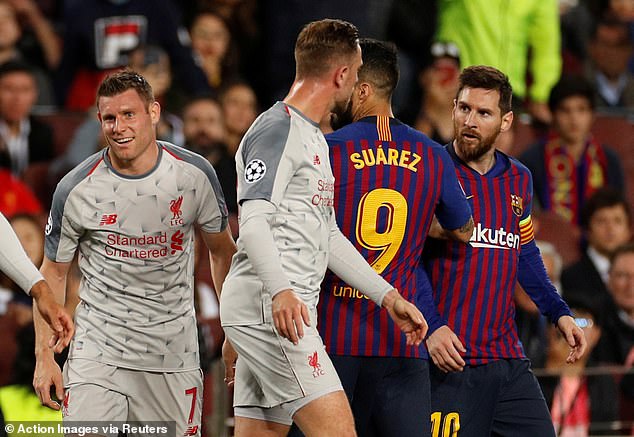 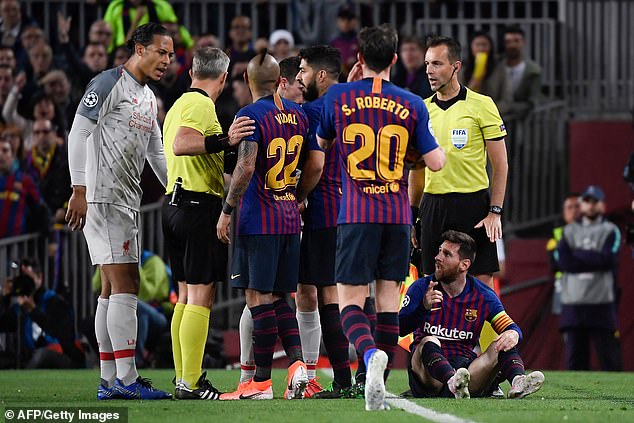 Messi’s determination to influence the outcome of the match at any cost translated into what he does best – scoring goals.

Liverpool dominated the second period but were unable to convert their chances, allowing Messi to take centre stage.

His first goal was a simple rebound but his second, and Barcelona’s third, was a thing of beauty. The one-club man curled an arcing free-kick past a redundant Alisson, ensuring his side will take a three-goal lead to Anfield next week.