Liverpool have found no evidence to suggest a supporter spat at Manchester City’s backroom staff during last month’s 2-2 Premier League draw at Anfield but have taken action against two fans for ‘aggressive behaviour’.

City were left furious after a member of Pep Guardiola’s backroom staff claimed to have been spat at during the second half and lodged a complaint immediately after the game.

Officials from the reigning Premier League champions said they had video footage of the incident, which they later handed over to the authorities. 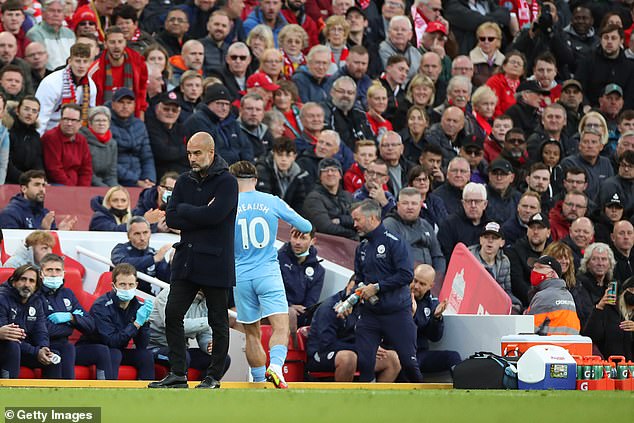 In a statement released on Tuesday, Liverpool announced they had closed a ‘full and thorough investigation’ into the incident.

According to The Athletic, there was no evidence to prove anybody had spat at the Manchester City coaching staff.

A Liverpool spokesperson said: ‘We have now completed a full and thorough investigation following a complaint of an alleged incident near the dugout area at our fixture against Manchester City at Anfield last month. 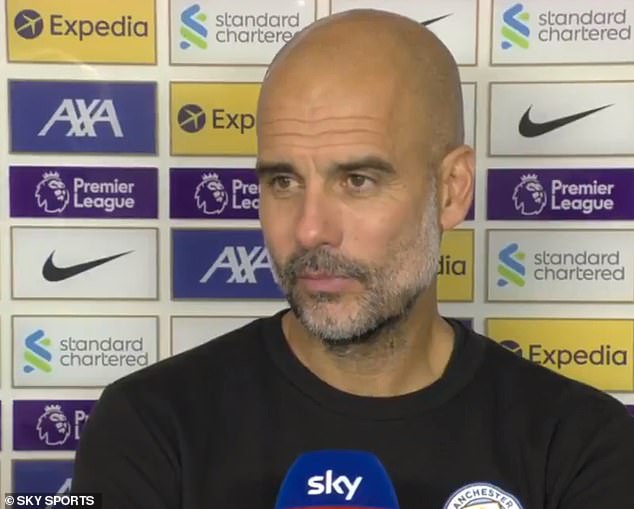 ‘We have followed the club’s official sanctions processes and appropriate actions have been taken based on the evidence gathered and information received from the complainant.

‘We would like to thank all parties who have supported this investigation and now consider this matter closed.’

Liverpool were furious about the incident in the immediate aftermath of the game and had been prepared to ban any guilty party from Anfield for life.

Aside from that, spitting deliberately and directly at another person is deemed as a criminal offence and charges will be pressed.

After the contest, City manager Pep Guardiola said: ‘I didn’t see it, people told me. 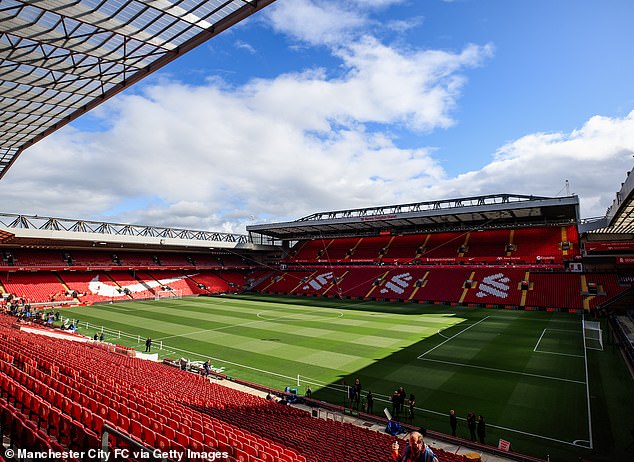 ‘If this happened, I am pretty sure Liverpool FC is going to take measures against this person.

‘I know Liverpool are greater than this behaviour. At every club, people make bad actions because of emotions, but you have to control yourself.’

The match proved to be another thrilling encounter between the two Premier League title rivals. Liverpool led twice through Sadio Mane and Mohamed Salah but were pegged back on both occasions by Phil Foden and Kevin De Bruyne.

The spitting incident was the latest of unruly behaviour that caused embarrassment for Liverpool during games against City.

The Manchester club have never forgotten the way their bus was destroyed before a Champions League quarter-final in April 2018.

Nobody was ever arrested for the damage caused.