Liverpool getting to grip with defensive teams, says Klopp

Liverpool manager Jurgen Klopp believes his side are learning to deal with ultra-defensive teams who set out to frustrate them.

The Reds recorded back-to-back 3-0 wins with their Champions League victory over Maribor in a game which had many parallels with Saturday’s match against Huddersfield.

Both saw the Anfield visitors adopt deep-lying formations which nullified their opponents in frustrating opening 45 minutes, both featured a missed penalty and both saw Liverpool score early in the second half to set up an ultimately comfortable win.

They head to West Ham on Saturday where they could face more of the same but Klopp is not concerned having seen his players show patience and a newly-discovered way to win.

‘They have the tools, they know what to do, but the situations are always a little bit different,’ said Klopp.

‘Yes, I think we are better equipped because we are more used to it.

‘When you win you see the result and you can say ‘yes’ after two games in a row now.

‘Probably the next is coming up against West Ham. I am not sure (how they will set up), we will have to do the analysis first before I say something about this, but yes, we have everything we need for it, that’s 100 per cent.’

Emre Can, who scored the well-worked second goal to give Liverpool the breathing space they needed against the Slovenians, is in agreement with his manager.

‘I think we’ve improved. I think if you compare to last year, we create a lot of chances and that’s good,’ he told liverpoolfc.com. 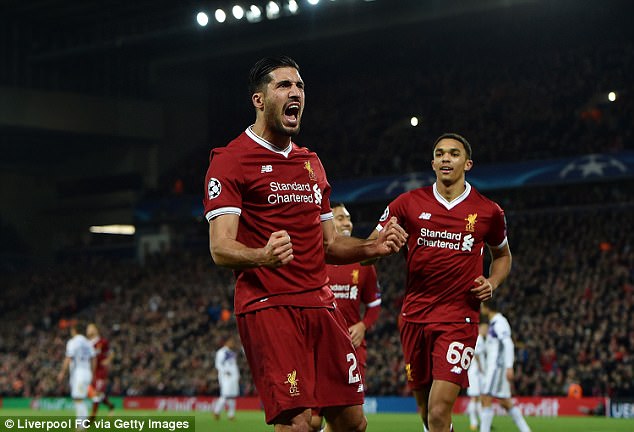 The goal was the Germany midfielder’s third of the campaign, all of which have come in Europe, and he now wants to translate that to the Premier League as he has not scored domestically since his overhead kick goal of the season winner against Watford in May.

‘I want to score in the league as well but my job is to help the team in midfield, win tackles and create something,’ he added.

‘I try to help the team if I can and if I can score I am happy.’

Scoring is not a problem for summer signing Mohamed Salah, who moved into double figures with a clever back-heeled effort to break Maribor’s resistance. 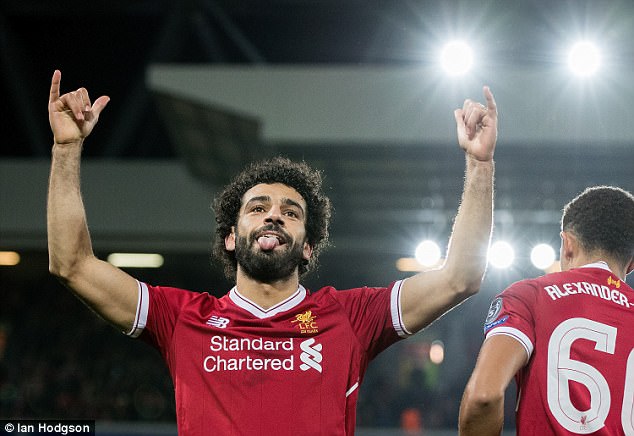 Mohamed Salah opened the scoring for Liverpool with a backheeled effort

The Egypt international has taken 16 matches to score his first 10 goals, on a par with Fernando Torres and better than Luis Suarez when they first arrived.

Deployed on the right wing the former Chelsea player has benefited from being able to cut inside and Klopp is delighted with the progress he is making.

‘He is a very offensive midfielder, if not a striker,’ said the Reds boss.

‘He likes these situations. He used his speed even in the small space (against Maribor), coming in behind.’