As far as auditions go, Simon Mignolet’s performance during Liverpool’s recent pre-season friendly with Sporting Lisbon will be one to forget in a hurry.

The Belgian has taken centre stage as Liverpool prepare for the fresh campaign, with No 1 Alisson enjoying an extended break after winning the Copa America with Brazil.

Taking between the sticks in New York, things were going fine for Mignolet… until Sporting midfielder Bruno Fernandes unleashed a bullet of a shot from around 40-yards. 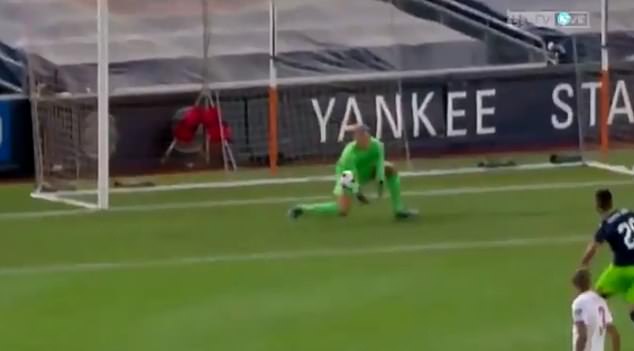 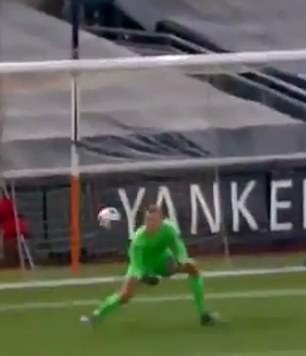 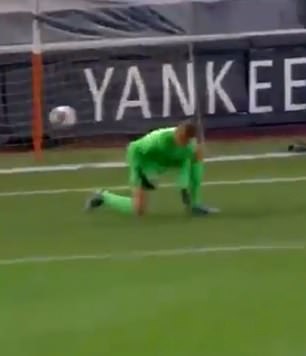 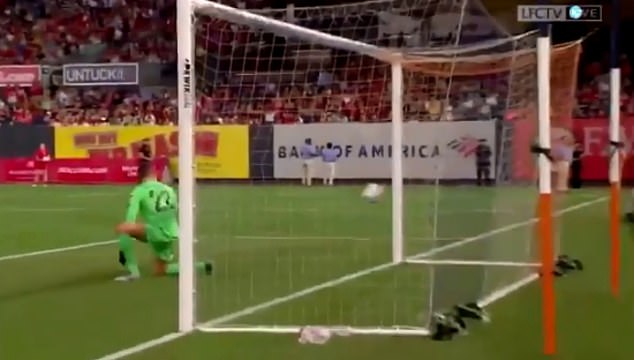 The ball then pinged into the back of the net, leaving Mignolet looking back humiliated

Keeping his eyes on the ball, what should have been a simple parry for Mignolet turned into an early contender for howler of the season.

The 31-year-old got down low to meet the ball, only for it to bounce up off the turf just in front of him and slide into the back of the net after hitting his chest.

Mignolet could be seen immediately shaking his head and looking bitterly disappointed, after the attempt to smother the ball up completely failed. 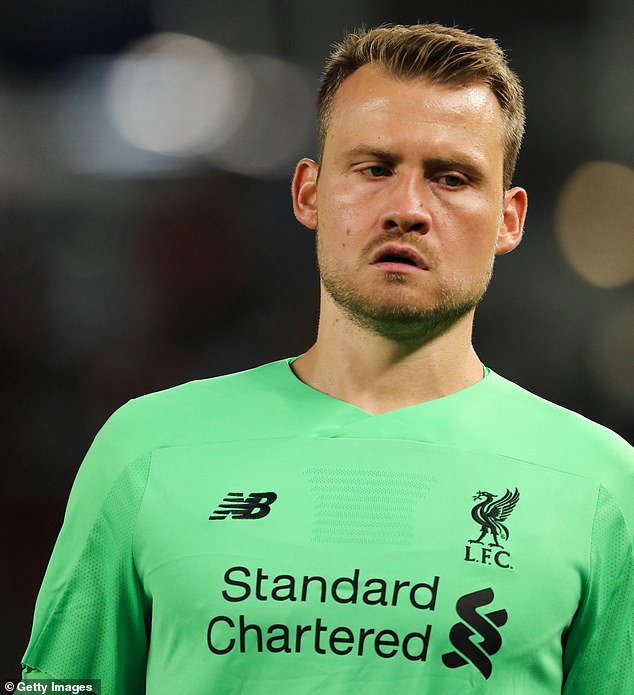 The timing could not be worse for Mignolet, who was all but auditioning to show his capability as a challenger for Alisson’s position.

The Brazilian won the Golden Gloves award in his first season and played a crucial role in the Reds winning the Champions League.

Liverpool have been faced with quite the goalkeeping conundrum this summer, after having to bring in Andy Lonergan on an emergency loan for pre-season, with youngster Kamil Grabara heading to Huddersfield.

Jurgen Klopp revealed in July that Mignolet would be remaining at Anfield, despite his playing time now becoming severely limited.

During his time on Merseyside, Mignolet has been defined by a series of errors, which led fans to question his position as first choice stopper.

The 2015/16 season saw the Belgian feature statistically as one of the most error-prone goalkeepers in the Premier League, with blunders against Stoke and West Brom the pick of the bunch. 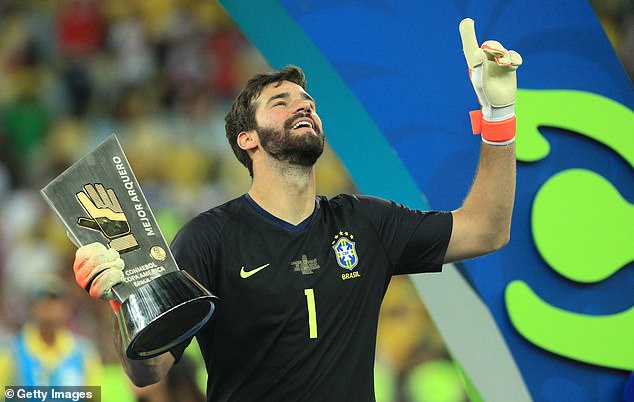 In the same campaign the Belgian was also penalised during a European clash with Bordeaux for holding onto the ball in his area for almost 30 seconds. A freekick was given against Mignolet, from which the French side scored from.

Mignolet is expected to be given chance to redeem himself as the Reds pre-season campaign continues, with Alisson not yet due back from a summer break.

Liverpool return to action on Sunday, when they go up against Napoli inside Edinburgh’s Murrayfield stadium.