Liverpool were handed a big boost ahead of their Champions League final with Real Madrid as Fabinho and Joe Gomez both trained in the final training session.

However, Thiago Alcantara was absent for the Reds as he continues to struggle with an achilles problem that he picked up during their 3-1 win over Wolverhampton Wanderers on the last day of the season.

The Spaniard limped out of the game just before the interval and now faces a race to be fit for the crucial clash against Los Blancos at the Stade de France. 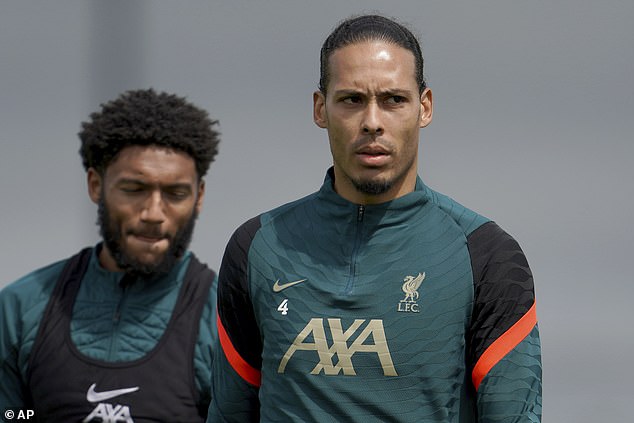 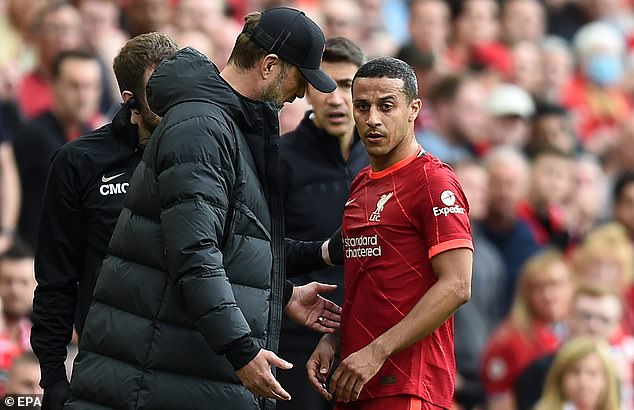 He will receive treatment at Liverpool’s AXA Training Centre before a last-minute decision is made on his fitness at Saturday’s final.

His manager Jurgen Klopp admitted the injury was ‘not good’ but refused to rule him out of the final, saying: ‘Not good, but I cannot say more,’ he said after Liverpool beat Wolves on Sunday.

‘He was outside with the families, had his little girl on his shoulder, so he could walk. That’s obviously a good sign. All the rest, we’ll see from tomorrow.

‘Yes, lower part of the body. I know it but I actually don’t want to talk now about it. We will see. Just give us a chance to… it makes the news not better or worse, we want to wait until we know more about it. Then you get the information as well.’ 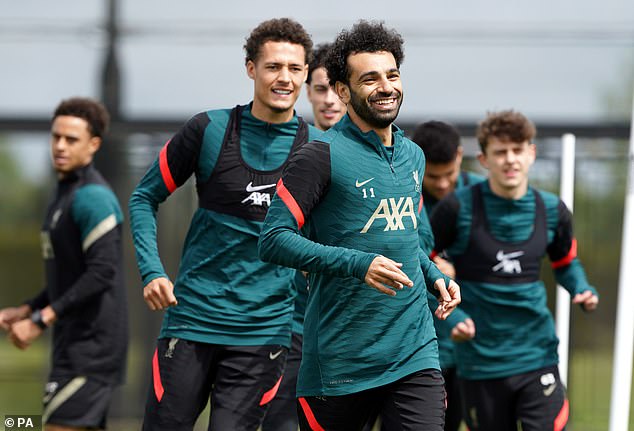 There was better news on Fabinho, however, who has missed the last three games with a hamstring injury, but was involved in the session as he joined the rest of the squad being put through their paces by Jurgen Klopp.

Virgil van Dijk and Joe Gomez also featured having missed the final game against Wolves – with the former missing the previous win at Southampton and Gomez being withdrawn at half time with an ankle issue.

Mohammed Salah led the rest of the group who were beaming with smiles as they look to carry their good feeling into Saturday’s final.

Divock Origi – who scored the second goal in Liverpool’s 2019 Champions League final against Tottenham – is leaving this summer and will not play due to a muscle injury he picked up against Wolves.