Mohamed Salah and Jordan Henderson were among the Liverpool stars snapped leaving Anfield on Tuesday after their Champions League victory over Roma.

The Egypt forward was seen smirking as he drove out of the ground following another incredible performance for the Reds. 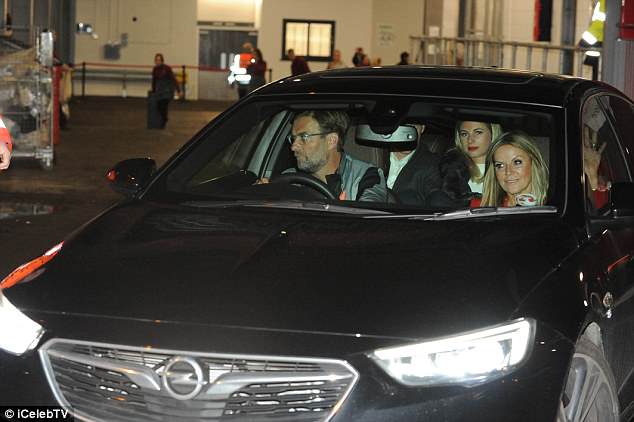 Salah has now scored 43 goals for Klopp’s side, who head into next week’s second leg on the cusp of a first Champions League final since 2007.

The Liverpool boss was also pictured driving out of Anfield alongside wife Ulla Sandrock following another successful night in the dugout.

Klopp’s leader on the pitch, captain Jordan Henderson, gave a wave as he drove home from the ground, knowing he is only 90 minutes away from a second European final since joining the club.

One sour note for the Reds on another historic European night was the injury suffered by midfielder Alex Oxlade-Chamberlain in the first half. 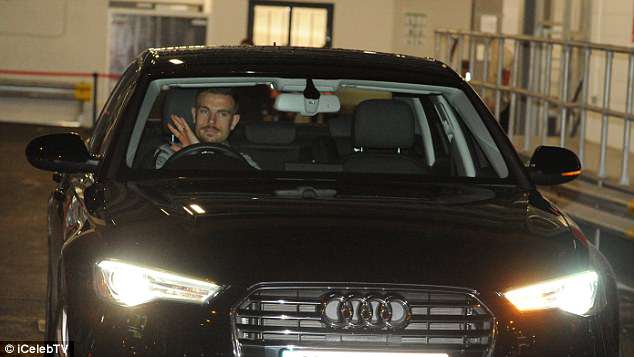 The England international left the pitch on a stretcher and looked glum as he was driven from Anfield alongside girlfriend Perrie Edwards following the final whistle on Tuesday night.

‘Oxlade-Chamberlain is probably a really bad injury,’ Klopp told BT Sport. ‘If you can say that already before the scan then it’s never good news, so that means for us it’s a massive blow.

‘We have still some very important games to go and the squad doesn’t get bigger any more, so we need to be creative in the next few games.’