It was just a couple of months ago that Jurgen Klopp claimed he didn’t have ‘the skills for playing mind games’. If that was true, it hasn’t taken him long to learn.

This week, in a chat with Germany legend Lothar Matthaus for Sport Bild, Liverpool’s manager effectively ruled his side out of the race for the Champions League spots, despite them sitting just five points behind fourth-placed Chelsea.

From the way Klopp was talking, you could be forgiven for thinking there were just a few games left of the season, and that Thomas Tuchel’s men had three already-relegated sides still to play at Stamford Bridge.

The reality, however, is very different. Both sides have nine matches to go, and instead of Sheffield United and West Brom, Chelsea finish the campaign against champions-elect Manchester City and European hopefuls Arsenal, Leicester and Aston Villa.

But it is not just the Blues’ tough run-in which makes Klopp’s claims feel more like an attempt to take the pressure off his players, and perhaps place it on the shoulders of Liverpool’s rivals.

‘I like to be an optimist, but in the league it is almost impossible to qualify in the competition for the places that we have,’ Klopp told Matthaus.

‘At Tottenham, Gareth Bale is now playing again, and they are also in the running. Plus City and Manchester United, who are far away. Chelsea is on the rise.

‘Reaching Champions League qualification through the league will be difficult, we know that.’

Almost impossible or difficult? Even Klopp seemed a little unsure about how best to describe his side’s chances, despite returning to winning ways with a narrow 1-0 victory at Wolves on Monday night. 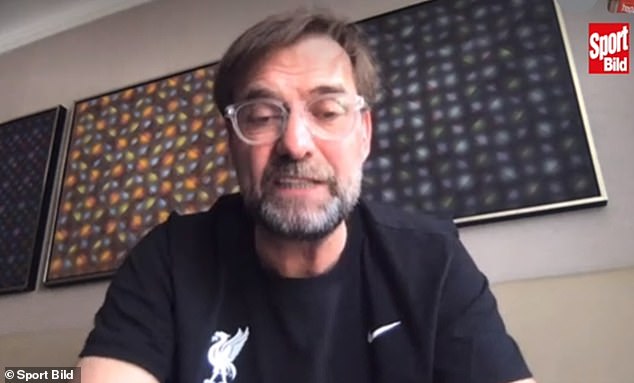 That result at Molineux means the Reds are just five points behind their main rivals for fourth spot, Chelsea, having played the same amount of games.

Admittedly, runaway leaders City and second-placed United, who are 11 points ahead of Liverpool, are out of reach, with two of the Premier League’s four Champions League spots almost certain to end up in Manchester.

And with third-placed Leicester 10 points clear of Klopp and Co, it does appear that the reigning champions are in a scrap with Chelsea, West Ham, Everton and Tottenham for one very lucrative position in the table.

But while Liverpool’s bid to retain their title has imploded in spectacular fashion since the turn of the year, it doesn’t mean the season should be written off completely.

In fact, Klopp and his players have a relatively favourable final nine games to look forward to despite their ongoing injury problems in defence.

Following a lengthy break because of international fixtures, the Reds return to action away at Arsenal on April 4. The trip to the Emirates is one of only two games against their traditional Big Six rivals remaining, with the other coming against old foes United at Old Trafford at the start of May. 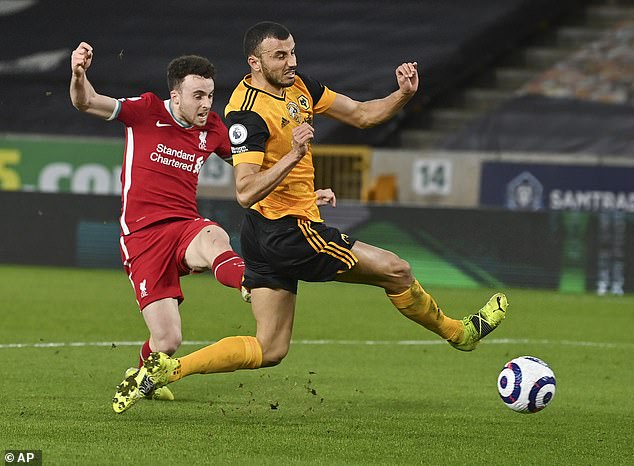 Roberto Firmino is likely to be back in contention for the game against the Gunners after a knee problem, while Jordan Henderson may return the following week against Aston Villa as he recovers from an adductor injury.

Games against an unpredictable Leeds side, struggling Newcastle and an out-of-sorts Southampton should also give Klopp reasons to be optimistic as they look to make up points on Chelsea.

But it is perhaps Liverpool’s final three matches of the season – combined with Chelsea’s tricky run – which will have fans dreaming of Champions League games at Anfield next season. 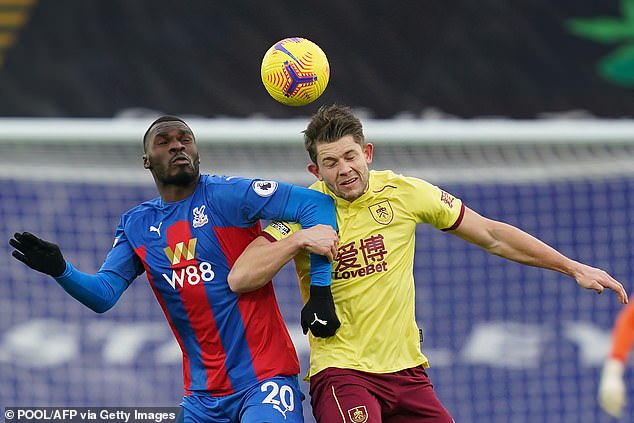 CHELSEA’S TOUGH END TO THE SEASON

While Tuchel’s men face tough games against City, Arsenal, Leicester and Villa – all of whom could be fighting for something – Klopp and his players will face West Brom and Burnley away, before rounding off the campaign at home to Crystal Palace.

There is every chance that the Baggies could be bound for the Championship by then, with Burnley and Palace safe from the drop and stuck in mid-table mediocrity.

As well as their difficult end to the season, Chelsea also have interest in two other competitions, having beaten Atletico Madrid on Wednesday night to reach the quarter-finals of the Champions League.

Those extra games will surely take precedence over league fixtures against West Brom, Palace and Brighton in April, with tinker-man Tuchel likely to rotate his starting XI in a bid to keep his players fresh and firing. 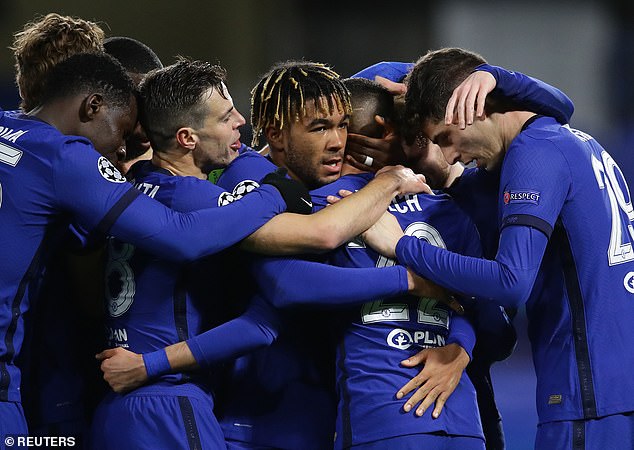 The Blues also have an FA Cup quarter-final with struggling Sheffield United this week, and will fancy their chances of making it to the Wembley final on May 15.

Liverpool also find themselves in the last eight of the Champions League, but will perhaps see the competition as a chance to reignite their league form.

The Reds have been impressive in Europe this term, finishing top of their group before dispatching Bundesliga high-flyers RB Leipzig at the last-16 stage.

Klopp has admitted that it has given them a chance to reset and forget their domestic problems, and a good result in the next round – particularly against one of the continent’s elite sides – could give their league form a boost.

Elsewhere, some of Klopp’s concerns about finishing fourth appeared to stem from the form and ability of the other teams in the running. 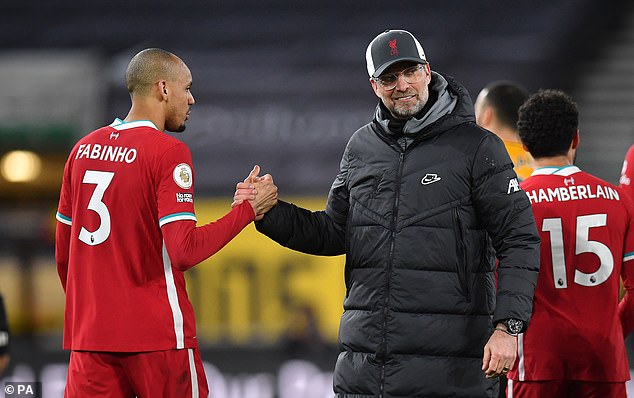 He mentioned Tottenham and Gareth Bale specifically in his interview with Bild, while West Ham, Everton – and even Villa and Arsenal if they win their games in hand – could be considered as challengers for fourth spot.

However, in this strangest of seasons where home advantage has been seemingly wiped out, almost every team has struggled to find consistency and build momentum over a long period.

David Moyes’ Hammers currently sit in fifth but appear to lack the experience and attacking quality to overtake Chelsea, while Everton, who currently sit seventh and are level on points with Liverpool, have struggled at Goodison Park all season and may see a Europa League spot as a more achievable goal. 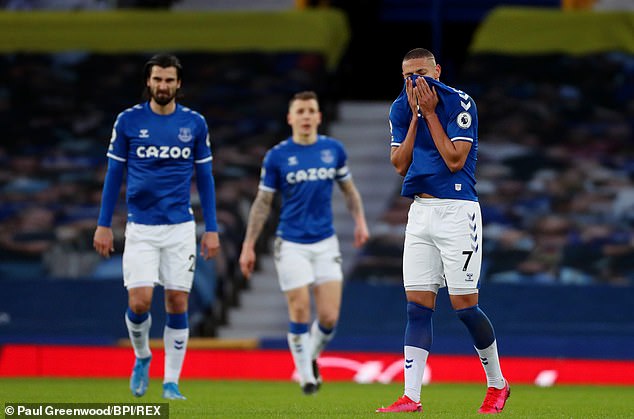 Jose Mourinho is refusing to give up on a Champions League position despite Spurs sitting eighth, but with Europa League commitments and concerns over his players’ application in the biggest games, it appears unlikely.

Villa and Arsenal, meanwhile, would need a near faultless end to the season to jump up the table and snatch fourth from under the noses of those around them.

Klopp is right when he says leading Liverpool to a fourth place finish will be ‘difficult’, particularly given the impressive form Chelsea have been in since Tuchel arrived at the club in January.

But writing the season off and claiming it is ‘almost impossible’ is nothing but a tactic to relieve the pressure on his under-performing players.

They certainly won’t be giving up on a Champions League spot just yet, and nor will he.