Liverpool mayhem as coins are thrown at Pep, then Klopp is sent off for ‘losing it’

Out of control! Big-match mayhem as coins are thrown at Pep and Klopp is sent off for ‘losing it’… while Liverpool condemn City fans for Hillsborough chants and vandalising the away end with inflammatory graffiti

The hostility between Liverpool and Manchester City exploded again on Sunday as the champions surrendered their unbeaten start to the season at Anfield.

Mohamed Salah’s 75th-minute strike settled the contest but that provided only a fraction of the story, as Pep Guardiola had coins thrown at him during the second half and Jurgen Klopp was sent off for, in his own words, ‘losing it’ with an assistant referee.

City confirmed they would complain about the coin-throwing, which happened shortly after Phil Foden had a goal disallowed in the 56th minute. 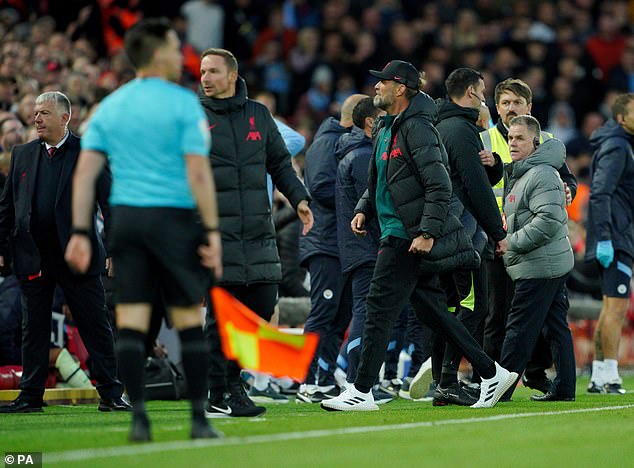 Liverpool later called the behaviour ‘unacceptable’ and said they would ban for life anyone found guilty of hurling coins.

They issued a further statement after the travelling supporters chanted about the Hillsborough disaster on several occasions. The away concourse was also vandalised, with inflammatory graffiti daubed on walls, and Merseyside police reported that four City fans were arrested. It is inevitable the FA will launch an investigation.

Guardiola was furious about the coin-throwing and, in a reference to the episode when City’s bus was attacked outside Anfield ahead of the 2018 Champions League quarter-final, he said: ‘Next time they will do it better. They didn’t get me. They tried but didn’t get me. They got it on the coach years ago but not this time.’ 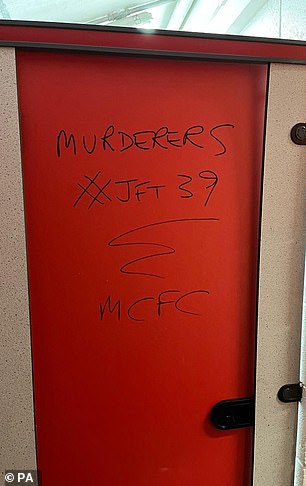 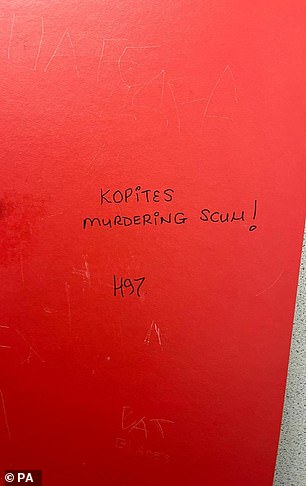 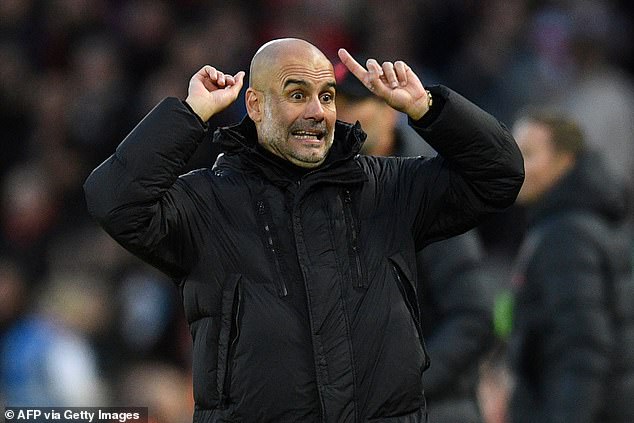 Asked whether he had regretted engaging with Liverpool supporters behind his dugout in the second half, Guardiola replied: ‘They shouted, we shout more. The game was calm and then after the goal was disallowed and after they scored a goal, it was the real Anfield.’

Klopp was aghast that one of Liverpool’s fans had behaved in such a way and said: ‘Horrible. I am sorry, I apologise for that. It should never happen.’

Liverpool, though, were furious about the actions of City’s fans. Aside from the chants about Hillsborough, there were also repeated references to the 1985 Heysel disaster, when 39 Juventus fans were killed before the European Cup final. 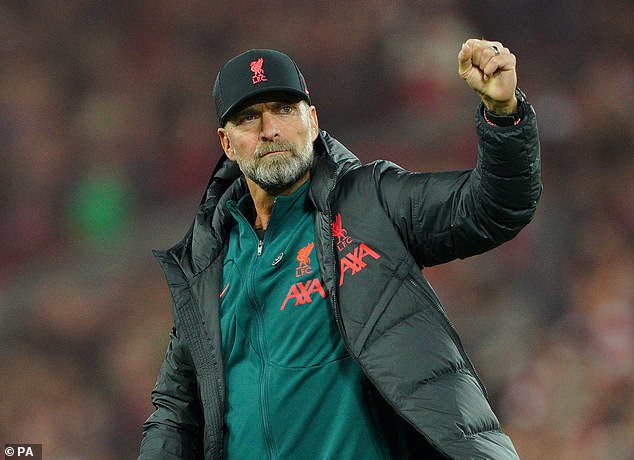 Klopp apologised on behalf of those that threw coins, whom Liverpool have said they will ban 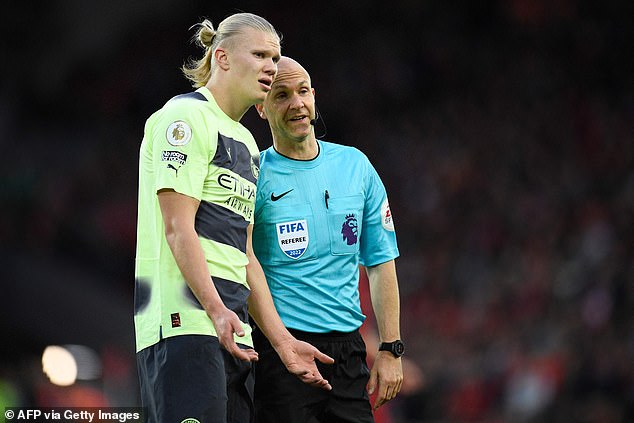 In a statement, Liverpool said: ‘We are deeply disappointed to hear vile chants relating to football stadium tragedies from the away section.

‘We know the impact such behaviour has on the families, survivors and all those associated with such disasters.’

That controversy could not overshadow a game of the highest quality — one which Guardiola felt turned when Foden’s goal was chalked off by VAR for a foul on Fabinho in the build-up.