Liverpool are sweating over the availability of Emre Can as his ongoing trouble with a back problem could force him out of their Champions League quarter-final first leg against Manchester City.

The midfielder is yet to return to Liverpool training after sitting out Saturday’s 2-1 victory at Crystal Palace.

According to The Times, Can spent Monday’s training session away from his team-mates as he received treatment on his troubled back and could be a huge blow for Jurgen Klopp should he not make a rapid recovery.

The 24-year-old will be missed by Liverpool on Wednesday night having influenced their recent 4-3 victory over Wednesday’s opponents earlier this year and has featured in all-but one of their Champions League matches this season.

Liverpool have not made it past this stage of the competition since 2008, when they were knocked out by English opposition and eventual runner’s up in Chelsea, while City are hoping to better their 2016 last-four appearance.

Adam Lallana will also miss the first leg – and is likely to miss the second – after he suffered a hamstring injury just six minutes after coming on in the win at Selhurst Park and has been ruled out for up to six weeks. 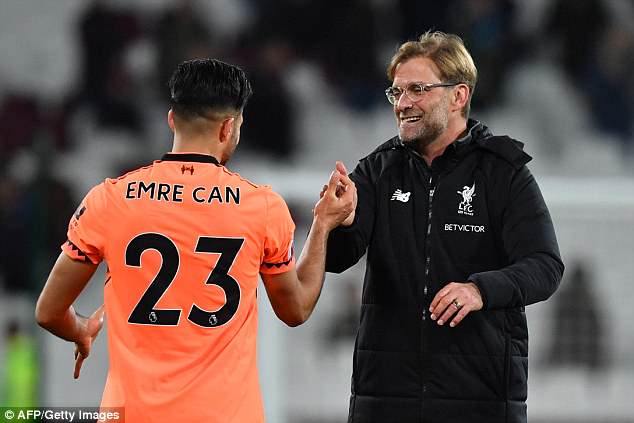 As he limped out of the Palace doors on crutches, it could prove to be a significant blow for Liverpool as they continue to push for a spot in next season’s competition and progress in the current one.

Gareth Southgate would have also watched on anxiously as Lallana was removed from the pitch, with the midfielder also a doubt to be fit for this summer’s World Cup.

Lallana has been a well-trusted servant of Southgate’s England side and would have been a prominent figure at the tournament in Russia, but will most likely be forced to watch on from home. 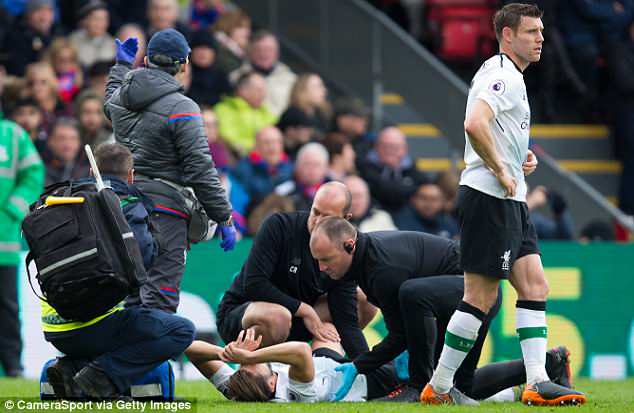