Liverpool players’ failure to console a weeping Loris Karius after the Champions League final defeat to Real Madrid has been met with heavy criticism from some supporters.

The 24-year-old German goalkeeper made two game-changing errors which led to two of Madrid’s three goals in Kiev.

Unsurprisingly devastated, Karius was not consoled by any of his team-mates in red after the game as he cut a lonely figure. 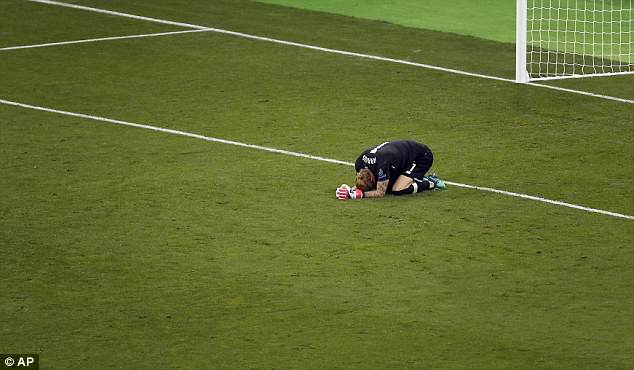 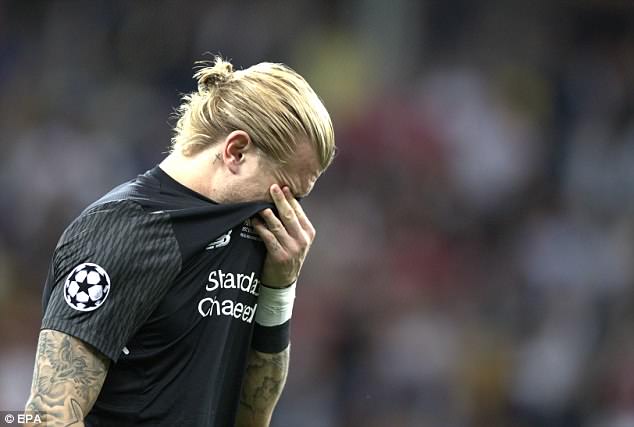 Devastated and in need of an arm round the shoulder, Karius went over to front up to the fans 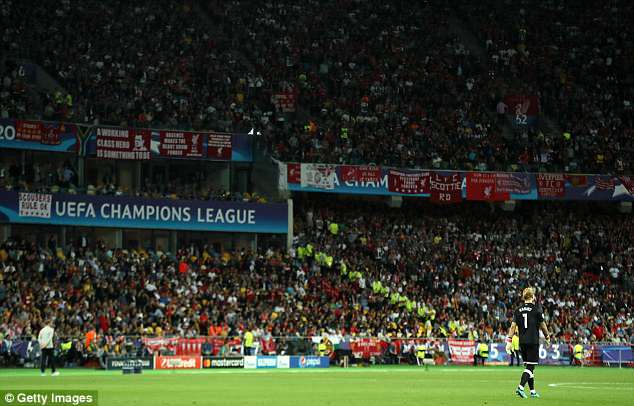 The first setback came six minutes after the interval at the NSC Olimpiyskiy Stadium when an eager Karius attempted to roll the ball out to centre-back Dejan Lovren and watched on in horror as it instead deflected in off the outstretched foot of Karim Benzema.

His second – a goal that put the game beyond any doubt – saw a long range effort from substitute Gareth Bale squirm through his hands.

But while some supporters tore into the disastrous display, others were quick to note the disappointing behaviour of his team-mates and used the club’s famous ‘You’ll Never Walk Alone’ anthem as a reference point.

You’ll never walk alone?? Saw Karius only being consoled by Madrid players after the game…. 🐸 ☕️

Karius should have got supported by his team mates! Bang out of order leaving him alone and only got consoled by the Madrid players 🤦🏾‍♂️

A Liverpool player should have gone to Karius. Still none yet. Not one.

Karius had one of the biggest mares I’ve ever seen in sport but still deserved to be consoled by his team mates. This image captures the sadness and isolation that can happen in life. A real reminder to value the friends and family who always have your back #karius #football pic.twitter.com/a832cGEkld

Anyone who is sending abuse to Loris Karius can forget about ever singing along to You’ll Never Walk Alone again. It doesn’t apply to you.

Former Arsenal, Everton and West Brom striker Kevin Campbell was one critic of the Liverpool players, tweeting: ‘Karius should have got supported by his team mates! Bang out of order leaving him alone and only got consoled by the Madrid players.’

England and Surrey cricketer Tymal Mills also picked up on the lack of support for the goalkeeper.

He said: ‘You’ll never walk alone?? Saw Karius only being consoled by Madrid players after the game….’

It was Bale, whose shot led to the second error by Karius, that was one of the first to go and console the goalkeeper after the final whistle. 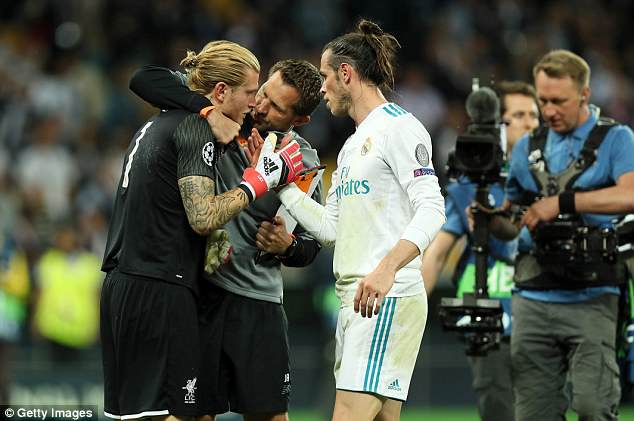 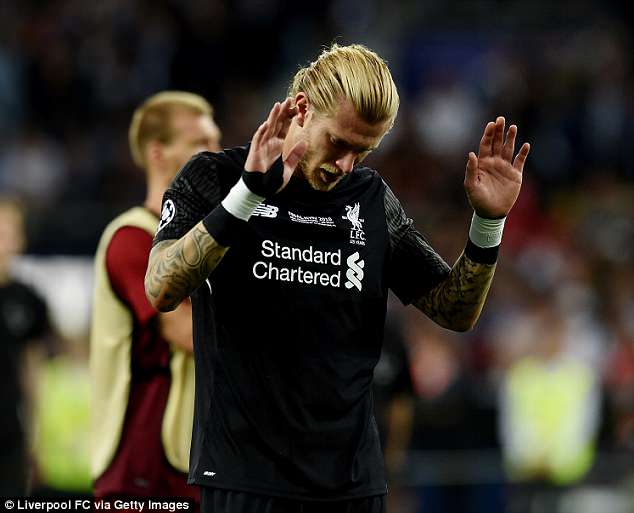 Nacho and Marco Asensio were quick to follow as Madrid’s players were praised for a classy move in the wake of winning their third successive Champions League.

Speaking after the game, Karius was nothing short of devastated after an horrific evening in Kiev.

‘If I could go back in time I would. I just feel sorry for my team. I know I let them down today.’