Jurgen Klopp has ran his men through their final preparations ahead of Saturday’s Champions League final in Kiev.

Liverpool took to the training pitch on Friday for the last time before facing off against Real Madrid as they bid to win their sixth Champions League crown.

Despite the severity of the task at hand, the atmosphere in the Liverpool camp appeared relaxed as they took part in their final training session. 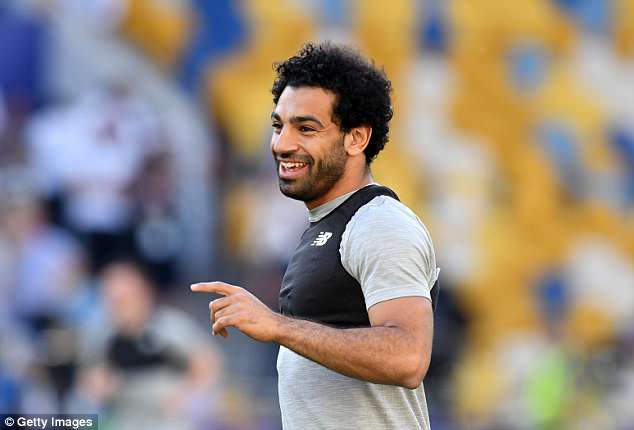 With both eyes firmly placed on Saturday’s game, Klopp was mindful of keeping the session short and at a low intensity in order to prevent any last-minute niggles.

The Liverpool players mainly focused on physical and fitness exercises before moving on to ball-related drills to finish it off.

Mohamed Salah – who will be pivotal to Liverpool’s chances of triumphing over the reigning champions – like the rest of the squad seemed calm and was pictured laughing during the session.

Klopp spoke of unity and team spirit during his final pre-match press conference on Friday and believes that is his side’s biggest threat to Madrid.

His constant reassurances to his players that he will carry the failures on his shoulders certainly seems to have settled them ahead of what is one of the biggest games of their careers.

Liverpool have had the best part of two weeks to prepare for this match but Klopp has said he has not done anything different or special and has given his squad a simple message: to implement what they have worked on this season on Saturday.

One thing that has eased the German, however, is having the capability to delve deeper into his resources should he need to on Saturday, having insisted his men are fresher than they have been all season.

‘That’s what we have had to do the whole season (play with same players), with all the injuries we have had,’ Klopp said.

‘But It is not about comparing all the good things of Real Madrid and our things, we will have the best bench we have had in weeks tomorrow night.

’11, 12 players have had to play the last six games, not because we don’t have quality but because of positions and stuff like that and they got through it.

‘We are in a really good position and are happy with the tools we have, maybe a few clubs have better things than we have but they are not in the final, we are.

‘We did it our way and we want to do it our way again and we will see what it leads to. We are as fresh as we can be. Fitness will not be an issue tomorrow.’