Andy Robertson was celebrating on the pitch in Rome when the tweet went viral. As he dreamed of lifting silverware in Kiev, social media scrutinisers uncovered him complaining about being skint.

The Liverpool left-back has had a staggering rise, probably best characterised by his social media post from his time at Queen’s Park. Back in 2012, the now-24-year-old was an amateur footballer.

More importantly, he did not have the financial security that most assume comes with life in the game. A month on from his debut for the Scottish side, he tweeted: ‘life at this age is rubbish with no money #needajob’. 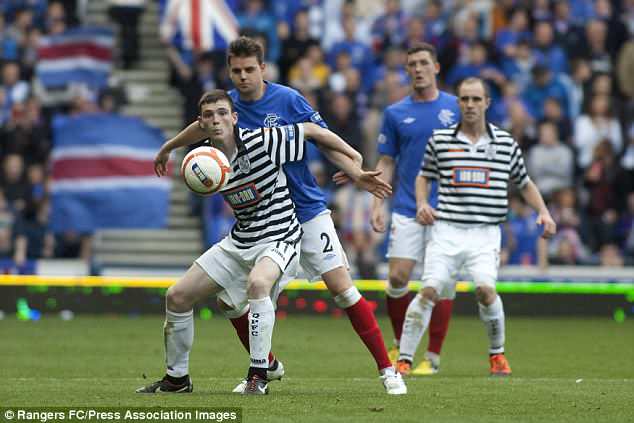 It spoke for the fact that the Scot only had his travel expenses paid for by Queen’s Park. He would later have to take a job on the tills at Marks and Spencer in Glasgow and also worked at Hampden Park for the Scottish FA.

In that role, Robertson would take bookings and had a role to play in ticketing on match days — which gave him his first glimpse of stardom.

Only five years later, Robertson was part of the Liverpool team that overcame Kompany’s Manchester City in the Champions League quarter-finals. 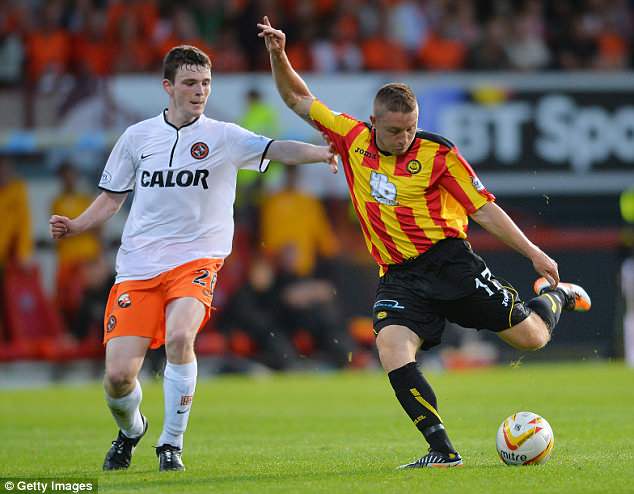 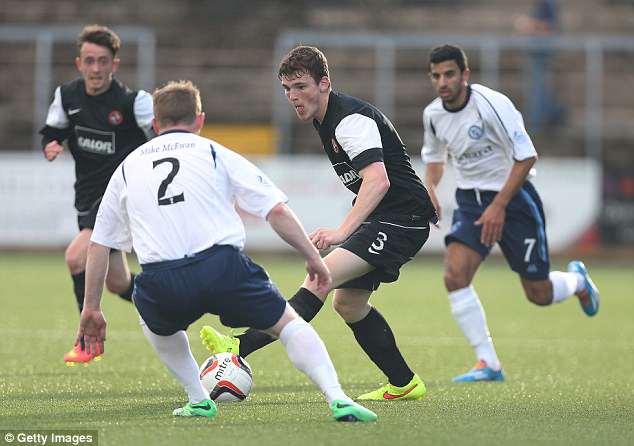 But back to 2013 and Robertson’s less-monied years. He had already had to respond to one set-back, getting released by Celtic at the age of 15 because he was considered to be too small.

He has since admitted that he felt as though his ‘dream’ had been taken away from him, but as Liverpool fans will attest, Robertson is not exactly one to fall down in the face of a challenge.

Around scanning shopping and showing footballers to their seats, Robertson impressed for Queen’s Park, helping them to a third-place finish in the Scottish third tier in 2012-13.

That earned him a professional deal at Dundee United, where he played under former Celtic full-back Jackie McNamara and formed a good relationship with him. 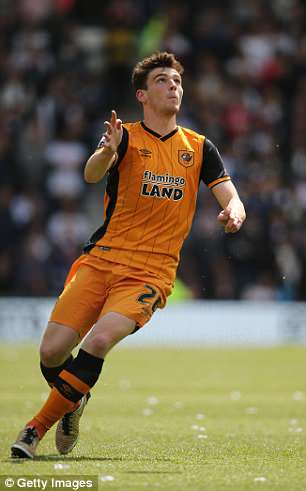 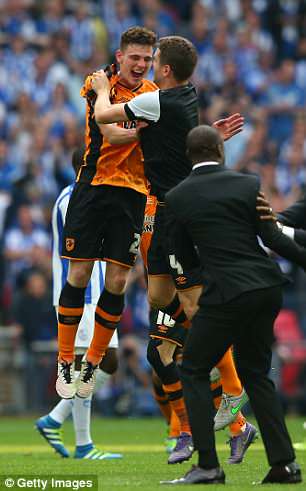 Robertson moved to Hull, who were relegated and then promoted in his first two seasons

Robertson continued to impress, to the extent that he was handed international honours by Scotland, making his debut against Poland in 2014 as a substitute.

A move south of the border beckoned, and Robertson agreed to move to Hull City in a £2.85million deal.

Robertson re-established himself in the Championship and helped the Tigers back into the Premier League. ‘The Championship season was massive. Steve Bruce really put his trust in me’, Robertson admitted. 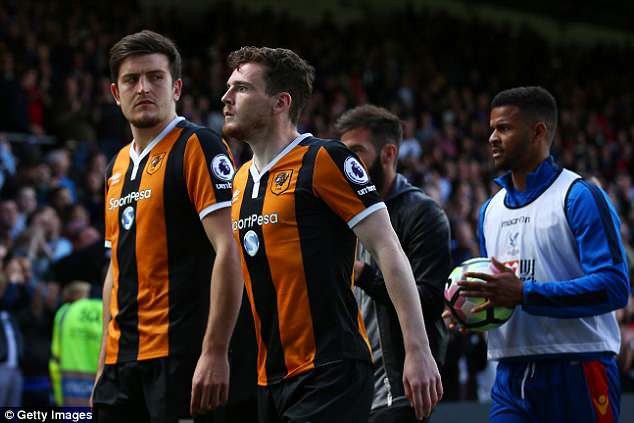 There were further struggles back in the top flight. Bruce walked away from the team he took to promotion after falling out with the club’s hierarchy. Mike Phelan could not get results, and the arrival of Marco Silva came too late to save them from the drop.

Liverpool surprisingly came in for him, paying £8million to bring him to Anfield. ‘It feels a wee bit surreal just now,’ he commented at the time, backing up the general thought process among supporters.

Obviously, there was another hurdle to jump over along the way. Robertson was only played in three of the first 12 Premier League games this campaign. Alberto Moreno was in form and James Milner was on the bench because of his versatility.

He took the risky step of going to speak to Jurgen Klopp, which can be a problem. Klopp has generally preached that if a player does not understand what is required of them after training in his system, they will not get it. 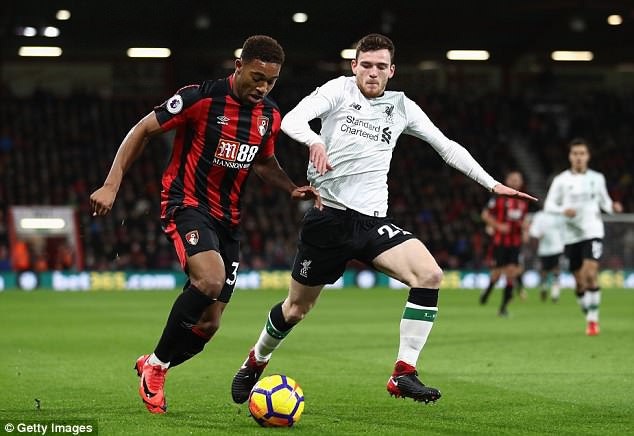 For Robertson, it worked. ‘Quite a lot of people focus on a chat we had but it’s not as if I went in to see him and we came up with some masterplan, which meant we cracked it. I just wanted to see where I was at and ask him where I could improve,’ he said earlier this week.

‘As a player, you often know yourself but there can be one factor which may mean a lot to a certain manager, which you may be missing. It was just seeing what there was and there wasn’t a big factor.

‘Alberto was simply playing well and there were things I knew I needed to improve upon. It was about staying patient and trying not to let that head drop.’

Luck was eventually on his side, if not Moreno’s. He picked up an injury and Robertson was the only available left-back over the busy Christmas period. 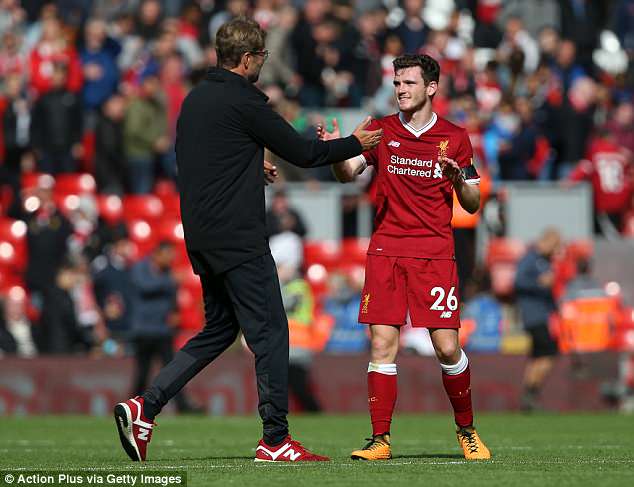 He impressed in a 4-0 win against Bournemouth and continued to fly from there, establishing himself in the team.

Robertson has grown in the eyes of Liverpool fans. The first key moment was when he handed a seven-year-old fan who had donated his pocket money to a foodbank a Roberto Firmino signed shirt, because ‘nobody wants the left-back’s shirt’.

The second came in the thrilling win against Manchester City in the Premier League. He ran the length of the pitch to press an opponent and force a mistake, bringing with him a roar from the crowd at Anfield. 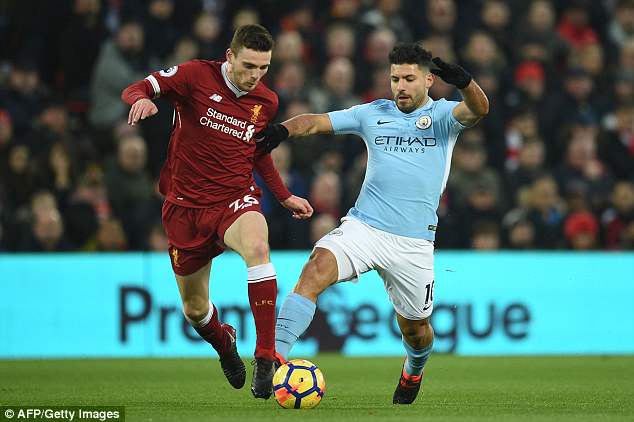 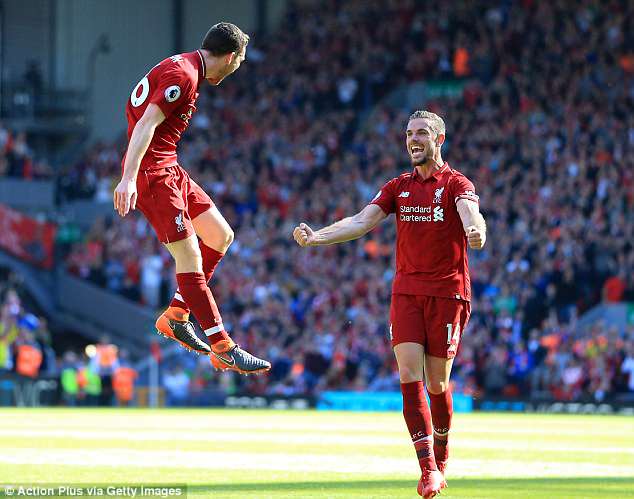 The campaign was capped by his first Liverpool goal in the 4-0 demolition of Brighton.

Now, just six years on from complaining about his finances, the well-established Robertson will be marking Cristiano Ronaldo in the Champions League final on Saturday night. He’s insisted it will be a ‘challenge’ although he will not focus on the Portugal international.

He will be supported by 26 family members and friends in Kiev. Robertson might, though, be a bit busy to show them to their seats. 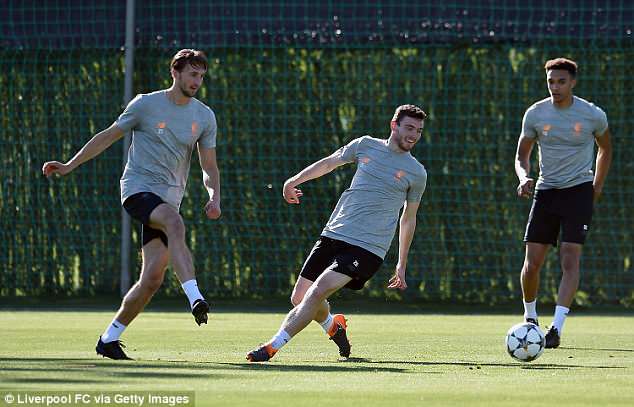