Neymar would be forgiven for waking up on Wednesday morning in a cold sweat, wondering whether James Milner had followed him back to Paris.

The Brazilian had a night to forget against Liverpool at Anfield, thanks mainly to the undivided attention that Milner paid to him throughout the 90 minutes.

And he may have guessed he was in for a rough night as early as the eighth minute, when his attempts to evade Milner ended up with him on the floor and Liverpool in possession.

The Englishman won the ball cleanly, thwarting PSG’s attack and starting one for Liverpool. Although Liverpool failed to take advantage of the situation, Milner’s tackle was one of those seminal moments that tangibly fired up the Anfield crowd.

Keen to remind people of his contribution, Milner posted a picture of the tackle to his official Instagram channel, showing the moment he dispossessed Neymar and sent the Brazilian crashing to the turf.

He combined it with the witty caption: ‘Good crowd for the piggyback race yesterday.’ 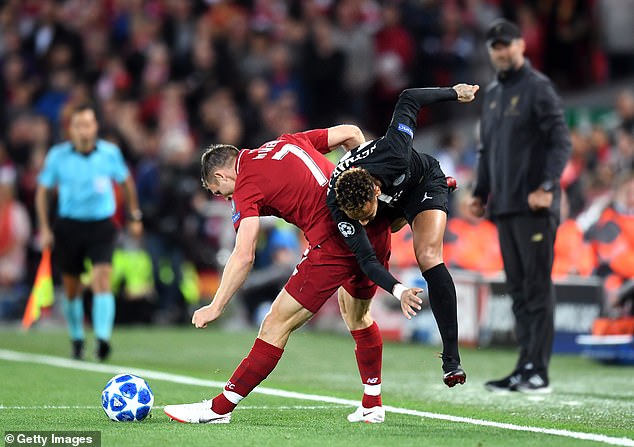 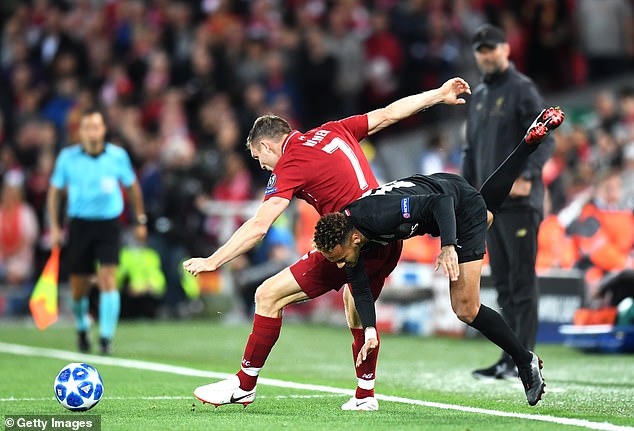 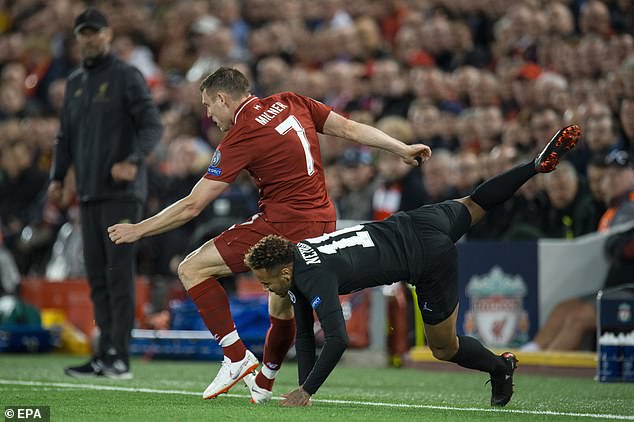 Milner not only stopped Neymar from putting the best of his ability on display, he also converted a penalty to give Liverpool a 2-0 lead midway through the first half. Although PSG would eventually peg them back to 2-2, Roberto Firmino scored the winner in the first minute of injury time.

Milner’s penalty and excellent defensive display further enhanced his reputation as the most reliable man in a Liverpool shirt. The 32-year-old, once considered little more than a utility man, now seems indispensable to Jurgen Klopp.

PSG manager Thomas Tuchel paid indirect homage to Milner in his post-match press conference, saying Neymar had been prevented from playing in his usual style due to the movements of Milner and Jordan Henderson.

He said: ‘There was not much space for Neymar to go into that No 10 position.

‘What Liverpool do really well is they try to get you inside but then close you down. So our plan was to utilise the space out wide.

‘The idea as well was to involve the full-backs to slow things down a little bit and calm things down. 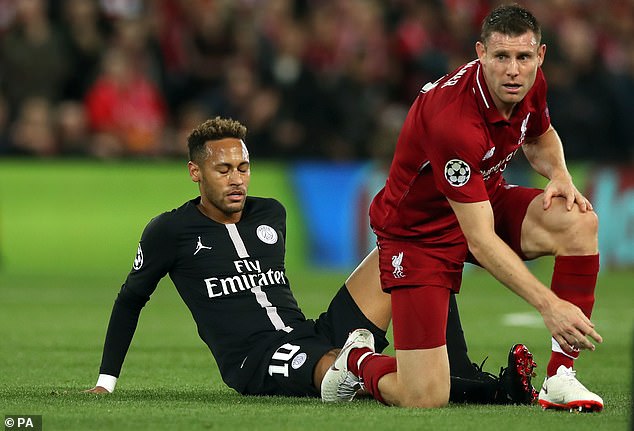