Mohamed Salah is world class on the football pitch, and when it comes to fishing he’s up to scale as well.

The Liverpool star is clearly a dab hand with a rod at the ready as he managed to catch an impressively-sized fish out at sea.

Salah, who is enjoying a break in a mystery tropical location with the family following his Champions League success with Liverpool, posed with his catch of the day and posted the picture on social media. 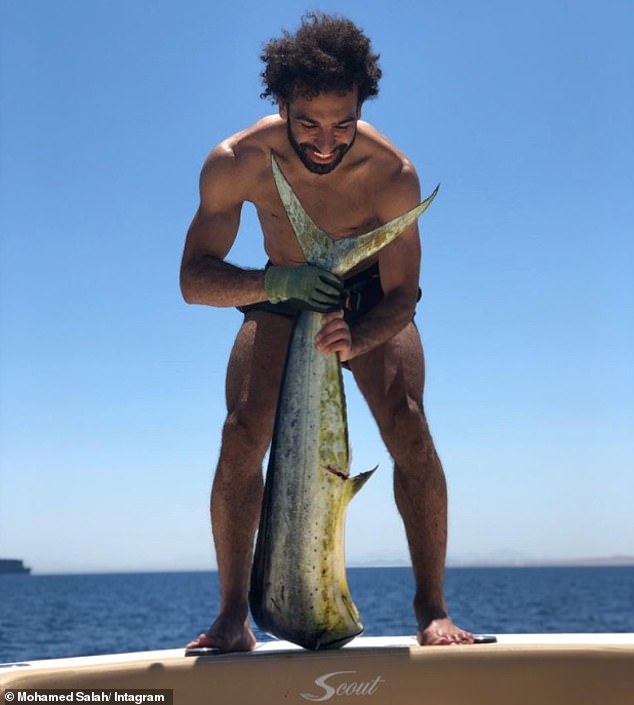 Fans were quick to swoon at Salah’s achievement as the forward held the fish – which was significantly longer than a metre – aloft for pictures.

One fan wrote: ‘You caught me.. I’m the fish you were searching for.’

Another added: ‘That’s what you call a fish la. Anything this Mohammed can’t do?’

It comes after the Liverpool forward was spotted kicking back on a luxurious yacht as it slowly sliced through the open sea.

Salah has plenty of time to indulge in more activities with the Egyptian not expected back for Liverpool duty until the end of next month. 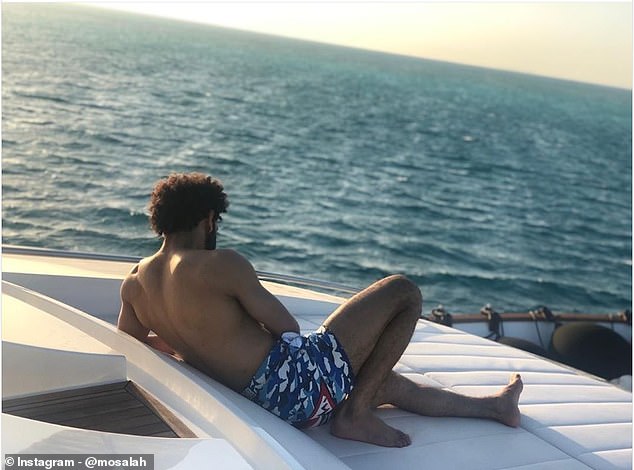