Liverpool on collision course with Egypt? Mohamed Salah confirmed in preliminary squad for Tokyo Olympics this summer without Reds being talked to… meaning he would miss pre-season and start of 2021-22 season

Liverpool could be set for a heated row with Egypt after it was confirmed that star man Mohamed Salah had been included in The Pharaohs’ preliminary squad for this summer’s Olympics.

It was confirmed by Egypt’s Under 23s coach on Sunday that Salah would be in the squad as one of the overage players for the Tokyo Games, with each country allowed three such stars in their final squads.

But to make matters worse, Egypt have yet to talk to the reigning Premier League champions about the decision, which is likely to cause the Reds problems next season.

The postponed Olympics are scheduled to take place between July 23 to August 8, meaning Salah’s club schedule would be massively interrupted.

The 28-year-old forward would be absent for most of Liverpool’s pre-season and would also miss the start of the new Premier League campaign.

And with Jurgen Klopp desperate for his side to recapture their top-flight crown next season, he certainly wouldn’t be a happy man about Egypt’s move.

On Sunday, Egypt’s Under 23s coach Shawky Gharib said that a final decision would be made soon.

Speaking on Egyptian TV, as quoted by Ahram, he announced: ‘Egypt Under 23s team’s preliminary squad will be led by Mohamed Salah and Mohamed El-Shennawi alongside another goalkeeper. 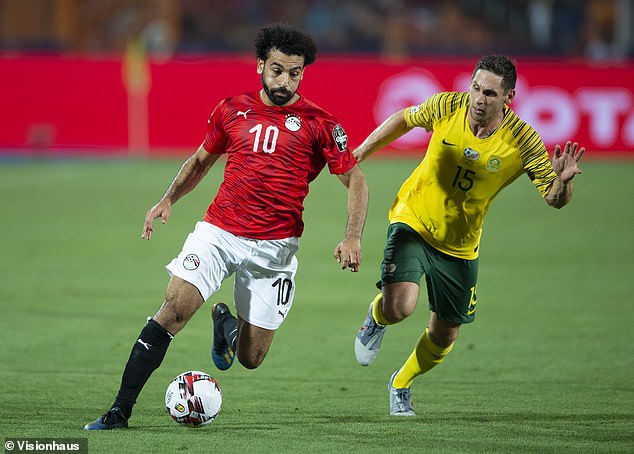 ‘Salah is currently one of the most important players in the world and it’s normal to call him for Egypt’s Olympic squad.

‘We will start the official talks with Liverpool after the international break next March.’

Klopp and Liverpool will be hopeful they win the battle for Salah’s services over the course of the summer.

Despite their alarming slump and failing in their Premier League title defence all too easily, Salah has still been in blistering form for the Reds.

Salah has netted 17 goals and provided three assists in the Premier League this season in 25 matches.

The Egyptian currently sits top of the Premier League scoring charts, two ahead of Bruno Fernandes and three in front of Harry Kane. 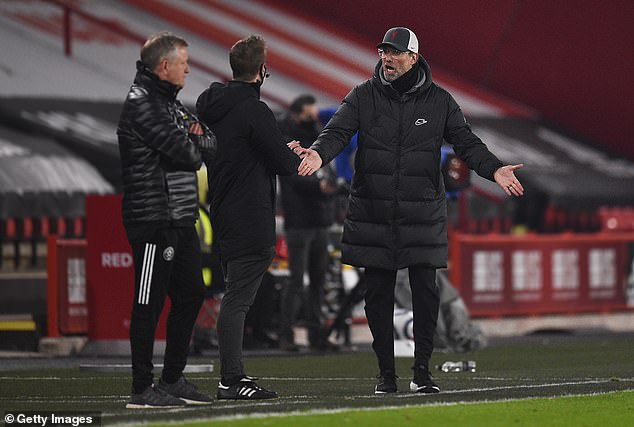