Roberto Firmino and team-mate Alisson Becker were left in tears after the Liverpool forward was baptised in an emotional ceremony held in his own swimming pool.

A large crowd of friends and family, including midfielder Fabinho, watched on as the Brazilian went through the traditional Christian baptism.

Firmino can be seen walking into the pool before having his head dunked under with Alisson also standing in the pool. 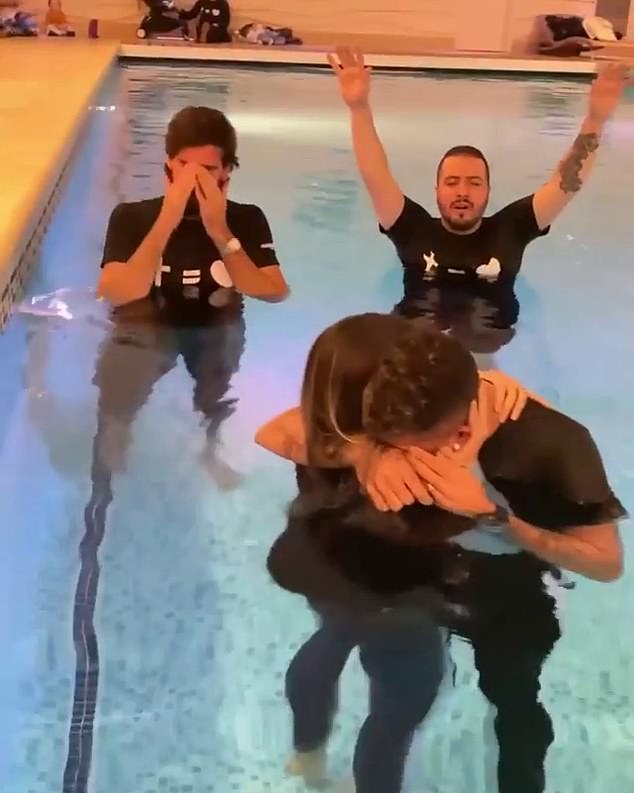 As he surfaces, he embraces wife Larissa and appears to be overcome by emotion while Alisson also tries to fight back tears.

The ceremony was led by Brazilian gospel singer Isaias Saad and a group of backing singers.

The majority of people in attendance were wearing t-shirts with a cross-equals-love logo on it, commonly associated with the global Hillsong Church.

Firmino’s baptism appears to be part of a move into the Hillsong Church evangelical group, which Alisson is part of.

Firmino, 28, married his wife Larissa at a Catholic church in Brazil in June 2017 but he has now been welcomed into the evangelical group as part of this week’s ceremony.

Goalkeeper Alisson regularly posts about the Hillsong Church on his online profiles. 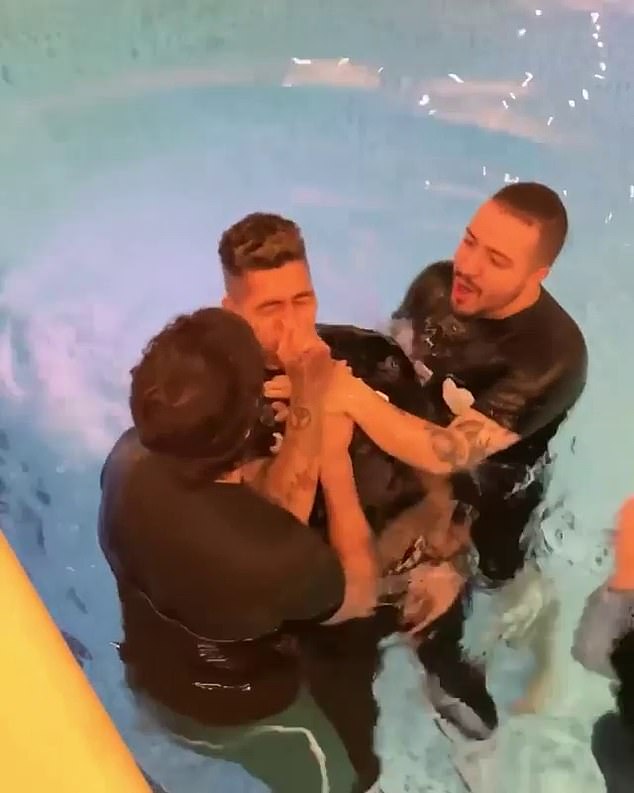 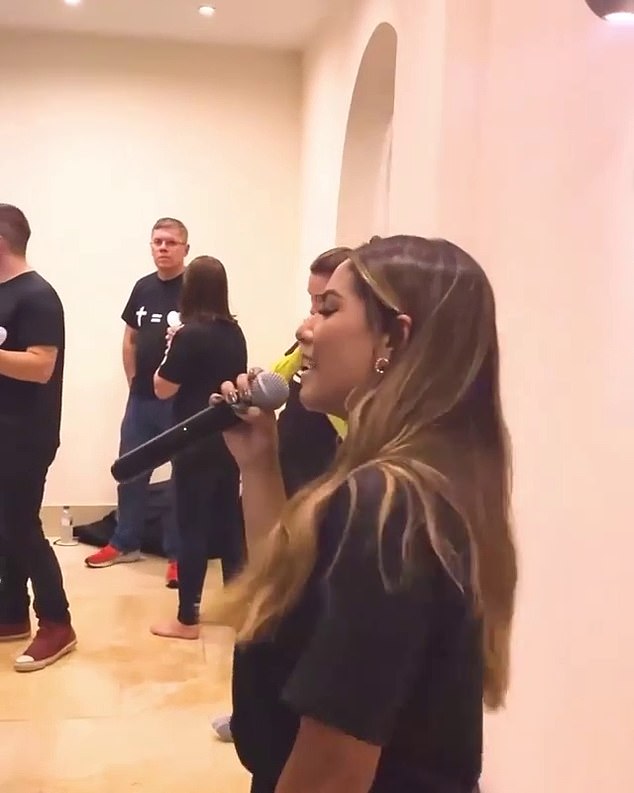 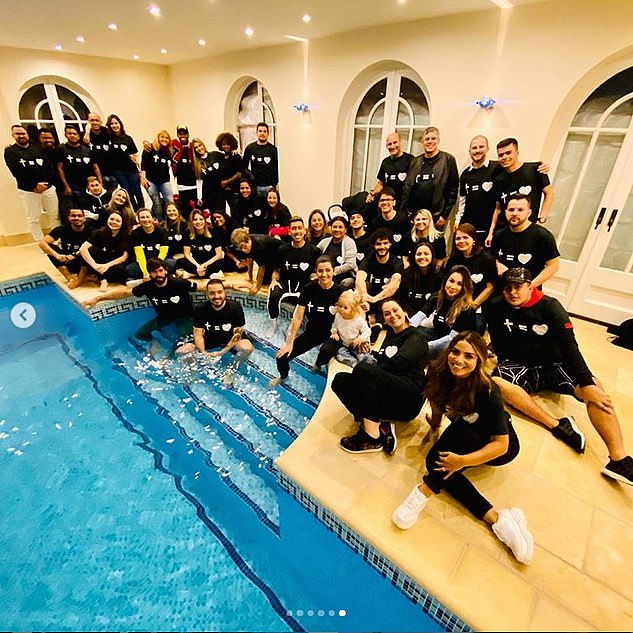 In the caption on Instagram, Firmino said: ‘I gave you my failures and the victories I will give you too. My greatest title is your love Jesus!

‘Therefore, if anyone is in Christ, he is a new creation. The old things have passed away; behold, new things have come! New time.’

As he he entered the water, Firmino was handed a microphone and said: ‘Jesus is love. [There is] no explanation. just believe it. Just believe and feel the holy spirit.’