Roberto Firmino has continued to lap up Liverpool’s special Champions League triumph back in June.

Liverpool conquered Europe for a sixth time on June 1 after beating Premier League rivals Tottenham 2-0 in the Champions League final in Madrid thanks to goals from Mohamed Salah and Divock Origi.

It was Firmino’s first Champions League title and it has left a permanent mark on the Brazilian’s life forever.

Firmino has now decided to commemorate the triumph by getting a tattoo on his back of himself lifting the prestigious trophy.

The Liverpool forward took to Instagram on Friday night to post a photo of himself unwinding in his native Brazil, while his tattoo is proudly on show.

The 27-year-old is currently enjoying an extended break following his exertions at the Copa America, helping Brazil win the competition in their own backyard. 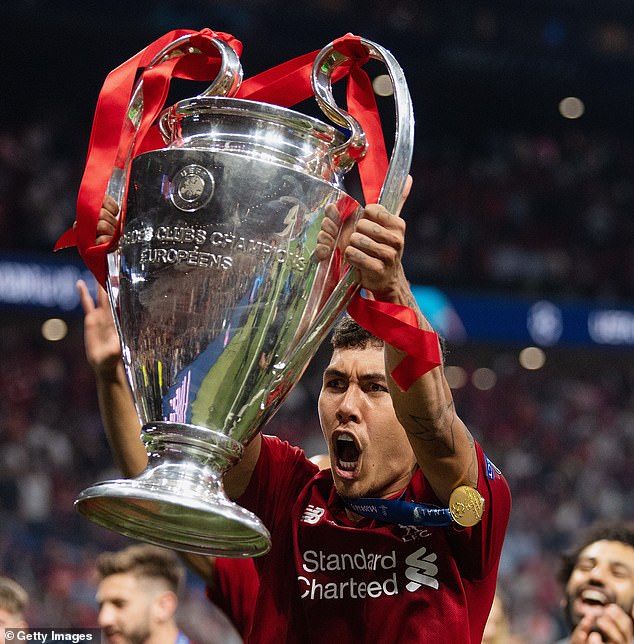 He will report back to Liverpool on Monday, July 29 as he gears up for the new Premier League campaign.

Jurgen Klopp’s side will be desperate to go one better this season after agonisingly being pipped to the title by one point last time out by Manchester City.

They will look to lay down a marker against Pep Guardiola’s side when they take on City in the Community Shield at Wembley on August 4, just five days before they kick off the Premier League against Norwich at Anfield.