‘I think you guys write it, I read it like all my friends’: Liverpool star Sadio Mane quizzed over his future amid links to Real Madrid before Champions League semi-final first leg against Barcelona

Liverpool forward Sadio Mane has seemingly shot down any reports linking him with a move to Real Madrid this summer.

Mane addressed the media on Tuesday night ahead of his side’s Champions League semi-final first leg against Barcelona at the Nou Camp.

The 27-year-old has become one of the world’s best attackers since joining Jurgen Klopp’s side in 2016 and his form has earned links to the Bernabeu as part of Zinedine Zidane’s shake up this summer.

When asked by members of the Spanish media whether or not he would like to play in La Liga someday, Mane suggested he was flattered but that his future remains in England.

He said: ‘I think you guys write it, I read it like all my friends.

‘I respect the league but the Premier League is also wonderful league and every player wants to play there.’

The Senegalese winger has been one of Liverpool’s stand-out performers once again this campaign, having notched 20 goals in the Premier League and 24 in all competitions.

His exceptional form has made him a target for Real but it is believed Florentino Perez would have to fork out over £130million if Mane were to leave the Merseyside club at the end of the season. 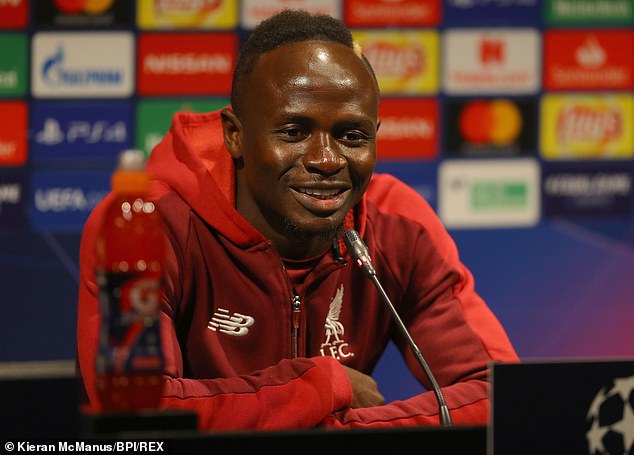 It is not the first time Mane has dropped a big hint that he’s ready to commit his future to the Reds either.

‘Reaching 100 games means a lot to me. To play this many games for a club like Liverpool is incredible.

‘Like I have always said, I am very happy to play for this club and every single day I am enjoying being here and trying to do everything to win something for this club.’