Liverpool stars board flight to Kiev for Champions League final

Virgil van Dijk whistled his way into John Lennon Airport on Thursday afternoon as Liverpool’s players showed no sign of nerves ahead of the Champions League final.

Van Dijk and Mohamed Salah were among the Reds stars pictured stepping off the team bus with their bags and onto their afternoon flight to Kiev.

The players had earlier driven themselves to Melwood, where they dropped their cars off and boarded a coach to the airport wearing trendy training gear. 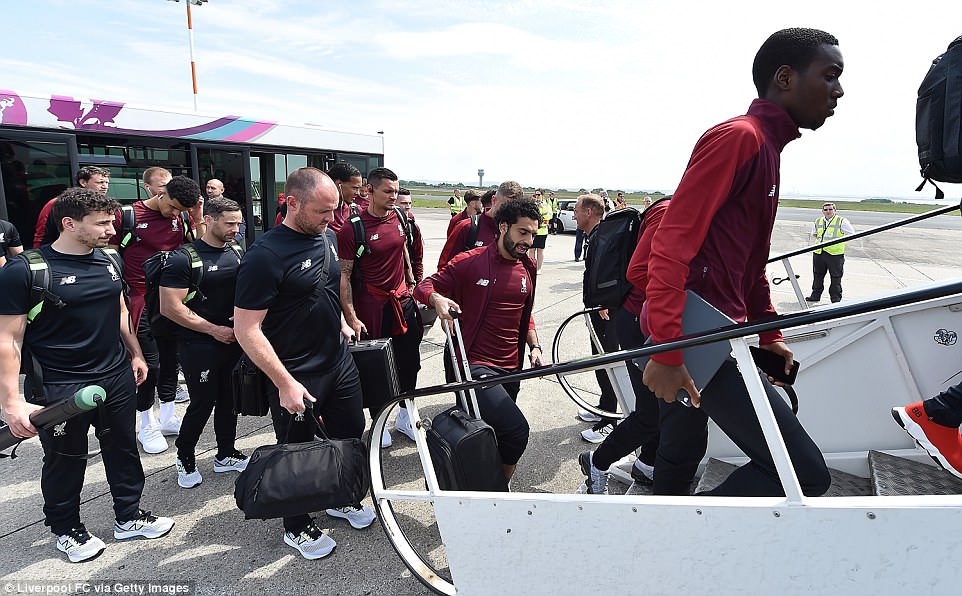 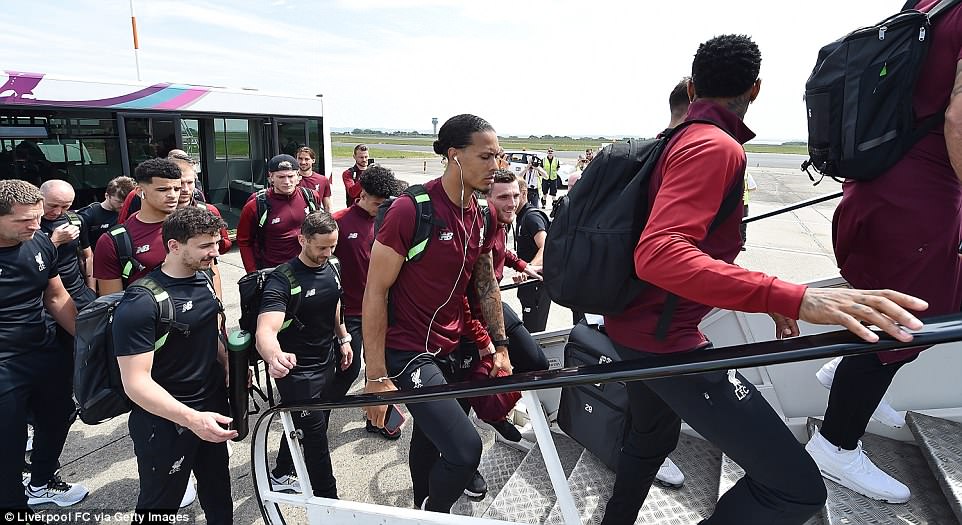 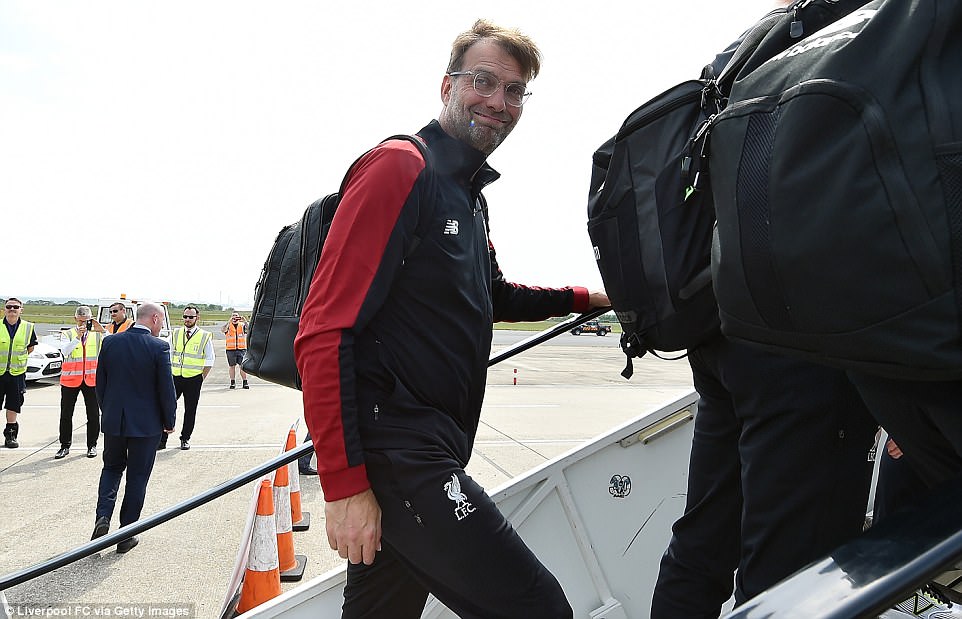 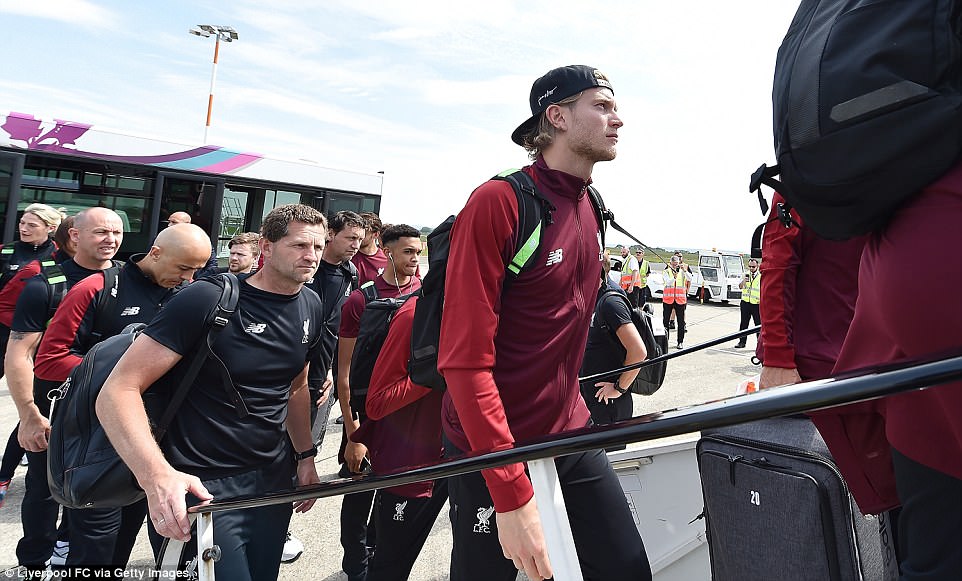 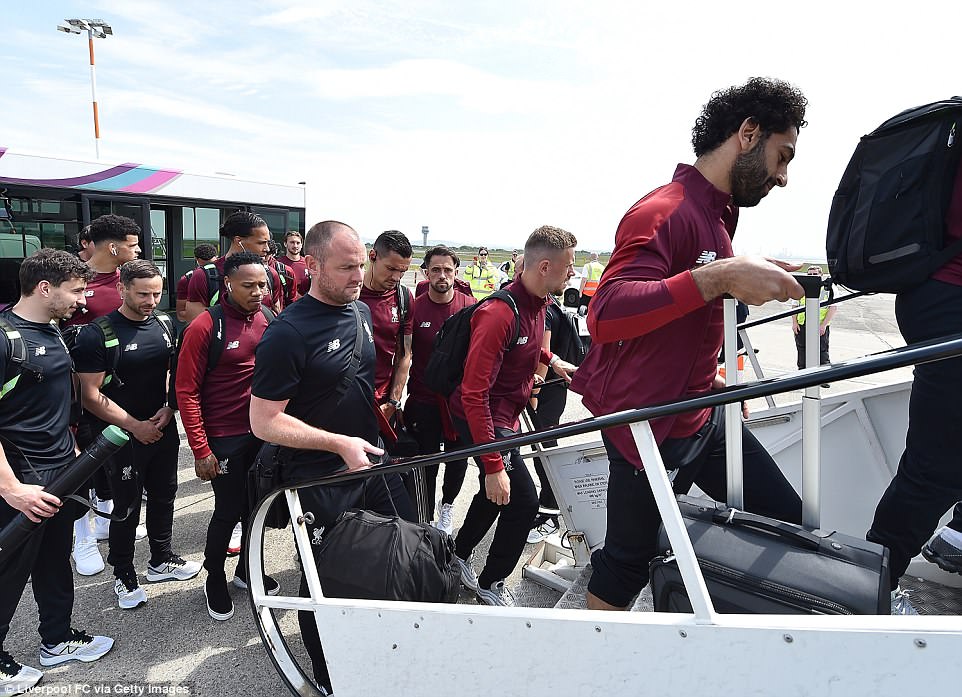 Salah takes his bag on board as Jordan Henderson, Danny Ings, Dejan Lovren and Nathaniel Clyne walk behind him 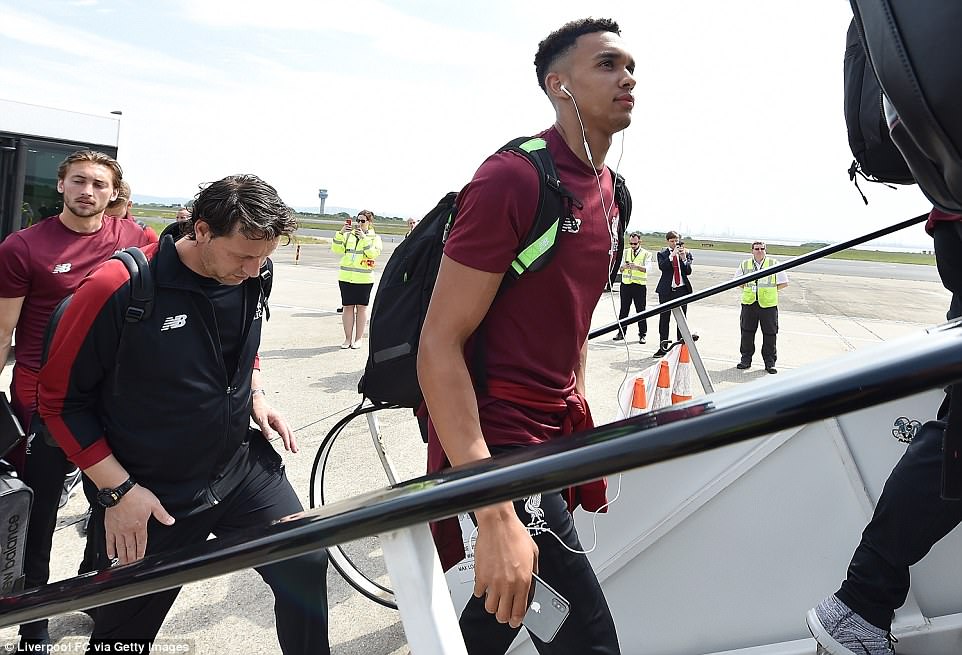 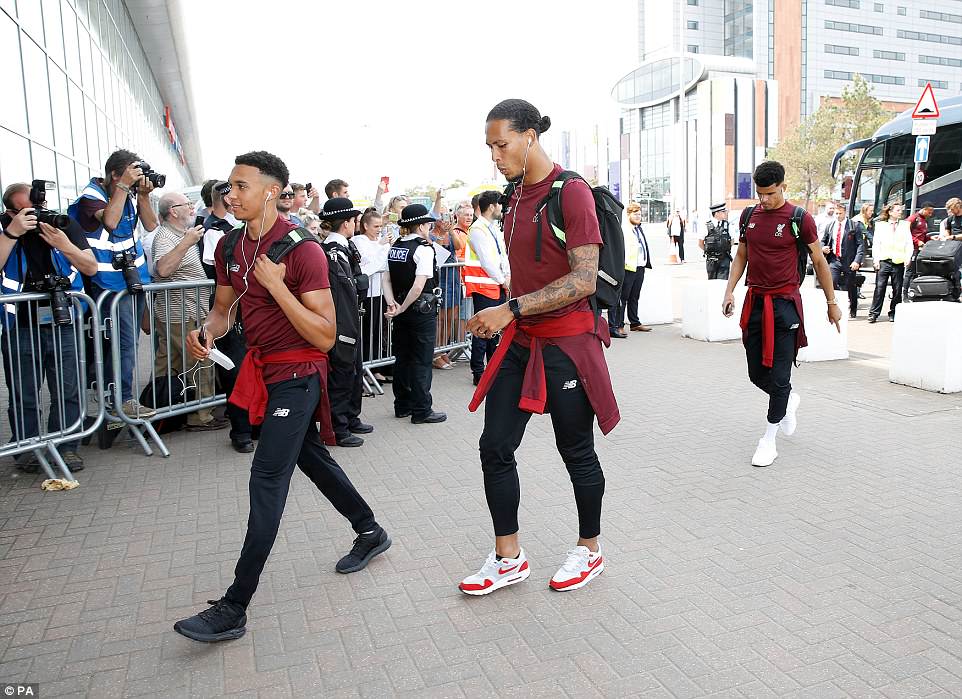 Alexander-Arnold, Van Dijk and Dominic Solanke make their way into the airport ahead of their flight 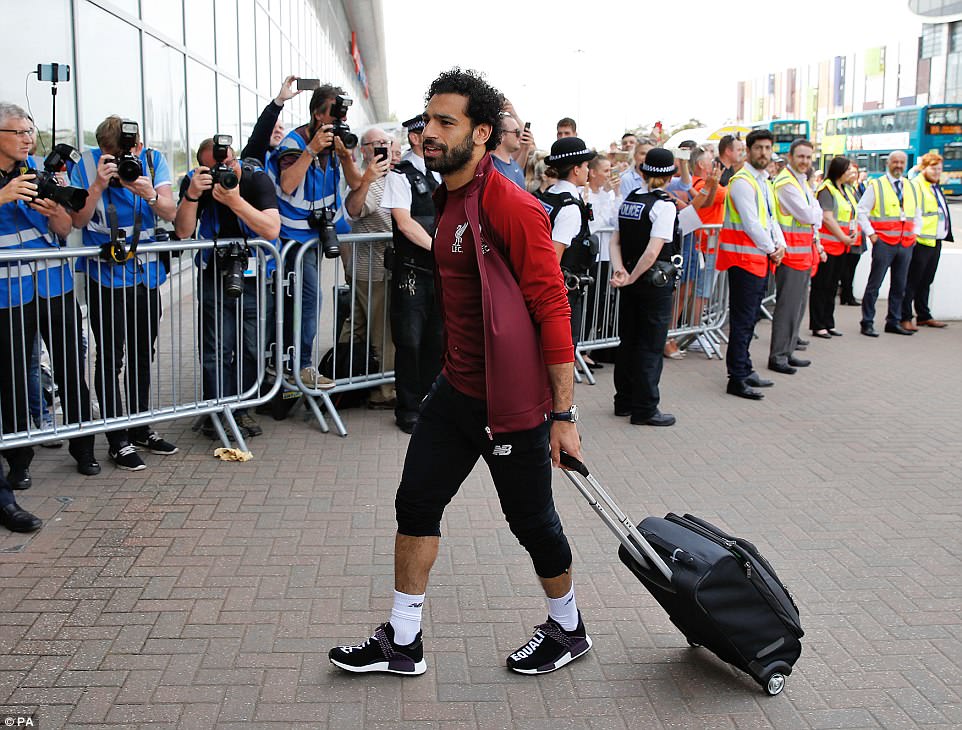 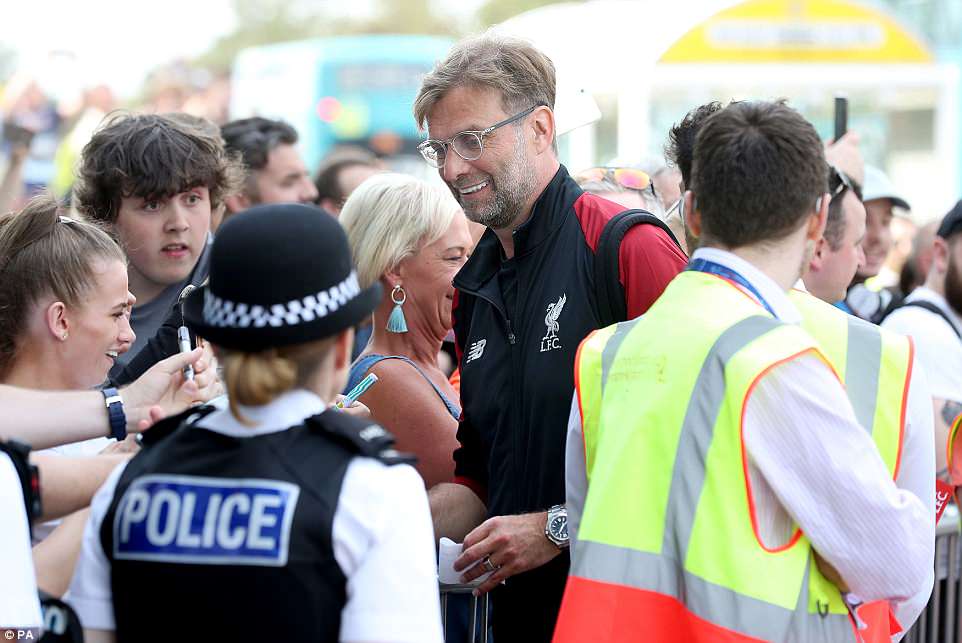 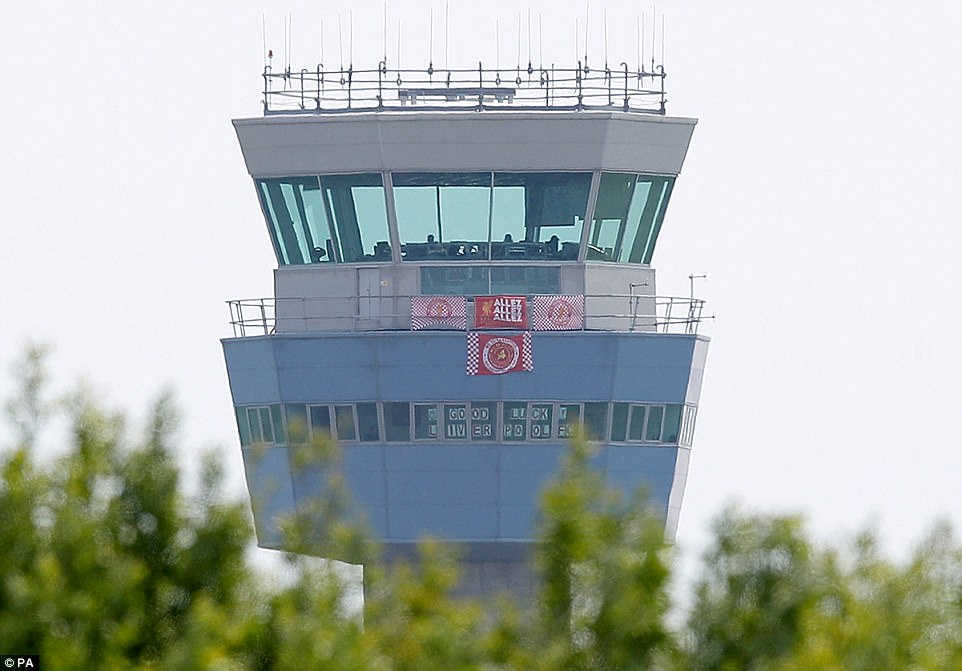 There were smiles from some of the club’s star men ahead of what is likely to be the biggest game in many of their careers.

With just two days to go until the game, Liverpool players are flying to Ukraine and are due to arrive on Thursday evening.

They will then have Thursday night and the whole of Friday to prepare.

Cristiano Ronaldo and Co are all that stands between Liverpool and a sixth European Cup, but it will be a tough task with Real having won the title for the last two seasons.

Liverpool midfielder Emre Can has been included in the club’s 24-man squad for this weekend’s big game.

It could be the last time the Germany international, who has regained full fitness having been sidelined with a back injury since late March, features for Liverpool as his contract expires next month and he has so far turned down all offers of an extension.

The Reds trained at Melwood on Thursday ahead of travelling to Ukraine. 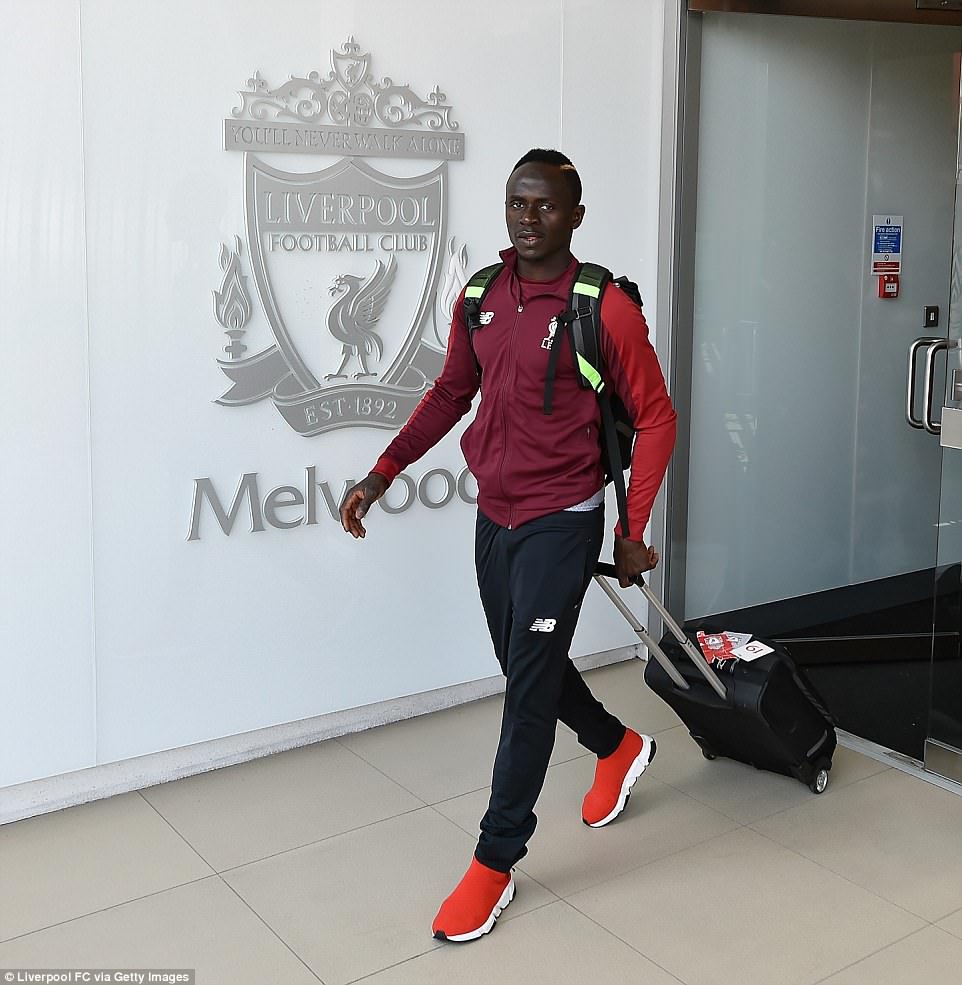 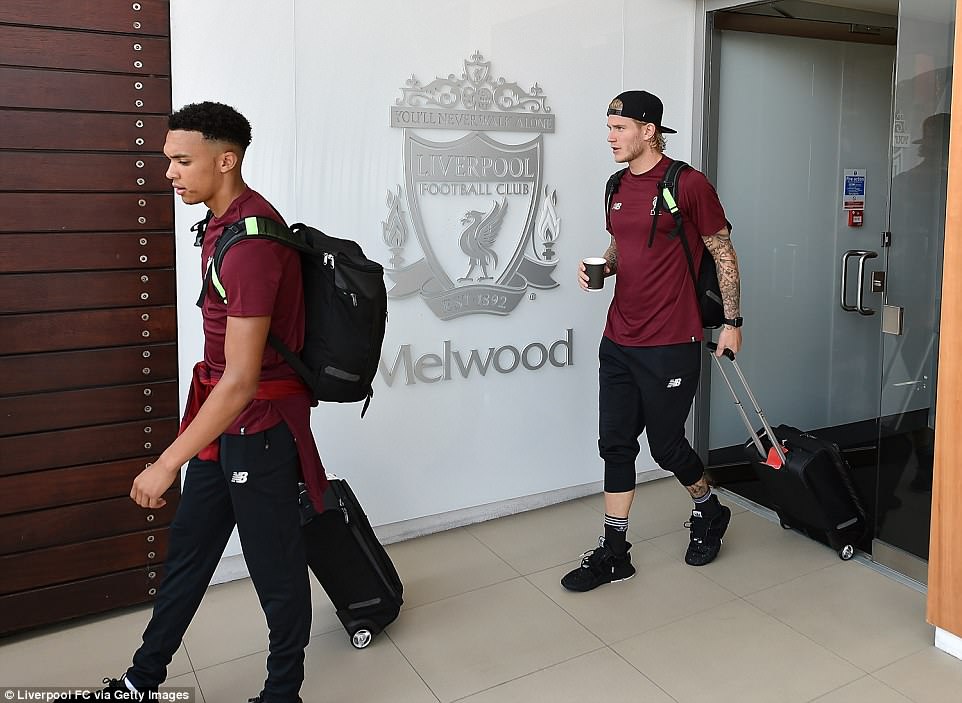 Alexander-Arnold is followed by Karius, who brought along a drink for the coach ride 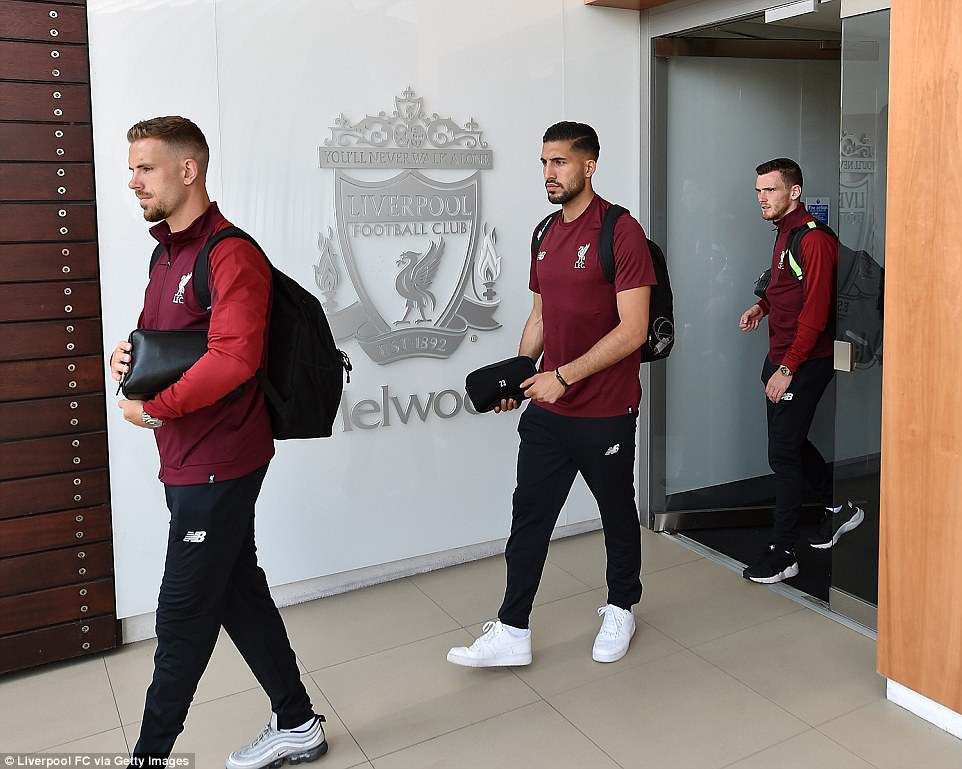 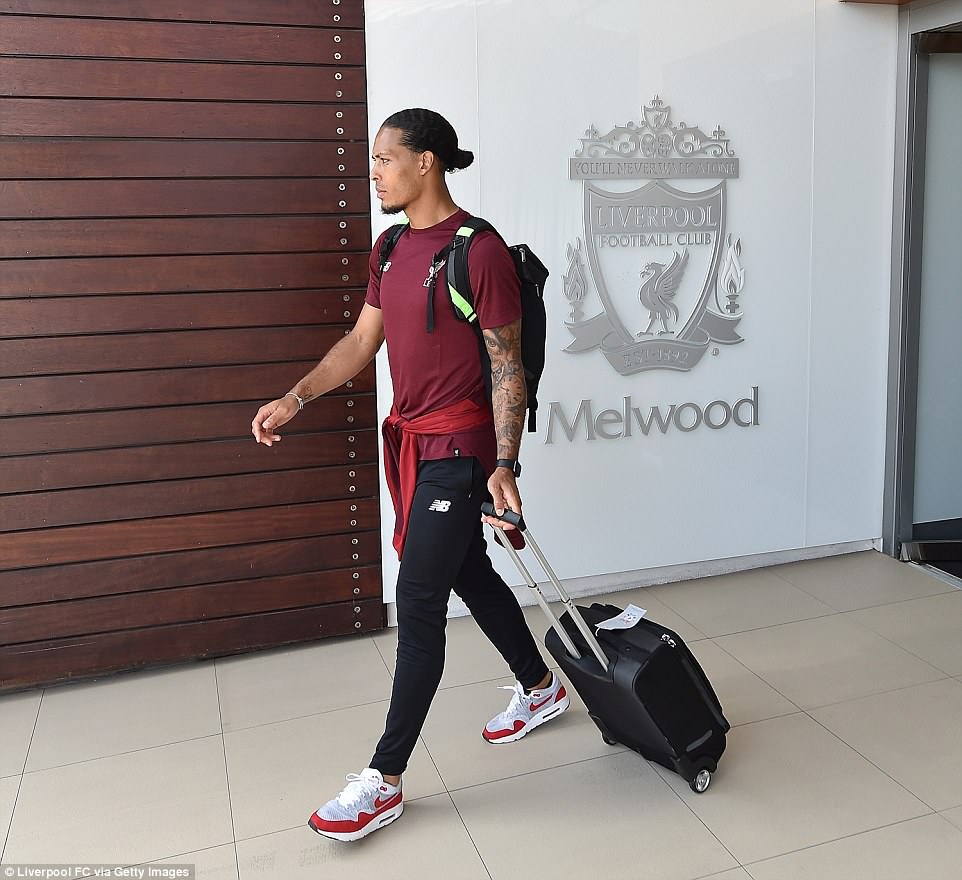 Van Dijk was a picture of calm on Thursday, with just two days to go until the final in Ukraine

They will hold an hour-long open training session in the NSC Olimpiyskiy Stadium on Friday evening after Jurgen Klopp and two players have sat for their pre-match press conference.

There were very few nerves on show on Thursday morning, as defender Dejan Lovren posted a video on his Instagram story.

In the short clip, he flicks between radio stations in his car, pulling a funny face when some classical music blares out of the speakers.

Lovren has had a topsy-turvy campaign, coming in for criticism on some occasions, but he was backed by Klopp this week.

Against Tottenham in October, the manager hooked Lovren after half an hour in one of his worst performances in a Liverpool shirt, and Klopp admitted he didn’t speak to him after the game. 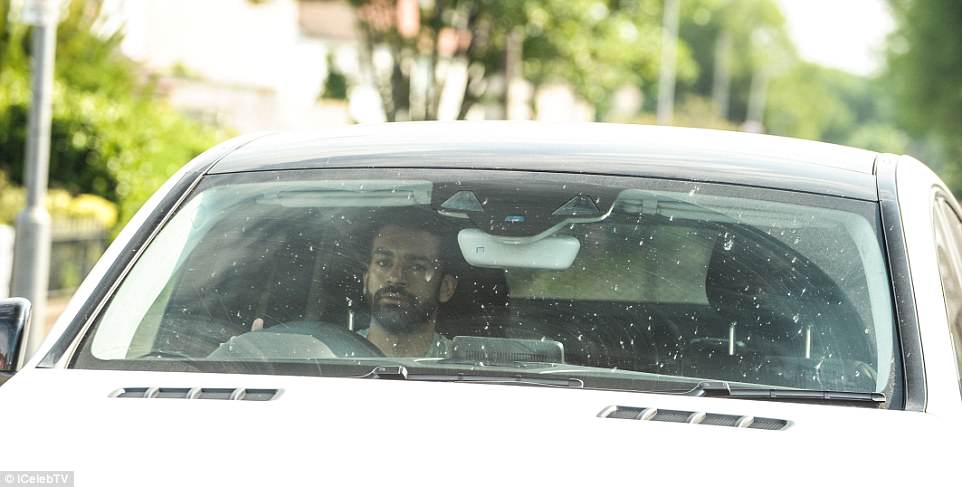 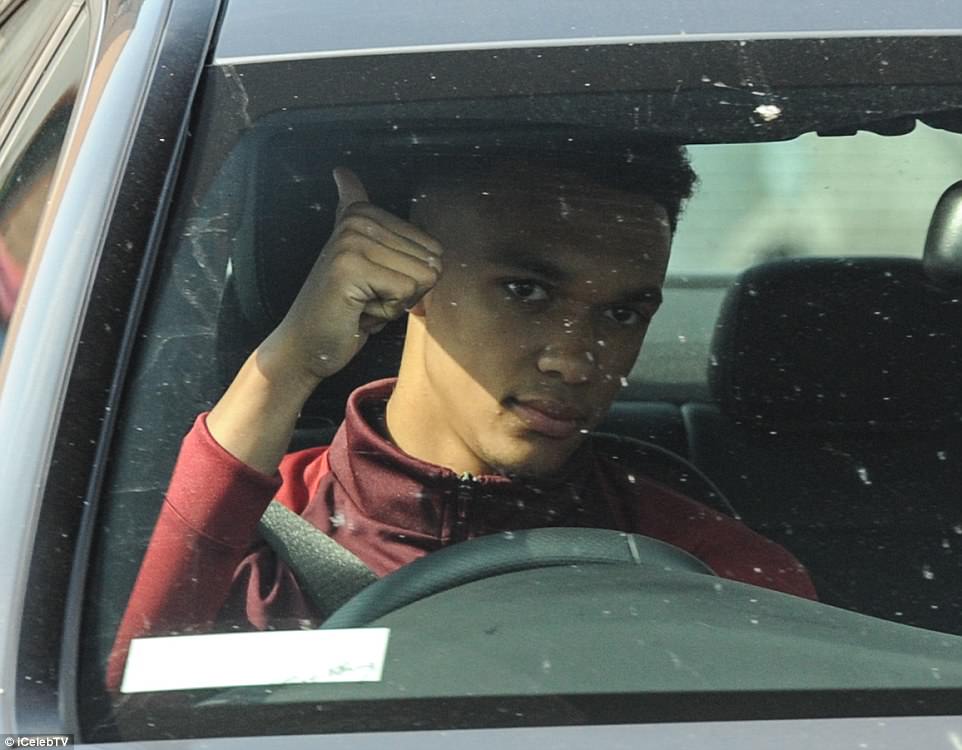 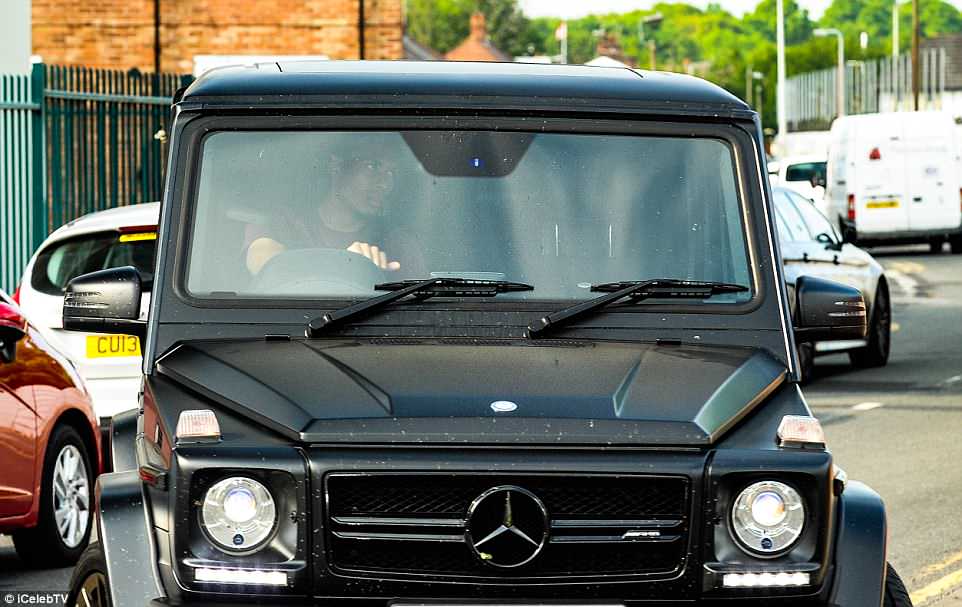 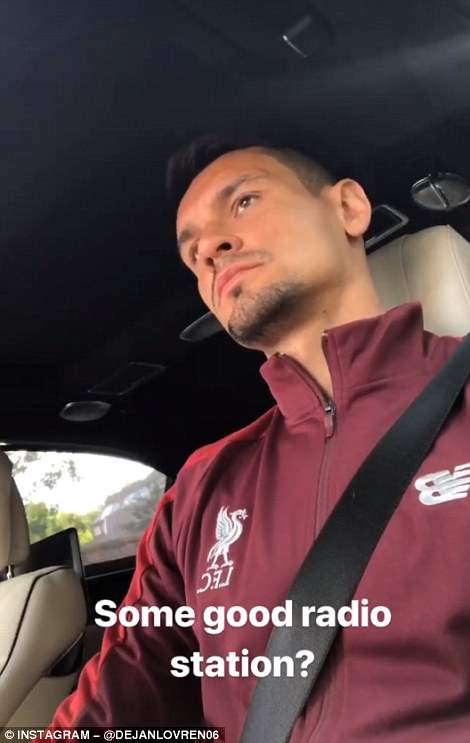 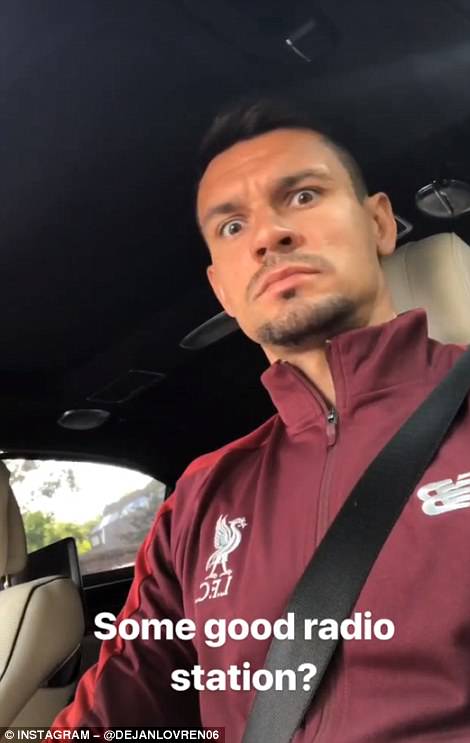 Despite that, the German insists Lovren is a world-class defender and he is set to start him on Saturday night.

‘Two positions that are really, really difficult to play for Liverpool: goalkeeper and centre half,’ Klopp told The Mirror. ‘It’s like you can never be good enough, whatever you do, they still say “we need a world-class replacement”.

‘The Tottenham game I was angry. It wasn’t like I was saying, “Boys, never mind it can happen, forget about it”. Not even one per cent of that. I was really angry.

‘I took Dejan off after 25 minutes and I didn’t speak to him afterwards. But then a few days later I saw him waiting for my talk, so I said come in. “You took me off after 20 minutes”. “Because you were bad”.

‘But I said to him – maybe this was the decisive moment when he got it – I think he’s a world-class centre half, 100 per cent.’ 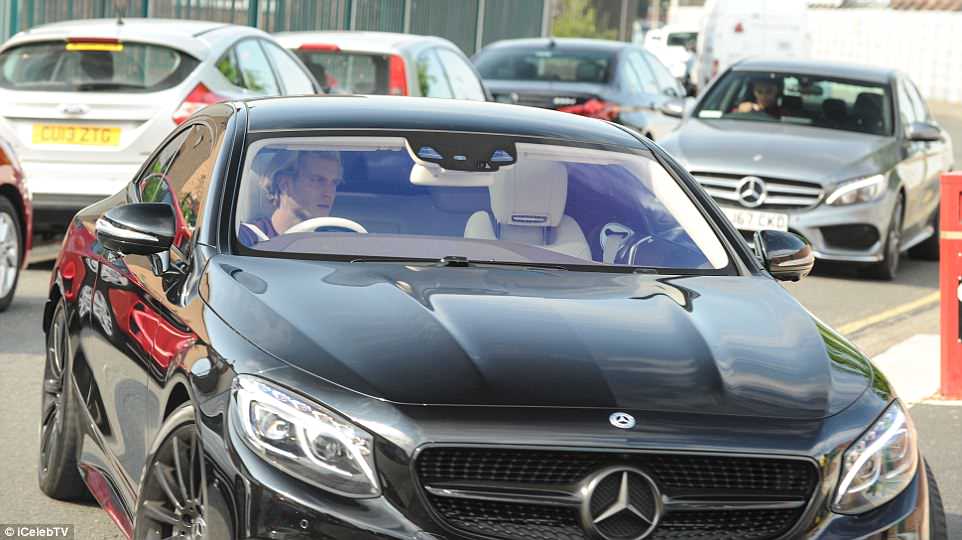 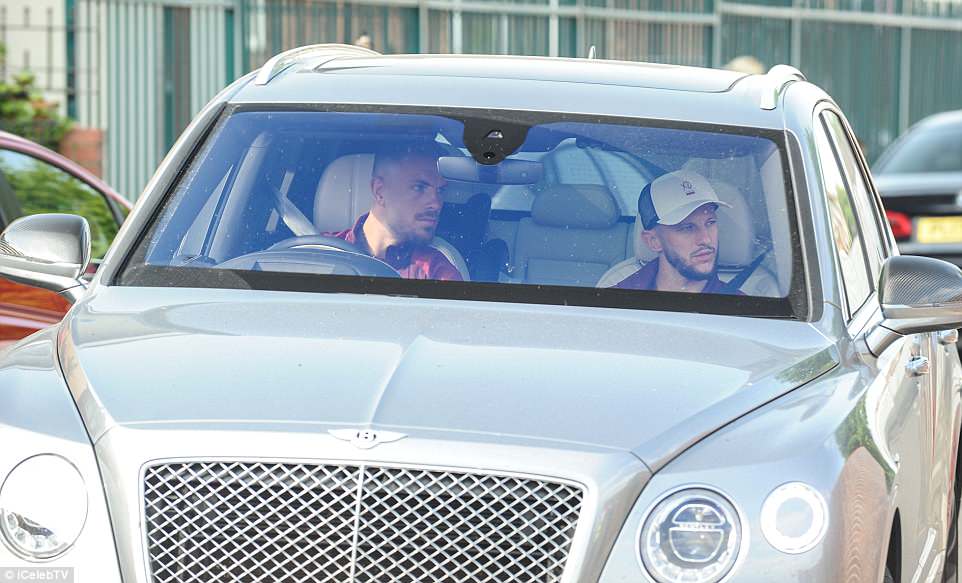