Liverpool train under the lights at Melwood

The visit of Maribor on Wednesday may not fit the bill as a famous night under the Anfield lights, but Jurgen Klopp is taking no chances in his preparations.

Liverpool trained at Melwood under the night sky on Tuesday as they geared up for the visit of the Slovenian champions just 24 hours later.

Klopp’s side top Champions League Group E over Spartak Moscow on goals scored, and plundered seven against the minnows in their back yard just a fortnight ago. 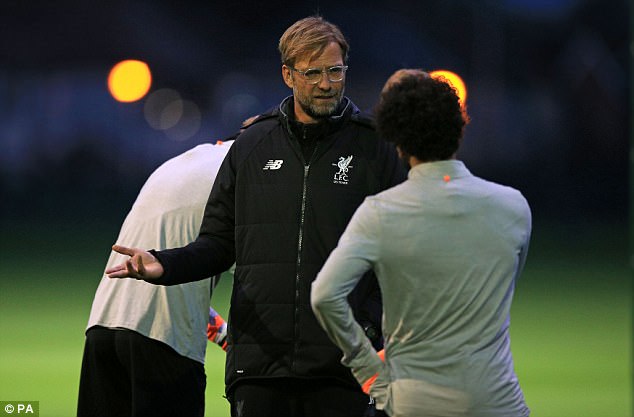 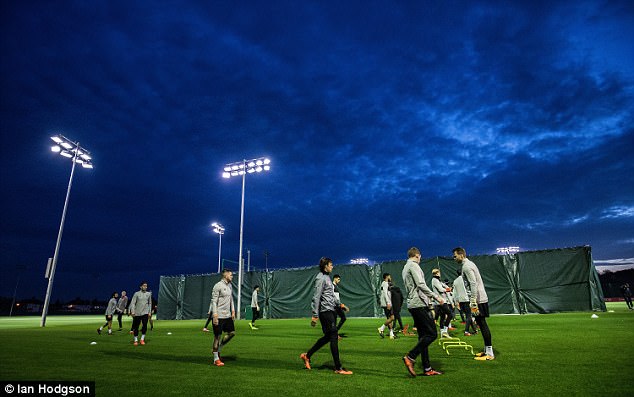 Liverpool will be sweating on the fitness of Philippe Coutinho up until kick-off after he missed the 3-0 win over Huddersfield on Saturday through injury.

Dejan Lovren also missed the victory over David Wagner’s side and remains a doubt for the Anfield clash.

Despite a record-equalling seven-goal victory in Slovenia just two weeks ago, Klopp admitted on Tuesday that he would be satisfied with a 1-0 win this time around.

‘I am 50 years old, I know what people think after results like this,’ he said. ‘7-0? It’s not even one per cent of our analysis. It is my job to make sure we are 100 per cent spot on. If we won 1-0, I will be perfectly fine. A clean sheet, three points would be perfect. 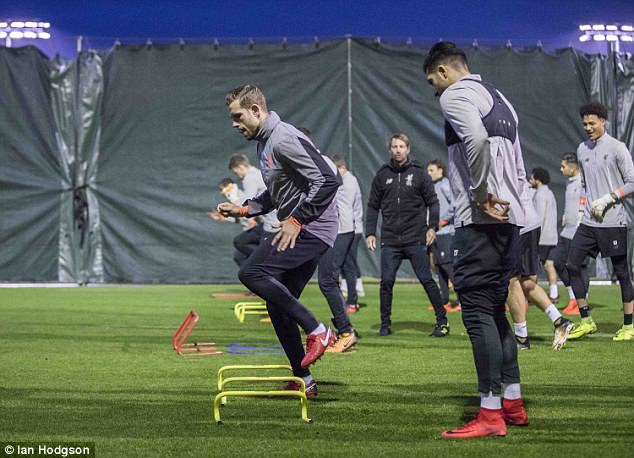 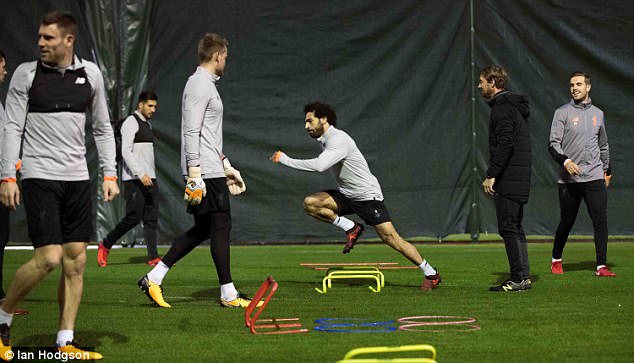 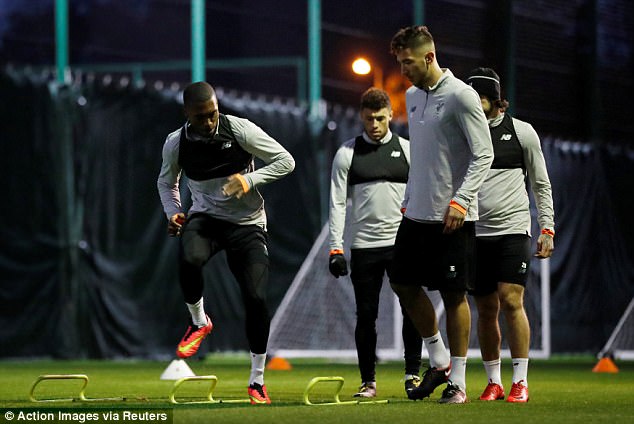 ‘We will take whatever we can get. That is all clear. The last result between Moscow and Sevilla everyone thought: “Oops! What happens there?”

‘We should trust each other that we are really ready. If we were not at 100 per cent that would be really crazy. The last game started really well. I have had too many football games in my life to feel relaxed. 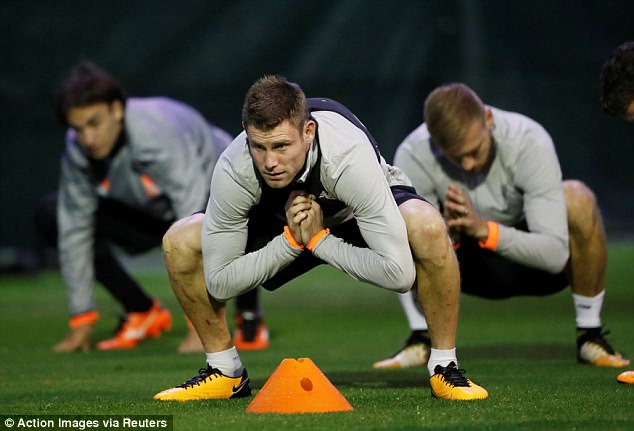 Liverpool vice-captain James Milner stretches out his muscles in training 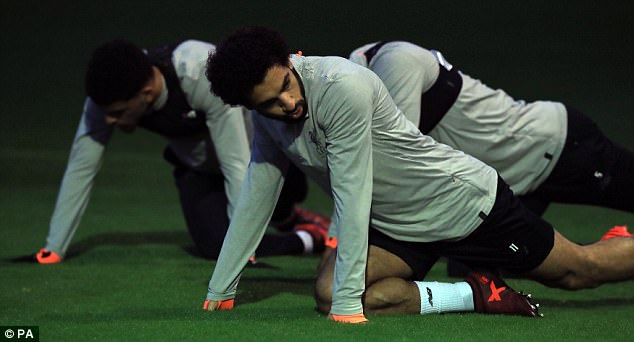 ‘We have to prove ourselves on the pitch, again and again and again. One and a half weeks after a bad game (against Tottenham), I cannot say we have learned. I have no problem with this.

‘All the games so far from a performance side have been really, really good. I’m not thinking about winning something.’ 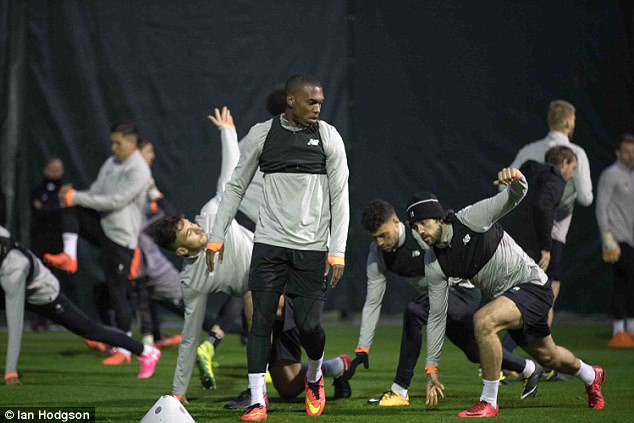 Sturridge will ;ppl to continue his return to goalscoring form after netting at the weekend