Liverpool transfer target Alisson jumps to defence of current Anfield stopper Loris Karius after his Champions League final horror show: ‘It is part of football and life must go on’

Liverpool transfer target Alisson has jumped to the defence of current Anfield goalkeeper Loris Karius after his error-filled display in the Champions League final.

The German shot-stopper was left in tears as he gifted Karim Benzema the opening goal before failing to make a routine save from Gareth Bale’s long-range shot late on.

However Alisson, who Liverpool have a keen interest to bring to Merseyside this summer, has defended Karius and claimed mistakes are just part of the game.

He told Gazeta Esportiva: ‘I got very sad. We, goalkeepers, when we see a mistake of another goalkeeper, we end up feeling as if they were us.

‘It’s very sad to see this, but he needs to put his head up. It is part of football and life must go on.

‘He has to be proud to have played in a Champions League final. Of course it’s not what he expected, but it’s part of football.

‘We are also subject to errors. We need to work hard not to let this happen to us.’ 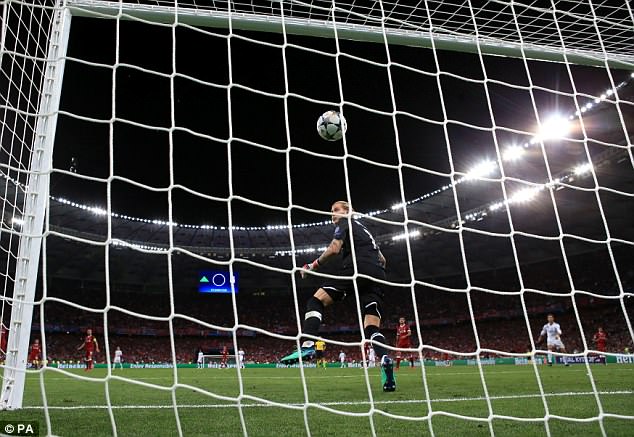 Alisson, who Liverpool want this summer, claimed Karius’ errors are just part of the game

Liverpool will look to test Roma’s resolve for Alisson, whose reputation has continued to grow. They have been linked in the past with Stoke’s Jack Butland but Alisson is the prime target.

The Reds are aware that it would take a world record fee for a goalkeeper to land the Brazilian, way beyond the £34.7million that Manchester City paid to Benfica for Ederson 12 months ago – Roma will not entertain bids that are below £60m.

Liverpool will also look to benefit from Roma’s Financial Fair Play issues as they again look vulnerable to losing big players in a bid to balance the books following UEFA punishment in May 2015 after reporting losses of £50m.