It will come as scant consolation after their gut-wrenching defeat in Kiev on Saturday night, but Liverpool’s swashbuckling efforts in Europe this season have been recognised after three of their top performers were named in Uefa’s Champions League squad of the season.

The Reds produced some scintillating football en route to their first final since 2007, topping Group E without losing a match before thrashing Porto and Manchester City and outlasting plucky Roma in a typically high-octane affair.

Ultimately it all ended in tears at the NSC Olimpiyskiy Stadium as two inexplicable errors from goalkeeper Loris Karius and Gareth Bale’s memorable bicycle kick made it three in a row and 13 overall for Real Madrid, with Mohamed Salah’s tearful first-half withdrawal due to a suspected dislocated shoulder a particularly bitter pill to swallow. There was no place for Sadio Mane, left, but defender Virgil van Dijk did make the cut

Such a disappointing early exit from the final was never likely to diminish his achievements in this season’s competition, however, with Salah named alongside Roberto Firmino in a star-studded 18-man squad selected by Uefa’s technical observers.

However, the other member of Liverpool’s feared attacking triumvirate – Sadio Mane – was overlooked despite notching in Ukraine to give the club three scorers in double figures. They each netted 10 goals apiece. 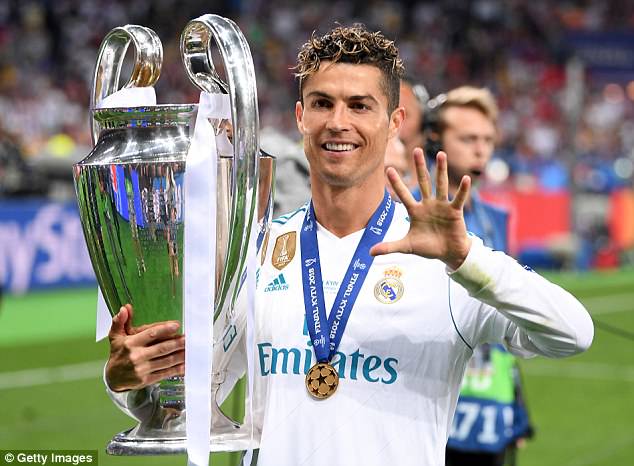 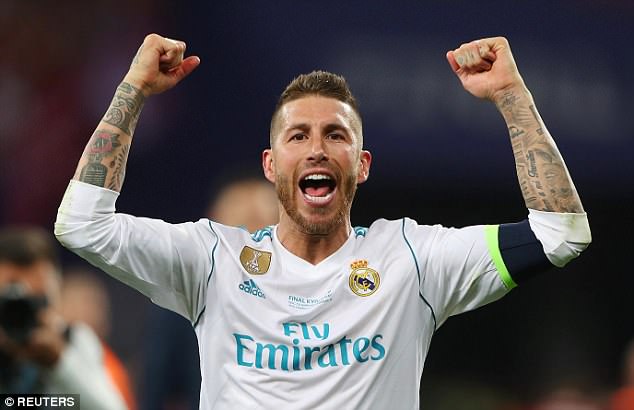 Virgil van Dijk, though, was rewarded for excellent ‘composure and stability’ displayed after joining Liverpool in time for the group stages.

The only other representative from a Premier League club was Kevin De Bruyne, who laid on four goals of his own during Manchester City’s run to the quarter-finals.

Real unsurprisingly dominated Uefa’s squad, with all-time top scorer and five-time winner Cristiano Ronaldo leading the way after finishing as the Champions League’s most deadly marksman for the sixth season in succession.

There was, of course, a place for Lionel Messi, who finished the season as the top scorer in Europe’s major five leagues after neither the injured Salah nor the unusually peripheral Ronaldo added to their respective tallies in Kiev.

Alisson and eight-goal Edin Dzeko are Roma’s representatives, while Joshua Kimmich and James Rodriguez get the nod for Bayern Munich.

Giorgio Chiellini was chosen as the most important player of a Juventus campaign that ended in drama and infamy at the Santiago Bernabeu in April. 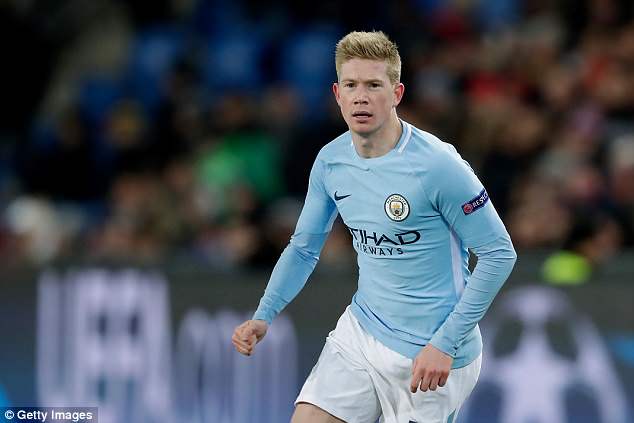