Liverpool unveil new away kit for the 2021-22 season which is ‘crafted in stone and celebrated in style’… with Trent Alexander-Arnold, Alex Oxlade-Chamberlain and Roberto Firmino among first-team stars to model 1996-97 throwback shirt

Liverpool have unveiled their new white away kit for the 2021-22 season with a number of first-team stars posing for the camera in the big reveal.

Posted online with the tag line ‘crafted in stone, celebrated in style’, the fresh shirts are white with a dark green collar and bottom-of-the-sleeve, in a somewhat simpler change from last season’s bright blue second strip.

First-team stars such as Trent Alexander-Arnold, Alex Oxlade-Chamberlain and Roberto Firmino all model the shirt in the unveiling, while new signing Ibrahima Konate’s squad number has also been revealed as the centre back takes the No 5. 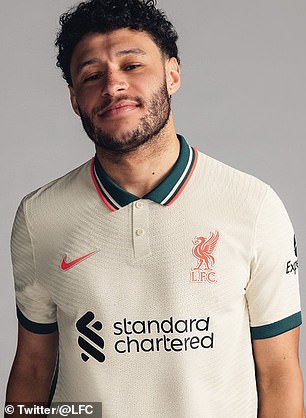 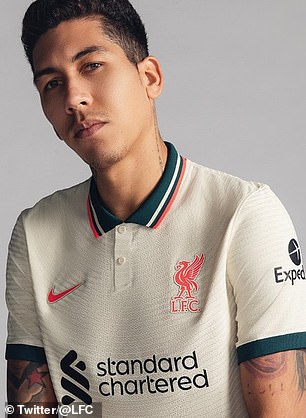 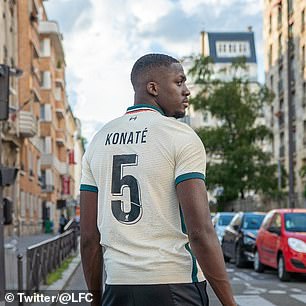 Alongside the unveiling, new signing Ibrahima Konate’s squad number was revealed to be No 5

In a website press release, the club detail that the new jersey ‘epitomises the rich history of Liverpool… a city born through graft and hard work, that is celebrated through its unique style and love of high-end fashion.’

It continues: ‘A city with an unmistakable skyline comprised of three iconic buildings called the Three Graces, it’s symbolic of the local prestige, cultural importance and togetherness that comes with being a part of Liverpool FC.

‘In a nod back to the cult classic kit of the 1996-97 season with its off-white stone and teal colourway, this away jersey remains consistent with the home and wider collection, with the striping detail in the collar and sock.

Other players to show off the new garms are Portuguese forward Diogo Jota, the currently injured Joe Gomez and home-grown midfielder Curtis Jones. 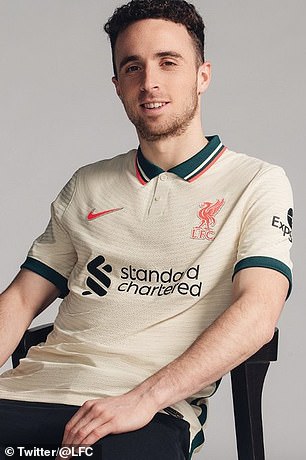 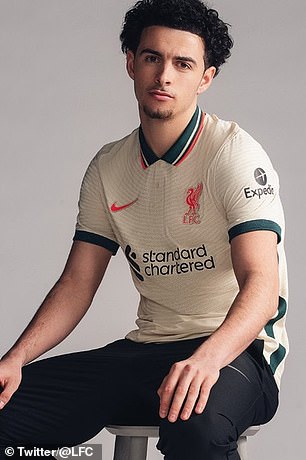 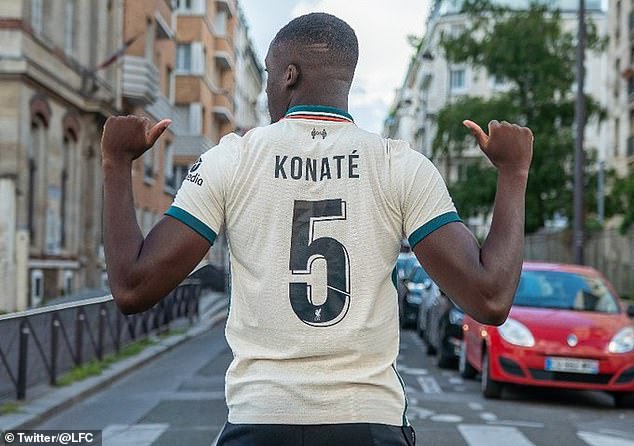 Jones said: ‘I think the fans will love this one. It’s a perfect reflection of the city and you can see the inspiration throughout the design with a throwback to the ’90s.’

On the nape of the neck, the 96 emblem encased by the eternal flames sits proudly in memory of the 96 children, women and men who lost their lives at Hillsborough. 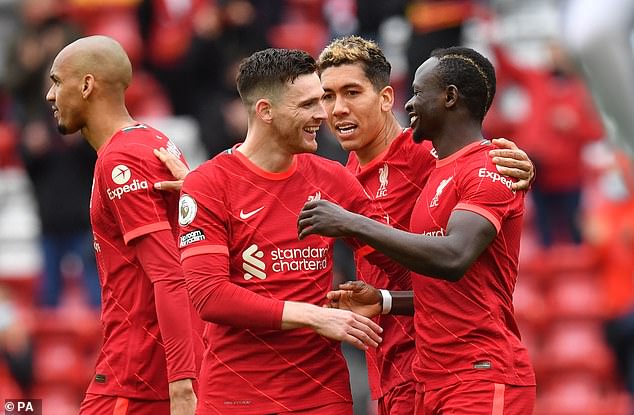