Liverpool’s Harry Wilson was 16 years and 207 days old when sent on for the final three minutes of Wales’s dead rubber World Cup qualifier against Belgium in October 2013.

Gareth Bale lost his record as the youngest Welsh international in that moment but Craig Bellamy questioned Chris Coleman’s decision to blood Wilson at such an age.

England were showing an interest and capping Wilson in a competitive fixture cemented his Welsh allegiance forever. Bellamy wondered about the morality of it. 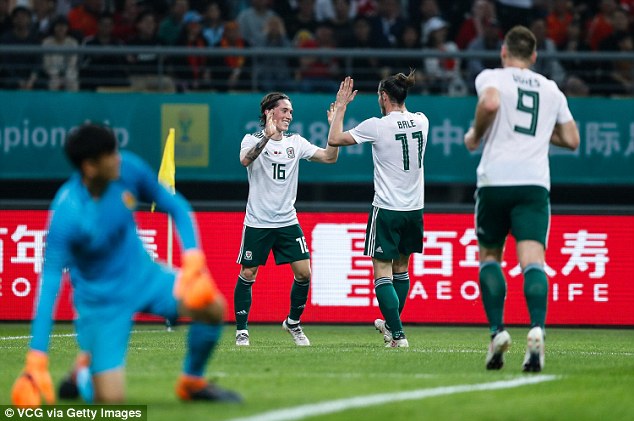 Though consistently trusting in youth, notably with Ben Woodburn, Coleman would not send Wilson into action again.

More than four years have passed but Wilson’s wait for his second cap was worth it. Playing against China on his 21st birthday he played a one-two with Bale and curled a beautiful shot into the far corner.

It was the crowning act in an impressive display for a player who wants to return from his loan spell with Hull to try to force a way into Liverpool’s first-team squad this summer.

‘When I saw the fixture announced I knew there was a chance I could be playing on my birthday. So that’s what I dreamed of,’ Wilson said. ‘I couldn’t ask for a better present.’

Speaking with a classic Welsh accent, Wilson, born in Wrexham, reflected on that debut all those years ago.

‘Obviously I was delighted to make my debut at such a young age, but I’ve always wanted more,’ he said. ‘I just wanted to go out there, play well, and enjoy wearing the shirt again. 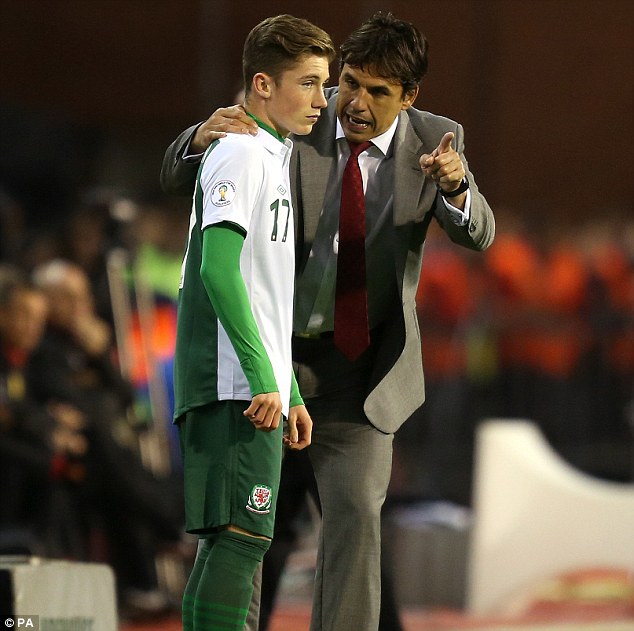 ‘My debut was all a bit of a whirlwind. I was very young so my parents said to me, “Just go there and enjoy it, and if you get your chance do well.”

‘There was never a question of who I was going to play for. The English showed a bit of interest, they got in touch, but I was born in Wales, raised in Wales, so there was never any doubt about that. I knew I wanted to play for Wales from an early age.’

Wilson’s loan at Hull, secured in the closing stages of the winter window, is going well. He has scored three goals in six Championship games to ease the club’s relegation fears.

‘It has been massive, it’s what I wanted,’ he said. ‘I was more than ready for senior football, so I just wanted to go there, I’ve been given the minutes I wanted and hopefully I am doing well so when I go back to Liverpool pre-season I can have a good go at it.’

The discussions with Jurgen Klopp were honest. 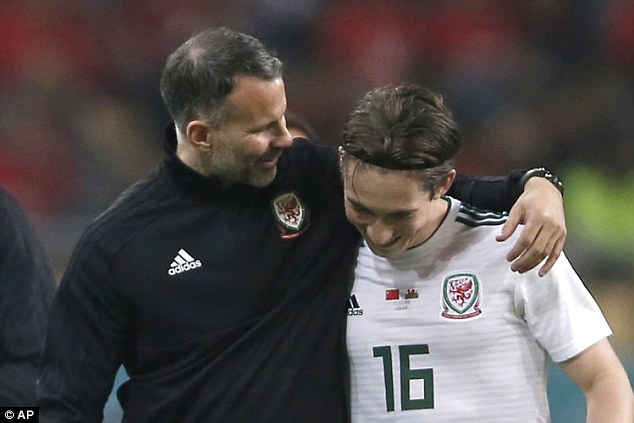 ‘He is very easy to speak to. He is a brilliant man manager, so I had a few conversations with him, let him know I wanted senior football and then he told me his view of it.

‘Thankfully I was able to get out at the end of the window and I’m in a great team in Hull and hopefully we’ll stay up.’ Wilson’s ambitions extend to his parent club, where he has one FA Cup appearance.

‘I have been at Liverpool since the age of eight, so that’s always been my dream to play in the first team,’ he said. ‘If that’s not to come next season hopefully it will in the future. Hopefully the manager was watching against China. I might get a message off him.’

Next up is a match against Luis Suarez’s Uruguay. ‘I trained a bit with him when I was a young lad and it was great to see his qualities first hand,’ Wilson said.

‘As a Liverpool fan I was very disappointed when he left. We’ll hopefully be able to keep Suarez quiet and beat Uruguay. If we play how we did against China we’ll beat anyone.’