‘If you go on it will never stop:’ Georginio Wijnaldum insists he would walk off the pitch if he was racially abused even if it was in a cup final… and hopes he would be supported by Liverpool or Holland team-mates

Liverpool midfielder Georginio Wijnaldum has become the latest player to declare he would walk off the pitch if he was racially abused during a match.

The Holland international hopes he would be supported by his team-mates in taking such a stance, regardless of whether the game was the Champions League or Euro 2020 final.

‘Memphis Depay said it in the conversation that I had with him, really good, that a lot of people don’t understand the pain you feel as a black player if you get abuse,’ said Wijnaldum to CNN Sport, referring to his Dutch team-mate.

Asked if he would walk off, Wijnaldum replied: ‘Yeah, I would. Why should I play, in that case? I think everyone should do it. That’s the way you support another person, because why should you go on?

‘If you go on it will never stop, because the people will think: “Ok, we will abuse the player, they will go inside, we will stop a little bit, but they will come outside again, we will play the game, so why should we stop?”‘

As to whether he would do so in a major final, he said: ‘Yeah, I would, for sure, because those things in my opinion cannot happen.

‘Everyone will have their own opinion about it, but in my opinion you should also protect the players.’

Wijnaldum is hoping he would be supported by his Liverpool or Holland team-mates if he chose to walk off, unlike Mario Balotelli. 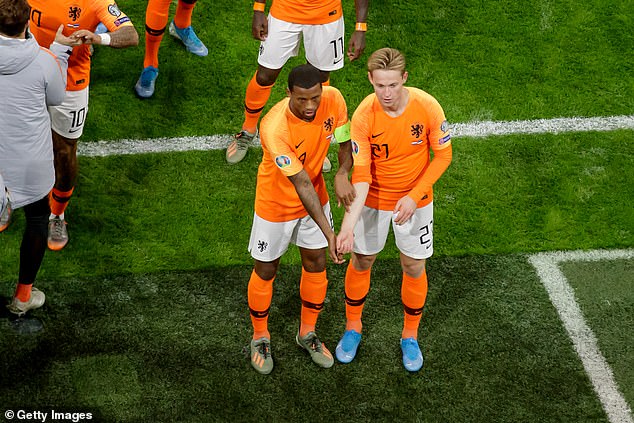 The former Reds star and Brescia striker threatened to leave the pitch after claiming he heard racial slurs during his side’s Serie A defeat at Hellas Verona in early November, only for his team-mates to convince him to play on.

‘It frustrates me a lot to see that because you don’t know what he is feeling,’ said Wijnaldum.

‘With Balotelli it was not the first time it happened, so you don’t know what he is feeling. Why don’t you support him and walk with him from the pitch? Why don’t you do that?

‘They will say: ‘Yeah, don’t let them get in your head’ but they don’t feel the pain of the person who gets racially abused.’ 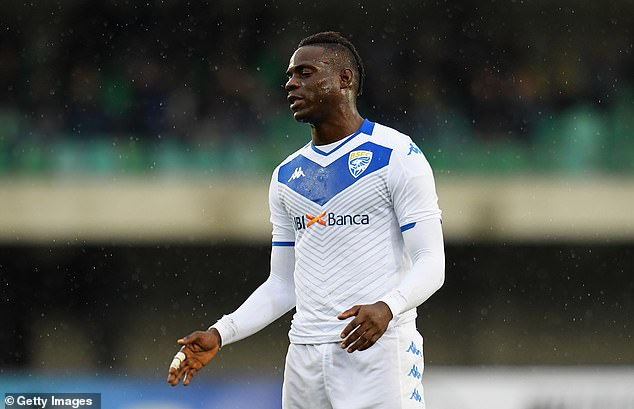 Vincent Kompany, who was a stalwart of Manchester City’s defence for 11 years before moving to Belgian side Anderlecht in the summer, has suggested UEFA requires more black people at its head, or on its disciplinary panels at least, to come up with fit and proper solutions to curb the rise of racism inside football grounds.

While Wijnaldum agrees with Kompany, he feels it is not just incumbent on additional black people inside UEFA, but on everyone to play their part.

‘It might be good if a black person, or a few black people, are in that position because they know how it feels when you get abused,’ said Wijnaldum.